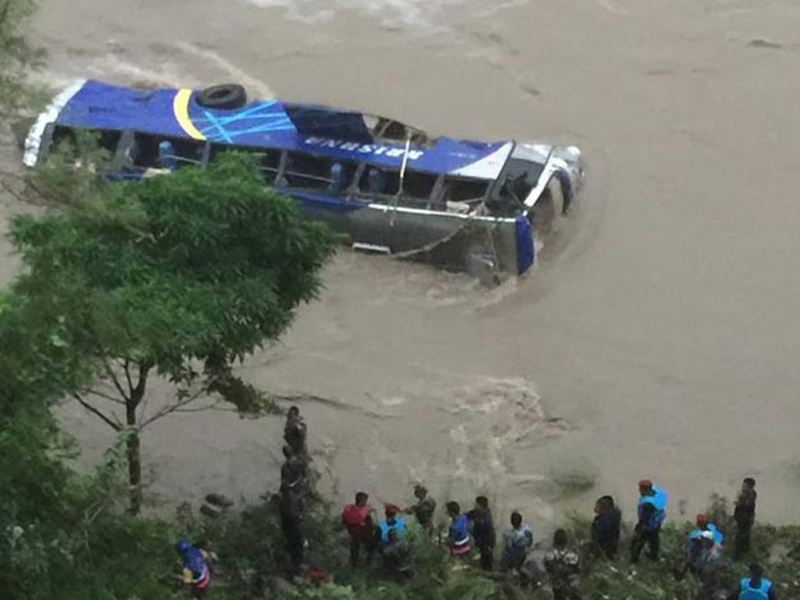 At least three persons were killed, when a bus travelling from Sarlahi district plunged into the Trishuli river on the way to Kathmandu at around 3:30 AM on August 09, 2019.

The incident took place when the bus Na 6 Kha 7469 carrying 40 people skidded off the Prithvi highway in the early hours of today morning.

According to Police Officer Rajkumar Baidawar, the Nepal Army, Armed Police Force of Nepal, Nepal Police and volunteers from the Red Cross Society have been roped into the rescue operation and are taking help from locals.

Police officials have informed that the rescue mission is not easy as the incident occurred at a difficult place below the road. 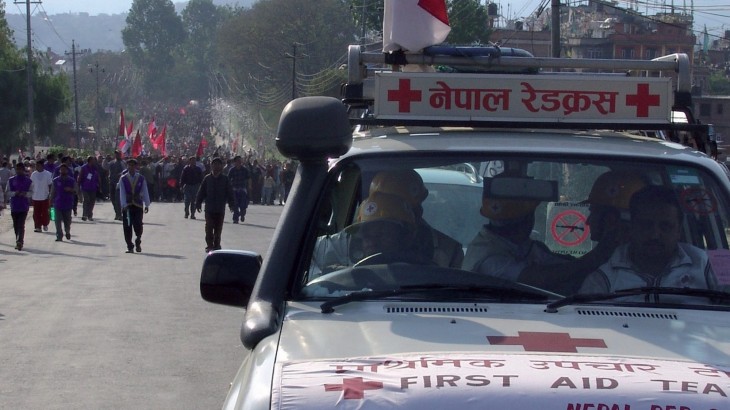 Police have rescued 10 passengers who were rushed to various hospitals as they seriously injured.

The rescue team is on the search for the remaining members.