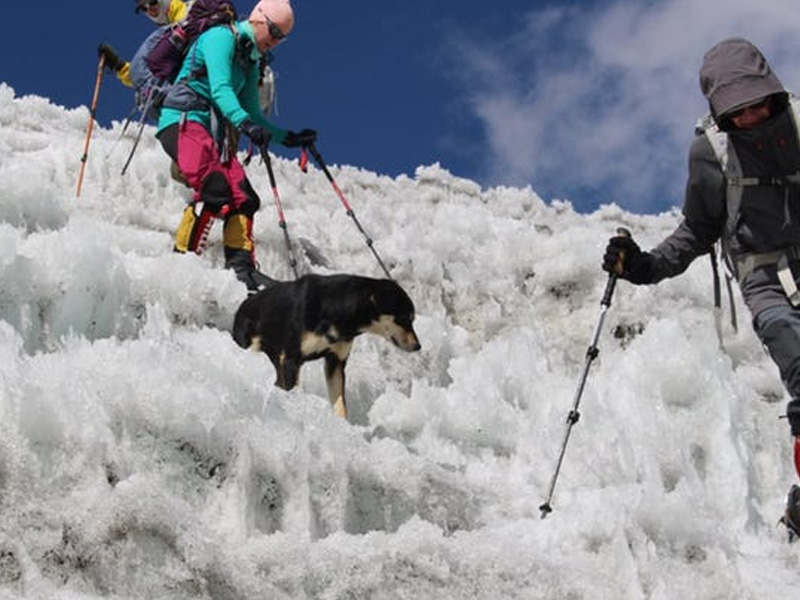 We have heard of many stories of humans making mountainous expeditions.

Here comes an interesting update about a dog that followed a mountaineering expedition to become the first of its species to reach the Himalayan Summit!

Yes! A stray dog named ‘Mera’ has recently ascended the 7000-mt mountain in the Himalayan region.

Mera joined the expedition team on their descending journey from Mera Peak and accompanied them to Baruntse Peak in the Himalaya region, south of Mount Everest.

The 45-pound animal crossed the glacier and joined the group’s leader Don Wargowsky. 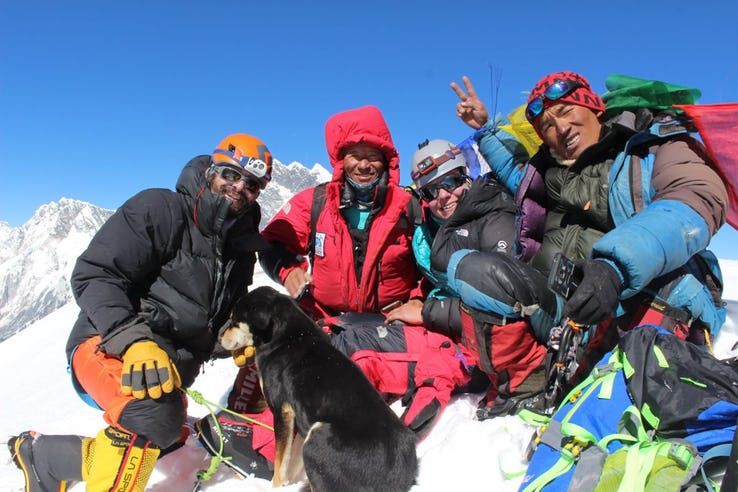 Don continued his journey with Mera for over three-week period sharing his tent, sleeping pad and a jacket for use as bed.

“They’d never seen anything like this happen. They said she was a special dog, that she brought luck to the expedition. Some even thought she was blessed,” says Don.

It is heartening that Mera missed the track of climbers and had to stay back alone for two continuous nights on a glacier, facing chilled climate and heavy winds.

Fighting back the odds, Mera continued her expedition with the help of two climbers who had to return in that direction.

Next in the journey was more tough for Mera. Considering the bad weather and snowy path on either sides of the walk, Don tied Mera at a base camp. But Mera did not stop to catch hold of the rope and join the team in less than an hour time. 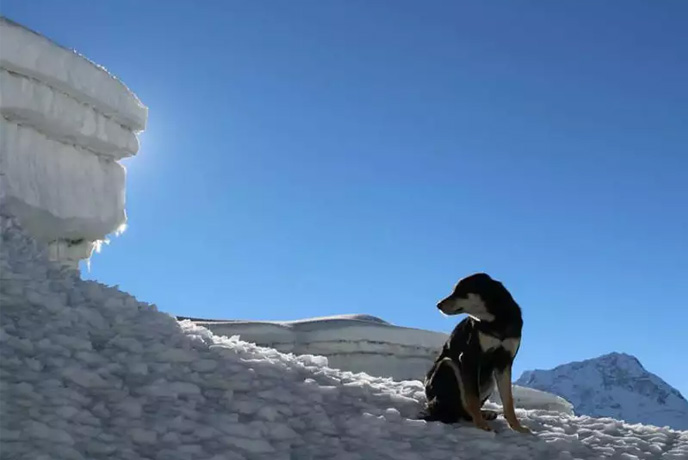 Bad weather again came in at the second base camp in the journey, where Don and Mera had to stay back for four days in a same tent and sharing food.

Don again left sleeping Mera at the basecamp and continued on his journey. But to the team’s surprise, the dog that slept until morning managed to reach the team so fast in two hours, which for climbers took more than 6 hours.

Finally, at less than 20-degree temperature when even the climbers were managing to step further in intense weather at a high altitude, Mera went running ahead of them!

I’d never been on top of something like that with a dog. She was leaning up against me and wanting to be petted. It was pretty surreal,” Don said in a statement.

Finally, the dog has moved out of Nepal and has been adopted by the expedition’s base camp manager Kaji Sherpa.

The team was overwhelmed and inspired by the courageous efforts of the successful ‘Mera’!