Entrepreneurs in Nepal’s tourism sector have approached the government to vaccinate frontline tourism staff and workers. They demanded 5,000 doses of vaccines from the government.

The demand was put forth by Pokhara Tourism Council Chairman Gopi Bahadur Bhattarai on Tuesday. He approached the Finance Minister of Gandaki Province, Ramjee Baral.

He asked for the immediate vaccination arrangement as the tourism sector was one of the worst-hit sectors due to the global contagion.

Chairman Bhattarai stated that the demanded dosage would be provided to the workers of hotels and restaurants in the first phase. “Though it requires 20,000 doses for entire tourism entrepreneurs in Pokhara, we have merely demanded 5,000 vaccines to address the immediate need”, he said.

The tourism delegation, composed of Chairman Bhattarai, operators Agni Kandel, Basu Tripathi, and Tikaram Sapkota, also asked for a new schedule on loan repayment. Due to the pandemic impact, small and medium enterprises would struggle to repay the actual loan installments and interest amounts within two years. 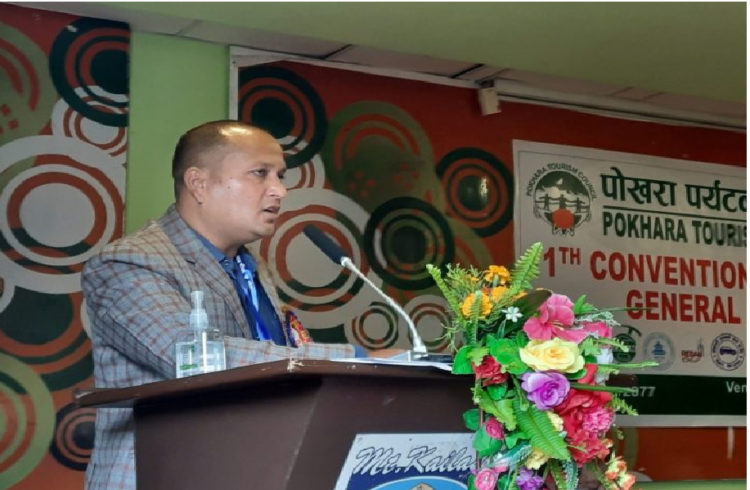 The delegation asked the government to consider the tourism sector as a top priority in the fiscal year of 2021/22.