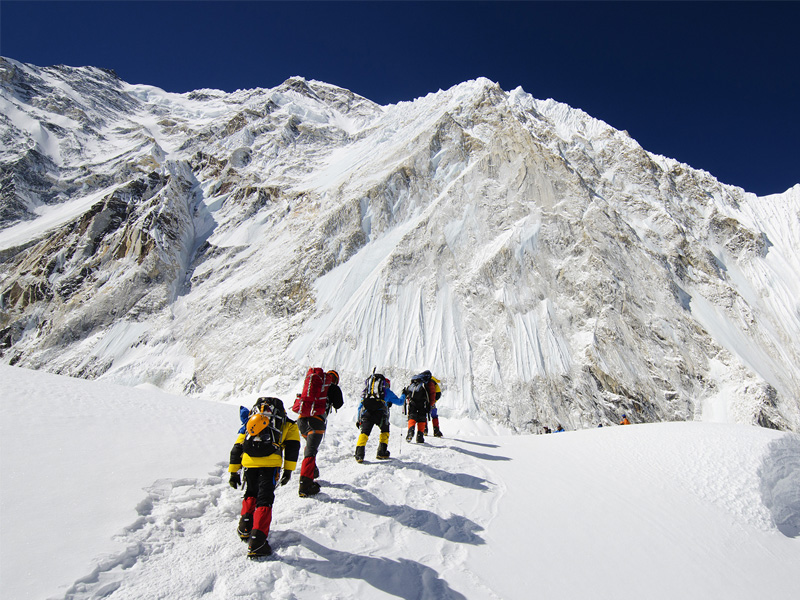 Data from the Nepal Tourism Department (DoT) reveals that climbers from 37 countries will be scaling six mountain peaks, this autumn climbing season in Nepal.

Following is the number of climbers who will be climbing the different Nepal peaks in Autumn 2019:

“We have seen a surge in the number of climbers in autumn season. This could be because of the country’s good tourism image,” said Surendra Thapa, Information Officer, the DoT.

However, the Department has observed a decline in the number of mountains people choose to climb, this autumn climbing season. Only six mountains’ permits have been obtained till date.

During the same period last year, nine mountain peak’s permits were issued by the DoT.

Thapa says that mountaineering is crucial to tourism in Nepal as it increases climbers’ length of stay and spending as mountaineers spend days together to get used to the high altitude of the mountains.

“A single mountaineer employs an average of 11 people during climbing season. Expedition companies need guides, porters and life support, among others. This creates jobs for many,” added Thapa.

The more mountaineers visit Nepal for mountaineering, the more it will benefit the Nepali economy and its Visit Nepal 2020, says the Department of Tourism.

The Department of Tourism has revealed that it received NPR 24.18 million as royalty from the above expeditions teams.

The Department says that a total of 414 Nepali mountain peaks have been opened to mountaineers from around the world. 86 of them are still unclimbed.