The timeless culture and architecture of the Newars has been preserved till date in the beautiful town of Bandipur.
Tourism 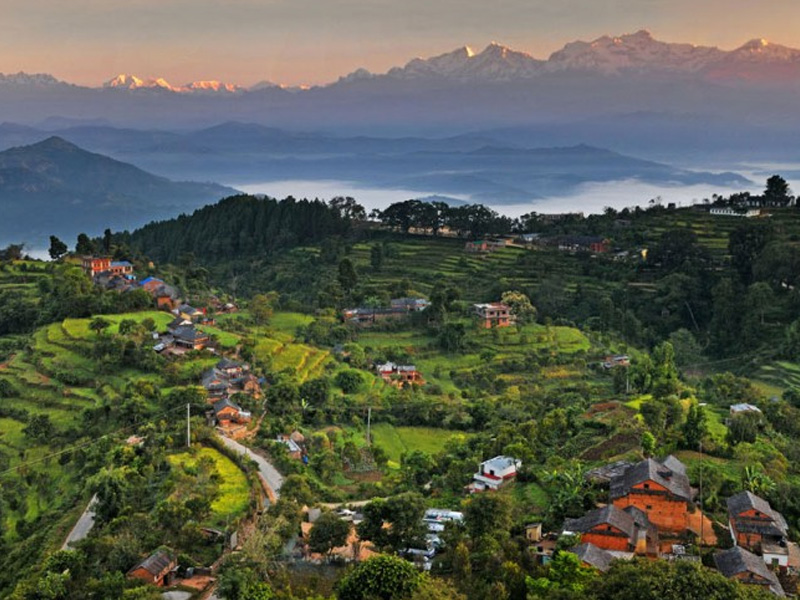 Among the gigantic mountains of Nepal, stands a warm hilltop settlement and municipality in the Tanahun district called Bandipur. This establishment was formed on 18 May 2014 by merging existing Dharampani and Bandipur village development communities. According to the 2011 Nepal census, the town had a population of 15591 people living in 3750 individual households.

The timeless culture and architecture has been preserved till date depicting its glorious past. Because of the old Newari flavor to the town, Bandipur has become a major tourist attraction.

The town of Bandipur stands at an elevation of 1030m on a mountain saddle approximately 700m above the Marsyangdi river valley. Its medium elevation presents an excellent view of the Himalayas, the Marsyangdi Valley, Mount Manakamana, and Gorkha. 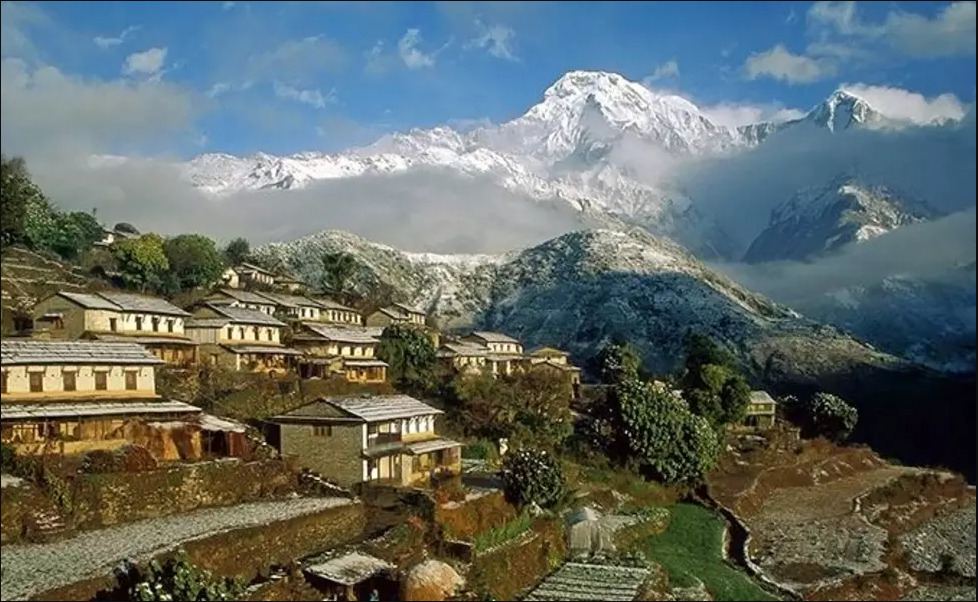 This settlement is neighbored by Kathmandu on the west and Pokhara on the east.

A Visit to the Past

Bandipur was established as a trade point by Newari traders post their exodus from Bakthapur in Kathmandu Valley. This happened because of Prithvi Narayan Shah’s invasion in 1768.

In the early 19th century, the Bandipur we know today, was a simple Magar village. With the growth of trade, Bandipur became a booming trading center and developed town-like characteristics that were outlined by the traditional buildings with the Newari-fashioned look, shuttered windows and slabs of silver.

Bandipur saw some glorious days during the Rana times (1846-1951) when it was at the helm of power and prestige. It was at this time that it was granted special permission to have its own library, known as Padma Library which exists till date.

A Walk Around the Town 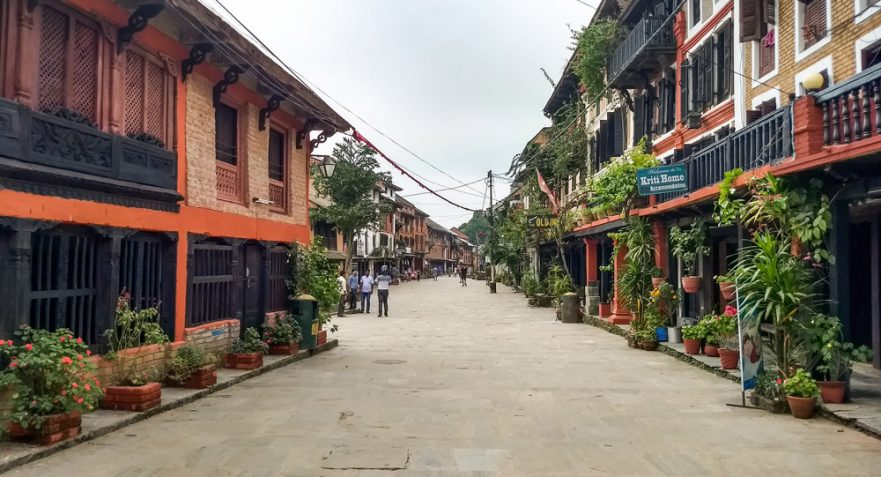 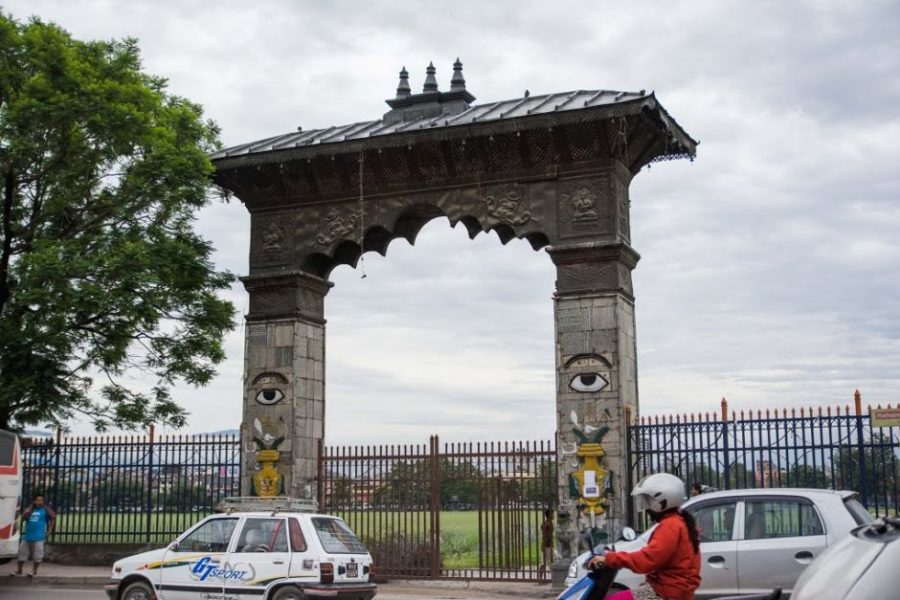 Located towards the north of Bandipur’s main bazaar, Tundikhel presents a spell-binding view of the Himalayan range which includes the charming peaks of Dhaulagiri, Macchapuchhare, Langtang, Manaslu and Ganesh Himal. One can enjoy a view of the Gorkha Palace and the famous Manakamana Peak.

At about 500m to the west from the main bazaar, lies the Purano Kot. This tourist destination was originally a fort. A 20-minute walk over the stone-pathway will take you to the top. Situated nearby is a temple with many old statues and a newly constructed temple of Thanithan Mai.

Local Belief: People believe that praying to Lord Shiva at this spot will bring rain during a period of drought.

The downhill trek and the uphill climb to Ramkot village will be a treat to adventure seekers.  Ramkot village offers tourists a reflection of the Newari culture. 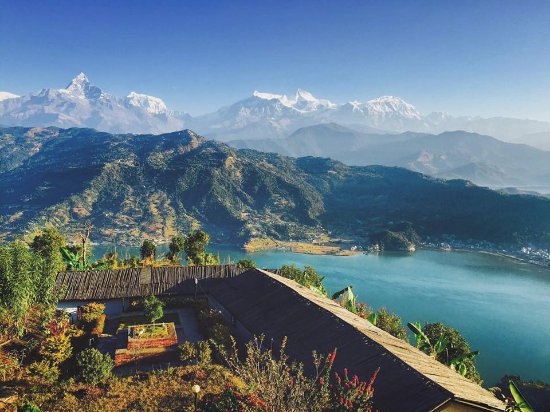 A treat to Nature enthusiasts, the Raniban is a forest of Sal trees. Its beautiful greenery and tranquil atmosphere can have a calming effect on visitors.

The ancient fort is situated on the northeast of Bandipur and came into existence since the rule of Mukunda Sen. Its higher elevation enables visitors with a stunning view of the mountains.

Festivals at a Glance

Dashain or Khadga Jatra is the most important festival of Nepal and is celebrated with great fervor in Bandipur. The celebration prolongs for many days. A grand religious service is observed around the Khadga Devi temple. People from the Magra and Kamis communities carry the sacred sword and parade through the town to be worshipped by devotees.  This is followed by a procession of the military band.

The People of Bandipur

The existence of Bandipur begin with the Magars but today Bandipur has a mix of several ethnic groups. Bahuns, Chhetris, Newars, Damais, Kamis, Sarkis, Kasais, Magars and Gurungs are the ethnic groups that share a peaceful existence in the quintessential Newari town.

How to Get There!

A drive from Pokhara or Kathmandu will bring you to Dumre Bazaar by midday, and from there it takes about a half hour to Bandipur Bazaar in a bus ride from Piple, 1 km west of Dumre. From Dumre , you  can take the local rides that commute between Dumre and Bandipur.

You can also hike through the historical route “Bandipur Old Trail, will take you about two hours. The hike ends in Tundhikhel and a five-minute walk from there will take you to the heart of Bandipur: Bandipur Bazaar.

Route through the Siddha Cave: This route to Bandipur will present you with the visual delights of the caves and the Bandipur hillside. The journey begins from Bimalnagar and takes you via the Siddha cave which is probably the biggest cave in the Himalaya. The trek will get you to Bandipur in about an hour and a half.

Make a trip to Bandipur and live the age-old culture of the Newars.