This is the first ascent of the 2020 expedition season in Nepal.
News
Tourism
World 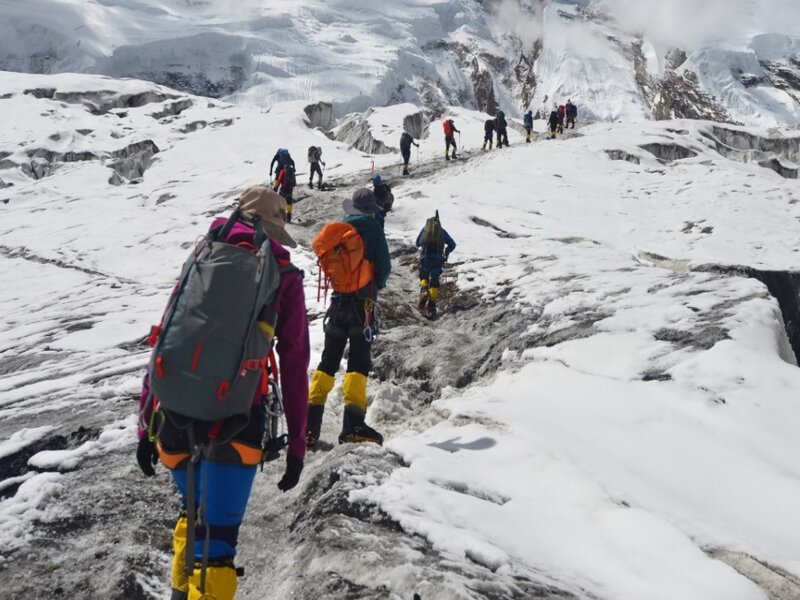 Prince of Bahrain Shaikh Nasser bin Hamad Al Khalifa, along with his expedition team, has successfully scaled 6,119m Mt. Lobuche on Saturday. With this, he became the first royal member from Gulf countries to climb a Himalayan summit.

According to the Seven Summit Treks, the entire expedition team consisting of 27 Sherpas, 15 Bahrainis, and three nationals from the UK have reached the mountain summit at 8:50 AM on October 3, 2020. 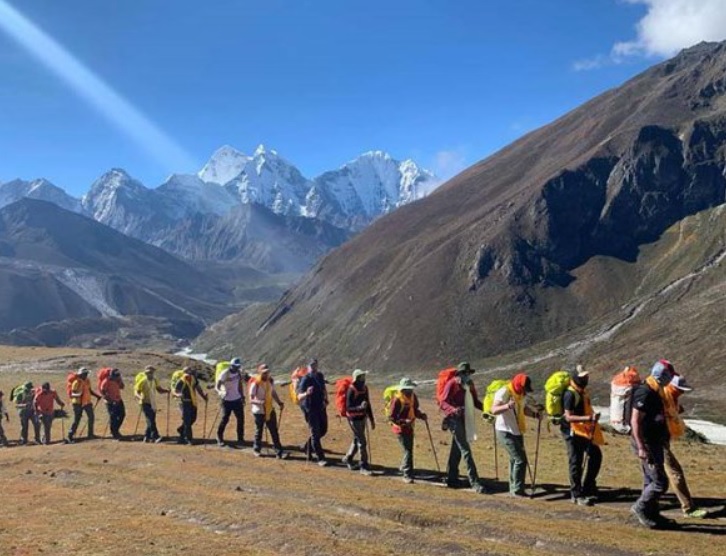 After receiving their climbing permits on September 22, the team of ‘Bahrain Everest’ reached Nepal and quarantined in Kathmandu for a week before heading to Everest base camp and then to Lobuche.

The team also consists of famous Sherpas, including Mingma Sherpa, the record holder for becoming the South Asian to scale all 14 world’s highest mountains, and Tashi Lakpa Sherpa, the youngest person to climb Everest without using supplementary oxygen.

Also Read| Prince of Bahrain, 17 Others to Reach Nepal to Ascend Mt. Manaslu

This is the first ascent of Nepal’s 2020 expedition season after the government closed Himalayan peaks for mountaineering activities due to the coronavirus pandemic.

After a hiatus of six months, the Nepali Government has resumed mountaineering activities in July and allowed the Department of Tourism to issue the climbing permits.

Earlier, the government has imposed a nation-wide lockdown, closed borders, grounded international flights, and suspended tourism activities to contain the spread of coronavirus.