Another Search and Rescue Team for 7 Missing Trekkers 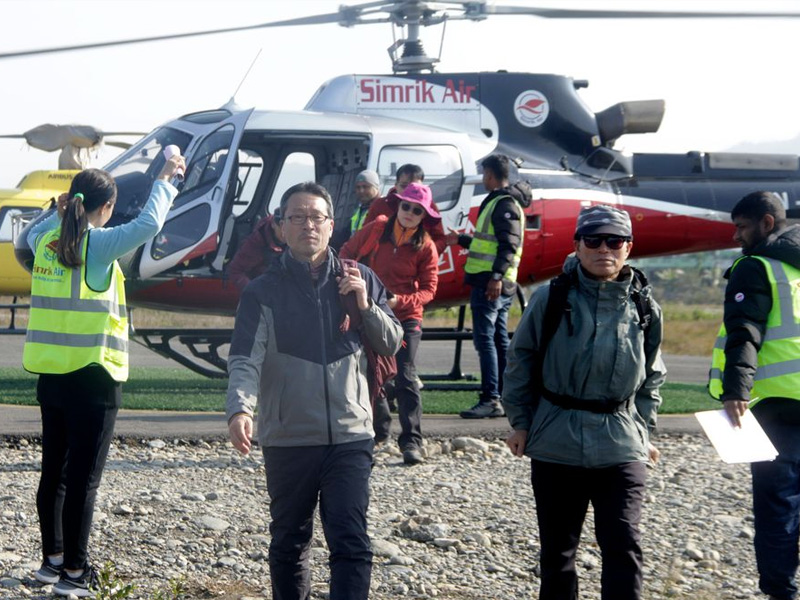 A search and rescue team is all set to reach the Avalanche area in Annapurna trekking route to rescue 7 missing trekkers, today i.e., January 20, 2020.

The rescue team consists of members from:

Earlier, a team of 12 rescuers led by Bijay KC, member of Trekking Agents’ Association of Nepal (TAAN), had returned empty-handed on January 19, 2020, as they could not carry out any rescue operations due to adverse weather conditions.

Bijay KC said that it will take several weeks to rescue the victims as the rescue operations seem difficult until and unless the snow melts.

Four South Koreans and three Nepalis went missing after being struck by an avalanche in the Annapurna trekking route on January 17, 2020.

According to TAAN, they include:

Till date, around 130 trekkers have been rescued and were under medical treatment.

Although the Nepali Government has declared only 7 trekkers are missing, there are speculations that the number may increase as some trekkers may prefer to go with Free Individual Trekkers (FIT) permit.

Meanwhile, South Korean President Moon Jae-in twitted that their government will support the Nepali Government in the rescue operations to save the missing trekkers.