The Ninth Everest Trail Race, spanning 172 km, is seeing the participation of 45 individuals including three Nepalis from 12 countries
News
Sports 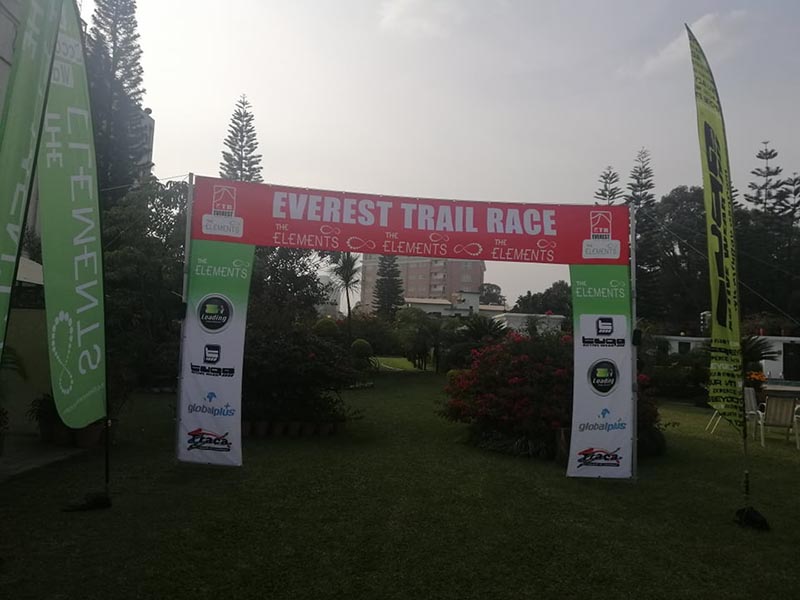 The event titled Ninth Everest Trail Race (ETR) is being organized by the Annapurna Treks and Expedition Pvt. Ltd. and Spain’s Grands Space.

The race began from Dhap Patale in Solukhumbu district at an altitude of 2,700 m and will pass through Chyangsar, Pikey, Namche and Tengboche before ending at Lukla situated at an altitude of 4,070 m on November 15, 2019.

The Ninth Everest Trail Race, spanning 172 km, is seeing the participation of 45 individuals including three Nepalis from 12 countries.

According to Annapurna Treks Managing Director Kami Sherpa, all participants have cleared the medical and technical tests prior to the race.

“The ETR has compelled to change the earlier route that starts from Ramechhap’s Bamti Bhandar due to haphazard construction of rural roads along the trail route,’ Sherpa added.

Annapurna Treks has been organizing the ETR since 2011 in a bid to preserve the route used by Tenzing Norge Sherpa and Edmund Hillary who scaled the Everest and made history 50 years ago.

It is a freestyle race and will present one of the most spectacular view of some of the world’s highest peaks such as Mount Everest, Mount Lhotse and Mount Makalu, once participants reach the Pikey Peak- the highest point of the race.

The ETR is also being used to promote the Visit Nepal Year 2020.