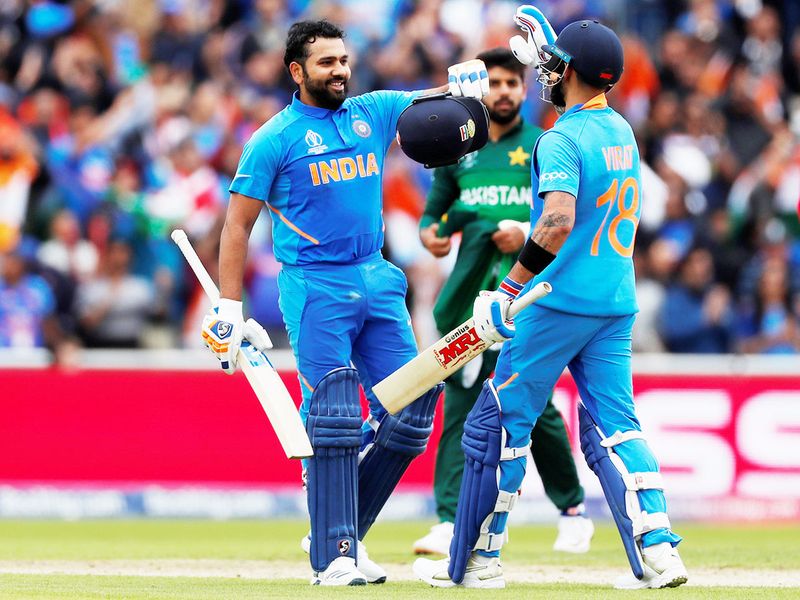 India continued their World Cup dominance over rivals Pakistan with a rain-affected 89-run victory as a highly anticipated match came to a strange end at Old Trafford.

Pakistan, chasing 337, collapsed to 166-6 before a rain delay saw their target revised to another 136 runs required from 30 balls – a near-impossible task.

India, who have never lost a World Cup match to Pakistan, earlier posted an impressive 336-5, led by Rohit Sharma’s fine 140 and 77 from Virat Kohli.

Only Mohammad Amir (3-47) impressed with the ball for Pakistan and their run-chase crumbled in front of a vociferous crowd before the rain delay added further confusion. 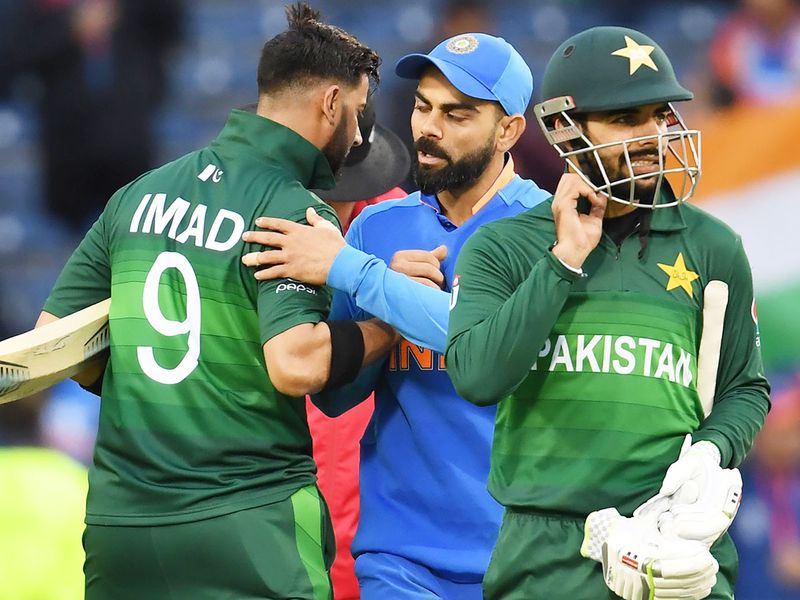 This was the marquee game of this World Cup – a sell-out crowd, one billion TV viewers and more than 700,000 ticket requests, but it ended with Pakistan knocking the ball around in front of a half-empty stadium.

Play looked to be done when rain arrived at 18:20 BST, but it resumed 55 minutes later and with 15 minutes to go before the scheduled cut-off time.

India’s batting lit up the morning but, with rain falling and Pakistan’s innings crumbling, it was a tame end to a match that promised plenty.

Pakistan, who are ninth having won just one group game, face South Africa on 23 June, while India play Afghanistan on Saturday.