The host team secured a place in the final after its last match against Bangladesh ended in a stalemate.
News
Sports 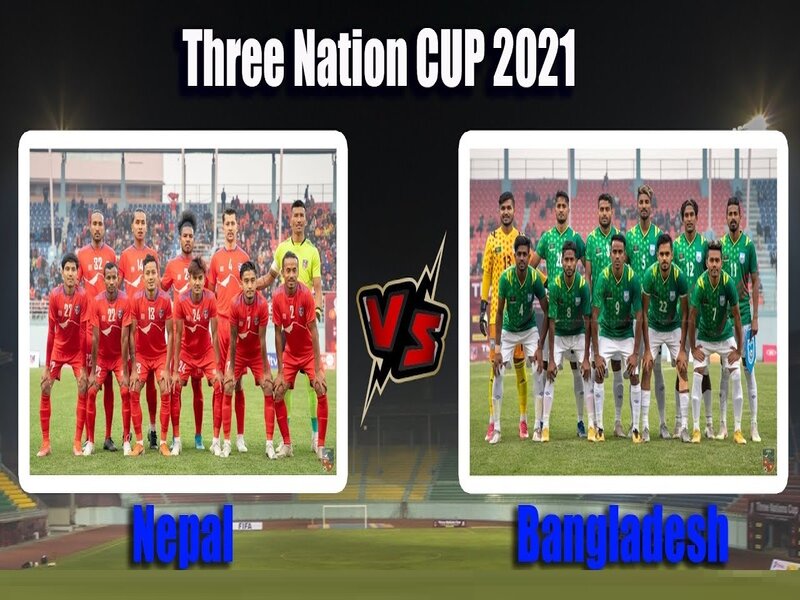 Nepal is all set to lock horns with Bangladesh in the final match of the Three Nations Cup 2021 today.

The host team secured a place in the final after its last match against Bangladesh ended in a stalemate. In the tournament so far, Nepal played two matches and finished with identical scores. The Nepali team scored 2 points, while Kyrgyzstan Olympic Team scored one point.

Meanwhile, Bangladesh secured four points to secure their position in the final.

In the last match, Nepal had plenty of opportunities to score a goal against the Bangladesh team. Anjan Bista failed to direct a free header from a cross by Tridev Gurung in the 21st minute into the post. In the 65th minute, Abhishek Rijal’s header went wide when he jumped to meet Ranjit Dhimal’s cross.

“Nepal got on top a few times, but that didn’t hurt us. It is nice to get into the final, and now we want to win it,” said Bangladesh head coach James Day.

“We played good football in the second half. We want to play even better and lift the trophy,” said Nepal’s head coach Bal Gopal Maharjan adding that their strategy was not to lose a point in today’s game.

Nepal’s Rohit Chand won the Player of the Match award.