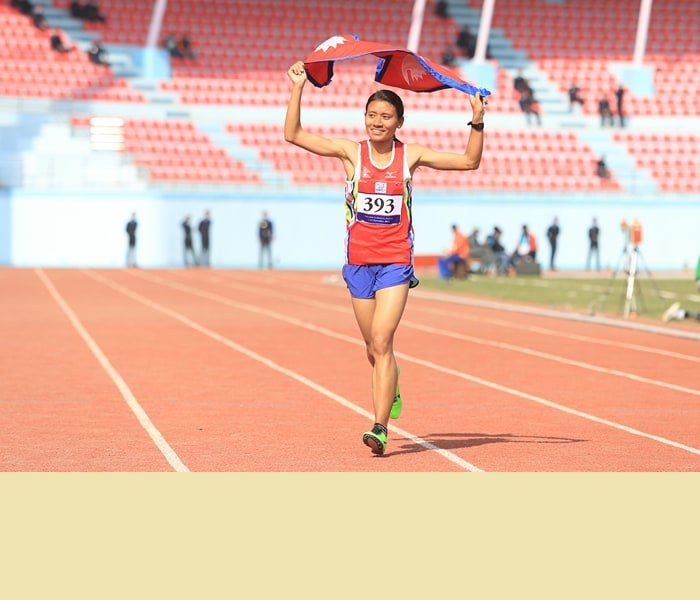 Santoshi Shrestha has registered a new record in the history of Nepali athletics by winning an athletics gold medal in the women’s 10,000m race at the 13th South Asian Games.

Shrestha set the new record by crossing the finishing line just a millisecond ahead of the Indian runner Kabita Yadav.

Shrestha, who dominated the track from the beginning, was left behind by the Indian athlete with around 100m remaining. But at the last moment, Shrestha geared up her speed and pushed herself ahead to bag the historic gold medal. 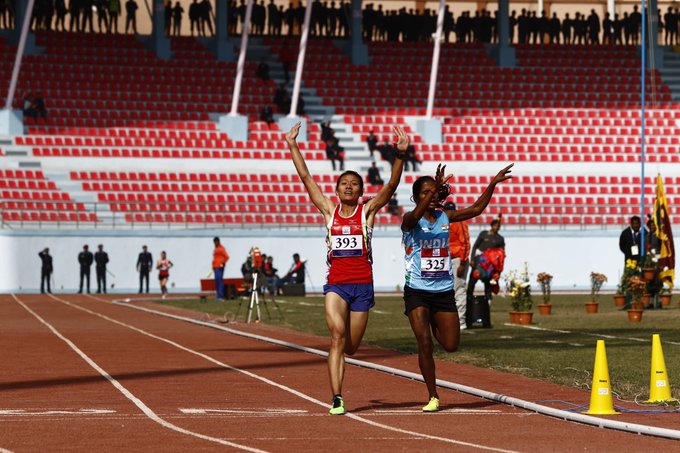 Moreover, Shrestha completed the race with her personal best timing surpassing the previous mark of 35:49.

The 10,000-metre race at the South Asian Games was her international debut.

After the nail-biting race, Shrestha said to the press, that even though there was a huge cheer from the crowd, she was not sure about her win. And, she did not believe it until her name was flashed on the scoreboard.

Shrestha, a public health researcher, started shifted her focus to running, by quitting her job and studies two years ago. She hails from Jwalamukhi in Dhading. 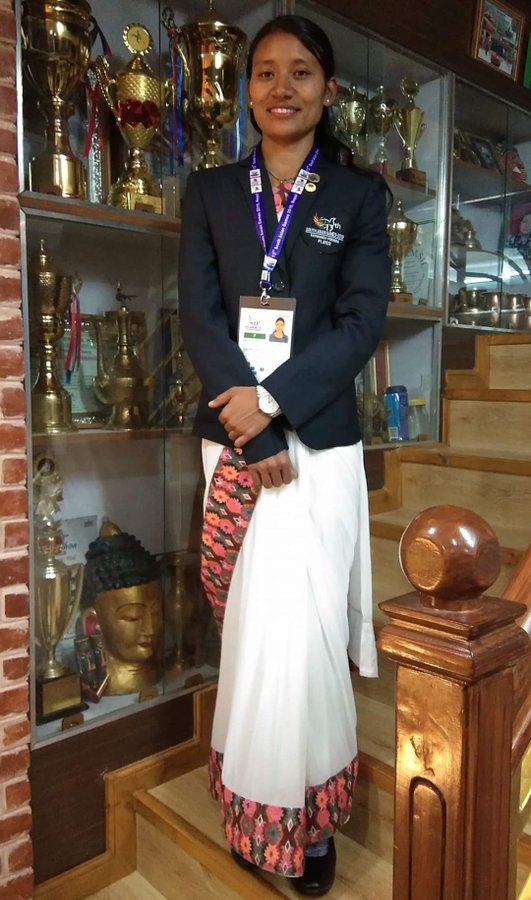 Furthermore, Shrestha bagged another milestone as the fourth Nepali athlete to win a gold medal in the regional sports event. Baikuntha Manandhar, Tika Bogati and Rajendra Bhandari are the other three athletes ahead of Shrestha.