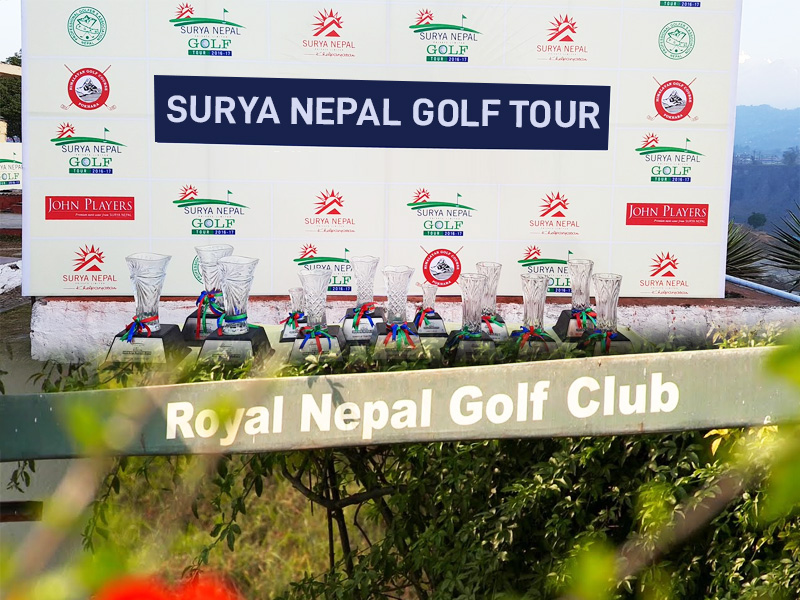 Seems, a sports festival kind of environment is going on in Nepal currently, given the country’s enthusiastic sports updates.

Following the lines, Nepal is hosting another interesting sport event, country’s one of the key sports growing in demand gradually- The Golf.

Surya Nepal Golf Tour 2018-19 is currently hosting its 2018 golf sports tournament, and the second event of the tournament, Surya Nepal Kathmandu Open, is being organized at the Royal Nepal Golf Club (RNGC) on November 27, 2018.

Around 33 professional and 8 amateur golfers are taking part in this 72-hole golf tournament.

With elimination starting after 36 holes, the tournament will see top 21 pros, ties (if any) and top six amateurs in the last two rounds.

All the pros who make it to the final two rounds will also get their share of cash rewards.

“I am looking forward to good scores from more players in this tournament. The playing standard in the last few years have been tremendous. While I thank our sponsor Surya Nepal, I wish all the players the very best for the tournament,” said Nepal Professional Golfers Association and RNGC President Rabindra Man Shrestha.