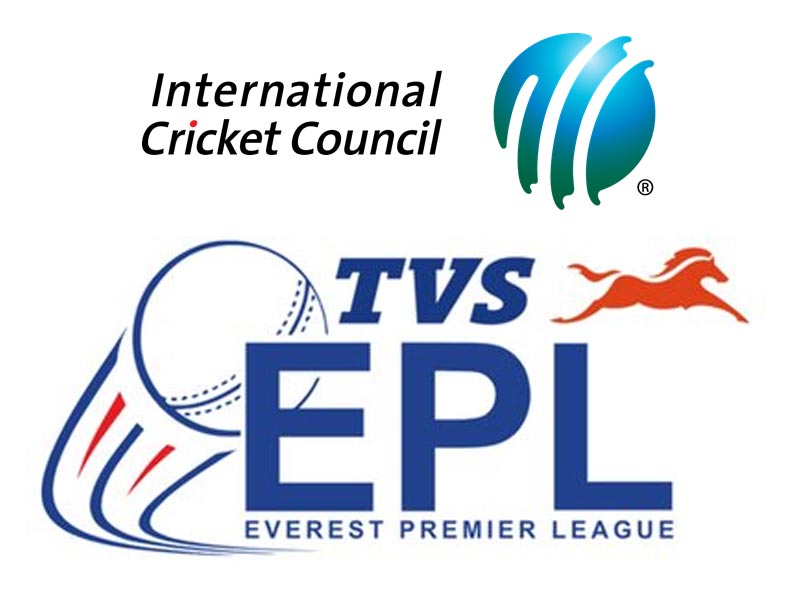 Nepal’s EPL Twenty20 cricket tournament, a significant step towards development of the country’s cricket sport, is coming after an 8-month-long suspension faced by the Cricket Association of Nepal (CAN) and was sanctioned by the International Cricket Council (ICC).

The Nepali Premier League (NPL) tournament, being organized by a private entity, marks the first-ever auction of local cricket players at the national-level and will also see the participation of international cricket players.

EPL Pvt. Ltd. unveiled the championship trophy on December 17, 2017 with the Indian cricketer Arun Lal as one of key dignitaries at the event.

Kathmandu Kings and Lalitpur Patriots in the first match

“EPL is a start of something big which is very essential. Indian Premier League (IPL) has not only raised generation of cricketers, but also changed the face of sport in India. EPL is providing an environment where cricketing potential can prosper,” Lal said in his address at the inaugural event.

While Bhairahawa Gladiators is the only team that announced international players, Sri Lankan cricketer Farveez Maharoof is the only biggest name associated with EPL so far.

“There are players coming in from other countries making it a tournament that we had never competed in. This has certainly lifted the level of Nepali cricket. The international players have the experience of playing in high-level cricket. Their presence also means an opportunity for us to learn a lot of things from them,” says Sharad Vesawkar, Gladiators’ team lead.

“The first match of the tournament is always going to be important for us. The playing conditions look pretty decent here. We have a good squad and hopefully we are going to make a winning start,” says Maharoof.

Speaking on the inaugural match, Lal had earlier stated, “If you have a 19-year old home-grown talent who ends up bowling out Maharoof for a duck, it instils a huge amount of self-belief.”

“I think they (Kings XI) have become even better by the inclusion of Maharoof because Kings XI are already a better side. We have a balanced squad and would like to play the best cricket to return with victory,” says Malla.