In the recently concluded 13th South Asian Games (SAG), the host country, Nepal has stood in a decent position by securing second in the medal tally.

So, to honor the medal winners, the Prime Minister K P Oli has announced his decision to provide cash prizes for them, at an event organized at his official residence in Baluwatar on December 11, 2019. 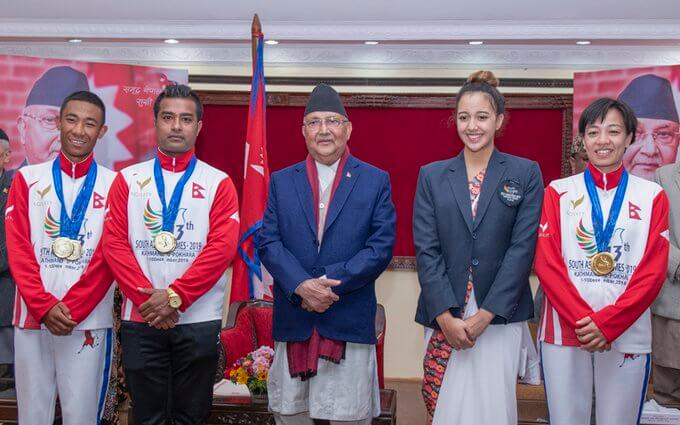 Meanwhile, the Government of Province No. 3 has decided to boost the morale of the Nepali medal winners in the 13th SAG. In a meeting of Council of Ministers held on December 9, 2019, the members decided to provide cash prizes to the medal winners.

Moreover, players who won more than one gold medal will receive a cash prize of Rs 1.1 million.

The 13th edition of SAG was recently concluded on December 10, 2019. India stood first in the medal tally by securing 310 medals, which includes 172 gold, 93 silver, and 45 bronze medals.