Karan KC was honored with ‘Player of the Match’ for his double strike in the eight over!
Cricket
News
Sports 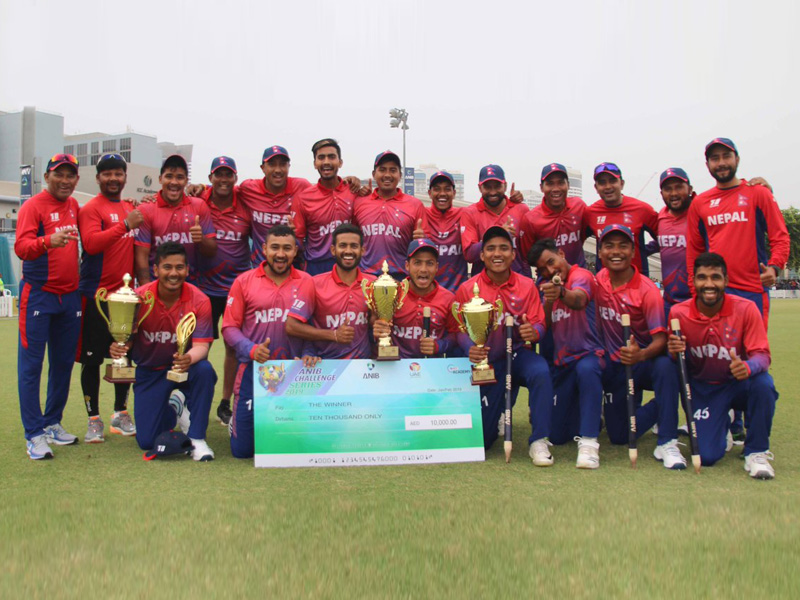 In an eventful ‘final match’ of the Twenty20 International series at ICC Academy Dubai, Nepal sealed another impressive series-win after the ODI with UAE.

The Nepal team gained a winning end despite a dull defeat on the first match of the T20I series.

A rare desert rain would be enough to dampen the mood for any match but not for Nepal who was focused on winning! The Nepali side waited for two hours and 15 minutes due to bad weather.

Soon after, they were ready to take on UAE and level the Nepal Vs UAE T20I scoreboard to 2-1!

And their efforts did pay off when team captain Paras Khadka and Karan KC-Abinash Bohara’s bowling partnership gave Nepal the desired-victory!

The final match of the Nepal-UAE T20I was reduced to 10 overs for each team owing to bad weather.

The game began in favor of UAE with captain Mohammad Naveen claiming Pawan Sarraf’s wicket at just the fourth ball of the match. Soon after which Gyanendra Malla and Dipendra Singh Airee lost wickets, leaving Nepal limping at a score of 21-3.

However, captain Khadka was quick to the rescue as always. With support from Jora, the duo took Nepal to the beginning of the final over. Amir Hayat’s strong defense in the 10th and final over sealed Nepal’s fate at 104.

UAE continued its success streak in batting too when Ghulam Shabber replied to Sandeep’s deliveries with a four and six, respectively off the first two balls!

Going along, UAE’s spirits continued to soar despite Ashfaq Ahmed’s fall at the end of the second over.

After Ahmed, Shaiman Anwar marked his arrival with a sixer off KC’s delivery and continued to fight Sompal Kami for another blaster towards the end of the fourth over, taking UAE to 50-1.

The Nepal team bowlers kept paving the way for catches and the fielders left no opportunity to convert them into wickets. With the task of securing 33 runs off the last three overs, Shaiman carefully began the eight over but was quickly bowled by Malla.

This wicket was followed by another five wickets from UAE in the next 14 deliveries! As the game continued, UAE struggled to maintain a strong front against Nepal’s railing attack.

Sultan Ahmed was the last to deliver a pair of twos off the last two balls, paving way for Nepal’s second significant victory against UAE, after the ODI series in January 2019! 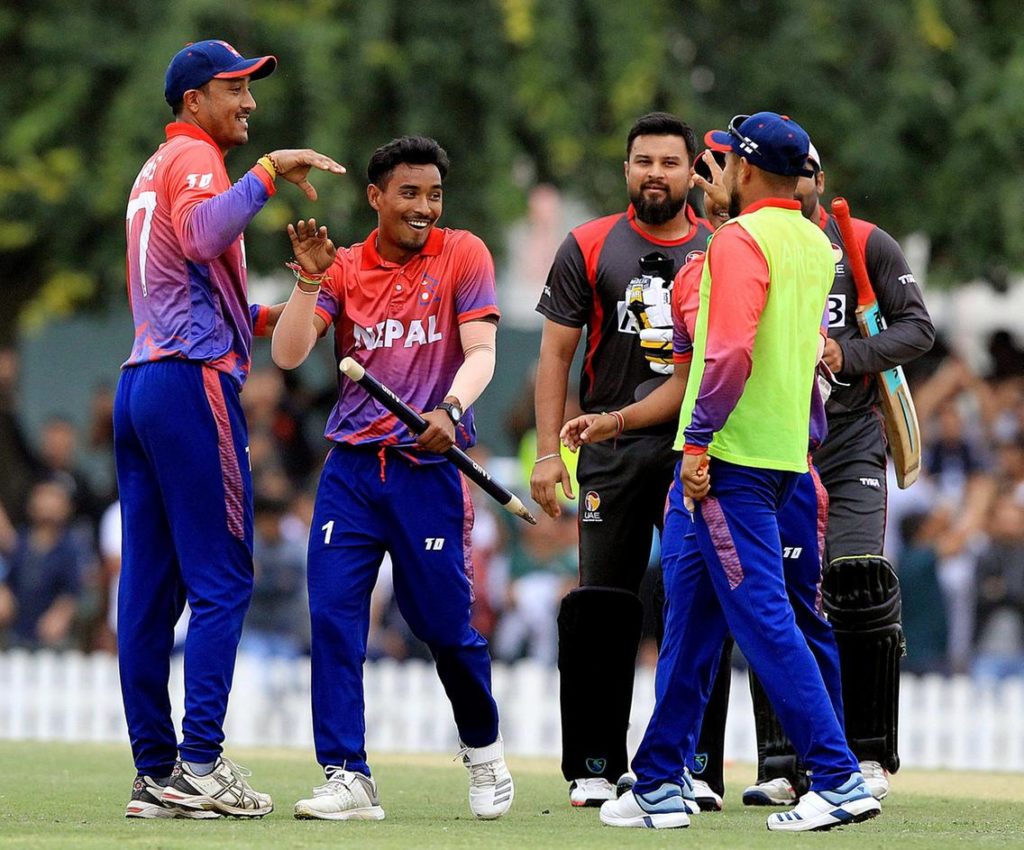 Karan KC was honored with ‘Player of the Match’ for his double strike in the eight over. Likewise, Bohara was named ‘Man of the Series’ for delivering the most number of sixes in the series. 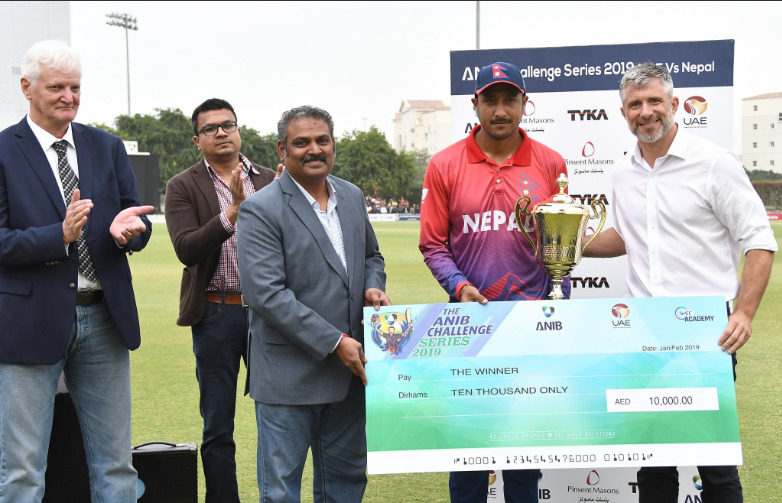 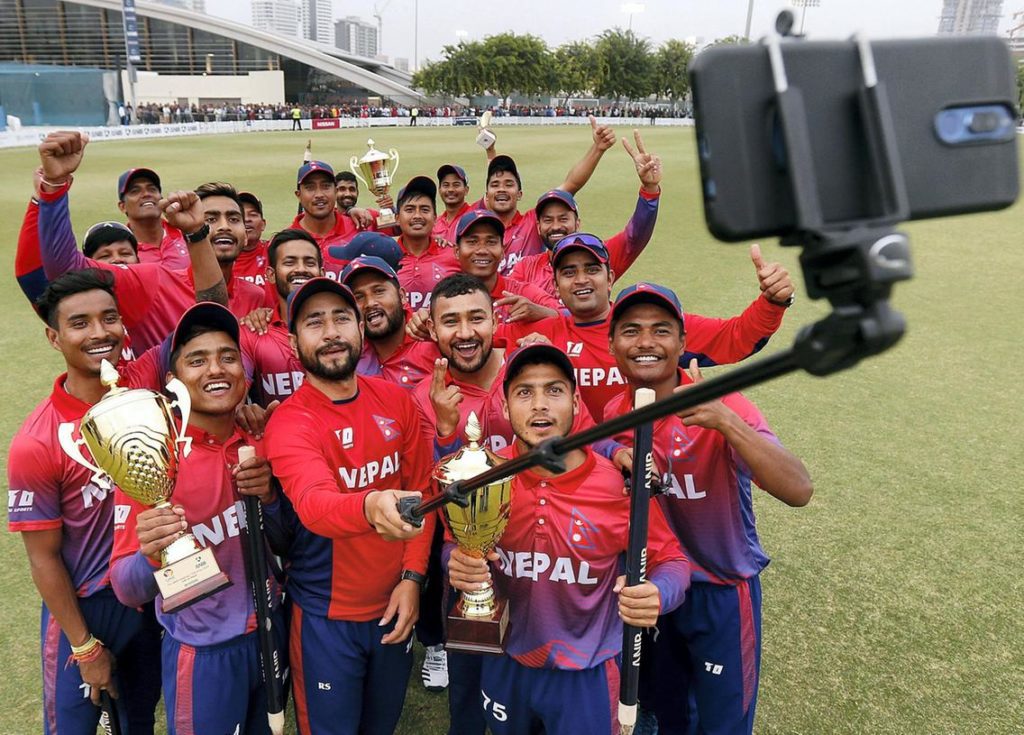