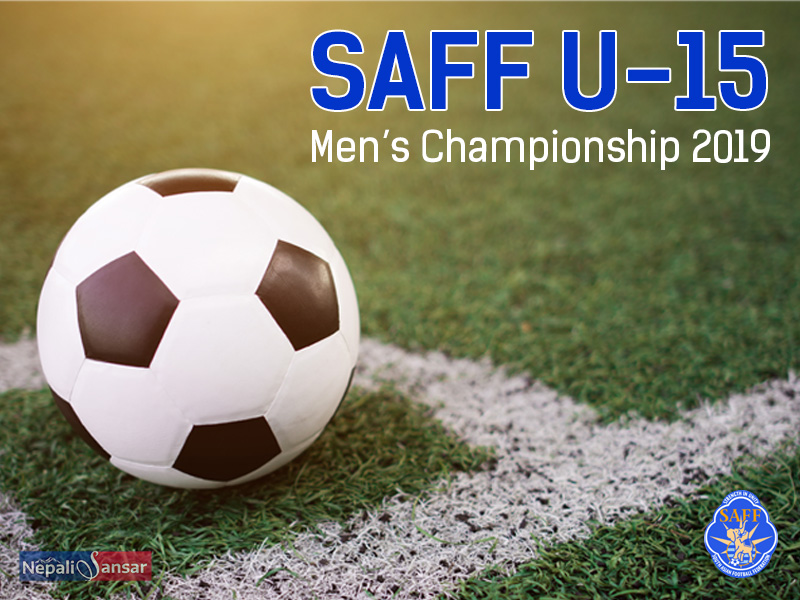 Sunil Shrestha, Head Coach of the Nepal U-15 football team announced the 23-member final squad for the upcoming U-15 SAFF Championship, starting from August 21, 2019 in India.

The Nepal U-15 SAFF squad includes:

However, Shreshtha has not revealed the captain of the Nepali team. He says that he will announce the skipper only on the day Nepal will play their first match against India.

With this tournament, Nepal aims to improve its position from that of last year where it lost the semifinal to Pakistan 4-0.

Coach Shrestha said that the team is working hard to bring good results this time after failing to do so the last time.

Nepal has not won a single match against India in the past editions of the tournament and lost two semifinals and two final matches in the third place match and group stages against the SAFF U-15 2019 host.

“We have been planning to train outside Kathmandu for a week to have a favorable weather in India. After a week of training, we will leave for India,” the Nepal coach added.

The tournament was played as U-16 until the fourth SAFF games edition, after this it was changed to U-15.