Set to be played across a week from the 17th to the 24th of April, the double round-robin series
Cricket
News
Sports 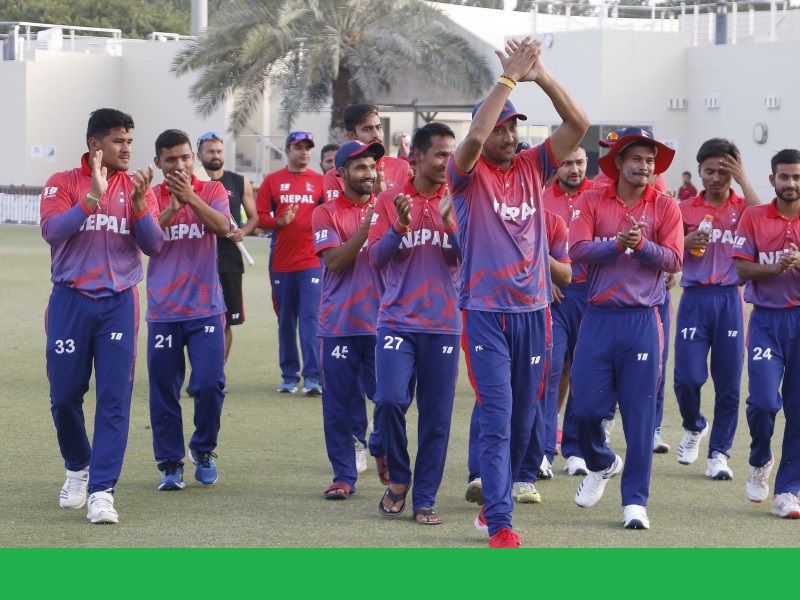 Elsewhere in the Associate world, and Nepal have gone one better than a bilateral series by announcing a T20I tri-series with Malaysia and the Netherlands.

Set to be played across a week from the 17th to the 24th of April, the double round-robin series will be the first official international matches in over a year for the participating teams, and an impressive logistical effort made possible through sponsorships from local motorbike and cement companies.

For Nepal, the series comes as local coronavirus cases have been brought back under control after a peak late last year, and the Cricket Association of Nepal (CAN) pointed to the spring weather as being well-suited to cricket. The series will be played in a bio-bubble, with all matches to be held at Kathmandu’s TU (Tribhuvan University) ground, and CAN president Chatur Bahadur Chand acknowledged the work of the Netherlands and Malaysian boards in assisting to make it possible: “I would like to thank both Netherlands cricket and Malaysia cricket for working closely in a very short duration to get this series happening. We are delighted to announce the return of international cricket to Nepal.”

As with the Namibians, Dutch coach Ryan Campbell is using the matches to test his squad depth ahead of Netherlands’ crucial ICC Men’s Cricket World Cup Super League home series against Ireland (planned for June in Utrecht), and of course their appearance at the T20 World Cup in October.

None of the overseas-contracted Dutch players will make an appearance, and several young prospects such as Vikram Singh and Philippe Boissevain are expected to add to their caps.

Campbell expressed his excitement at finally getting his team back on the pitch: “After not playing since November 2019, I am overjoyed at the announcement of the Tri Series in Nepal. The boys have worked so hard for over a year with so much uncertainty on when our next match will be. Playing Nepal and Malaysia in Nepal will present us with an extremely tough re-entry into World Cricket but it’s a challenge we are very much looking forward to.”

Malaysia for their part have been approved to travel by the Ministry of Sports and Youth, and Malaysia Cricket Association president Mahinda Vallipuram thanked CAN for hosting the series: “It is indeed very pleasing to see the revival of international cricket after a year-long drought. Nepal is a great cricket country and Malaysia is happy to be in Nepal to restart our international journey! We thank CAN for the opportunity.”