The Education and Health Committee of the House of Representatives (HoR) has unanimously passed the ‘National Sports Development Bill-2075′ during the panel meeting at Singha Durbar on February 10, 2020.

Committee Chair Jaya Puri Gharti said that volleyball is mentioned as the national game in the bill after a prolonged discussion among the committee members. 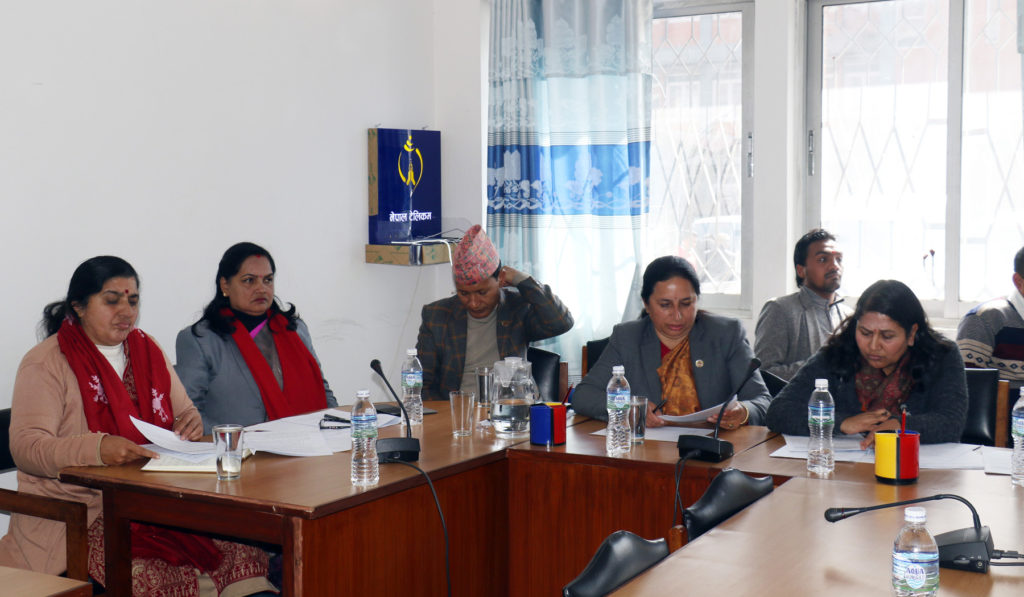 As per the bill, a three-member committee will recommend a name for the position of member-secretary of the National Sports Council (NSC).

The committee includes the secretary of the Ministry of Youth and Sports, coordinator of the committee, a woman and an expert.

The service period of member-secretary will be 4 years and the same person can be re-appointed for the next term.

As per the bill, the qualification criteria for the member-secretary candidate is:

The new bill insisted the mandatory representation of four organizations including Nepal Army, Nepal Police, Armed Police Force, and Federation of Nepalese Chambers of Commerce and Industry in the 17-member NSC committee.

As per the bill, the player who has participated in Olympic, Asian and South Asian Games, or games organized by International Games Associations, Federations and world championships is considered as an international athlete.

Likewise, a player who has participated in national sports championships organized by the NSC is considered as a national-level athlete.