Nepal’s national futsal team was announced on March 27, 2019 after the country received a wild card from the International Futsal Federation
News
Sports 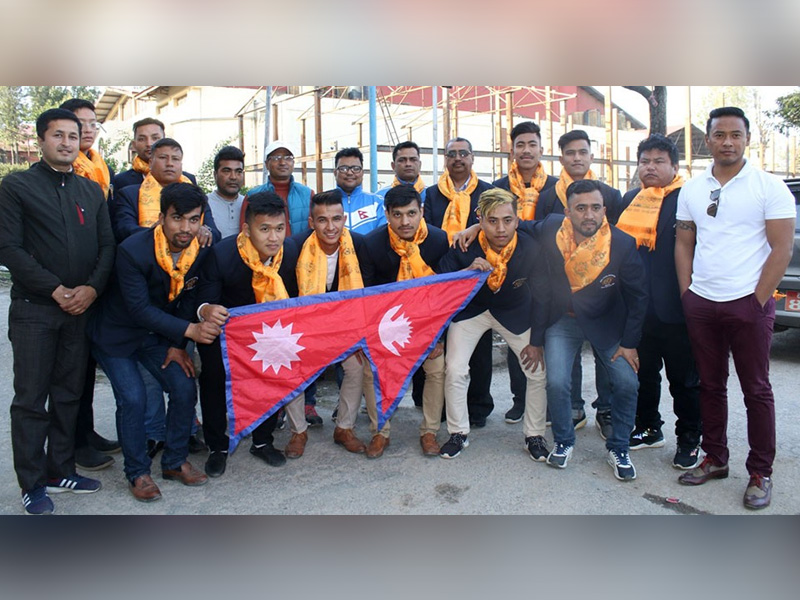 Nepal is all set to take on the sports world with its participation in World Futsal! The national futsal team left for Argentina on March 28, 2019 to take part in the Futsal World Cup 2019.

Home Minister Ram Bahadur Thapa bade farewell to the players and wished them success at an event held at his official residence in Pulchowk.

Speaking at the occasion, the Minister said that it was an opportunity and a matter of happiness for Nepal.

Nepal’s national futsal team was announced on March 27, 2019 after the country received a wild card from the International Futsal Federation.

Nepal is placed alongside Canada, France and Spain in Group D of the championship. Following is the Group D match schedule:

Two winning teams from each group will enter the quarterfinals.

Nepal has been doing exceptionally well in international sports, this is reflected in its recent cricket and football exploits.