Nepal in Asian Games 2018: A Lookback at Performance and Challenges

ASIAD 2018 saw Nepal winning ‘one silver, four national records and a total of 24 wins including all events’.
News
Sports 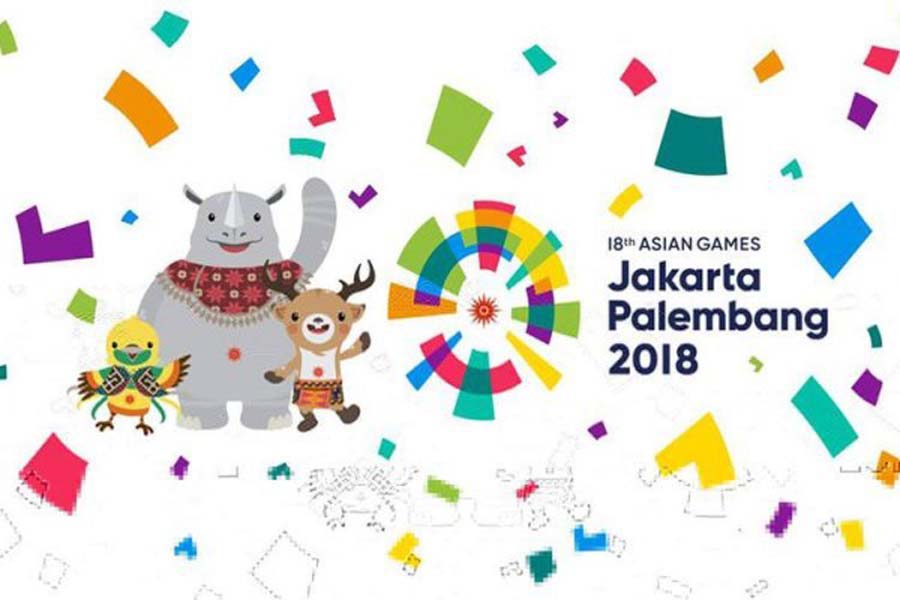 Nepal’s ever-continuing wish to shine in the world sports crossed another milestone in the form of Asian Games 2018.

Despite sincere attempts, the country had to return only with a single medal i.e. the ‘silver medal’ in the paragliding category on August 29, 2018 and also saw new national records in weightlifting.

It is noteworthy that Nepal bagged victory even in the International Paragliding Competition held in Swarek of Syangja, Nepal during November 1-6, 2017.

A Rare Honor
Lauding the winning performance of Nepali paragliders, the Government of Nepal felicitated the paragliding team and key members behind it with a rare honor.

In a program organized by the National Sports Council (NSC) on September 03, 2018, the government offered cash rewards to key players of the Nepali paragliding team, the team coach and other local associations that support the sport over the period.

The Minister for Youth and Sports Jagat Bahadur Bishwakarma, NSC Member Secretary Keshav Kumar Bista and Chairman of the Nepal Olympic Committee Jeevan Ram Shrestha respected the players with cash rewards of Rs 500,000 each, the Chief Coach Yogesh Bhattarai with Rs 300,000 cash and the Assistant Coach Sanu Babu Shrestha with Rs 150,000 in cash and letter of appreciation.

Sports association also received a Rs 500,000 cash prize for supporting the players and the game.

Bishal Thapa, Sushil Gurung, Bijay Gautam, Yukesh Gurung, Bimal Adhikari were among the key persons who received rare honor at the program organized by the National Sports Council (NSC) in Kathmandu on September 03, 2018.

Despite a Challenging Scenario
Medals apart, the country’s sports fraternity considers this as a successful attempt for Nepal in the global sports arena.

In a statement prior to the event, the Nepal Sports Council (NSC) said the ’participation’ in the ASIAD 2018 event itself is a great achievement for Nepal and its athletes.

“Participation in the Asian Games itself is like winning medals for players of Nepal,” said NSC Member Secretary Keshab Kumar Bista, speaking on the sidelines of the Asian Games 2018.

Bista was happy that the country could manage to field 185 players despite the discouraging records in the past global sports events that did not position the country as expected.

To everyone’s surprise, the country’s 29 sports teams did not even get a chance to undergo proper training for ASIAD 2018 and did not turn back despite the challenging situation.

Besides, the announcements in all these 29 categories were made just two weeks ahead of the tournament, which made it a rare feat for the Nepali participants in ASIAD 2018.

Till ASIAD 2018, Nepal had won 23 medals including a silver and 22 bronze medals in the last 15 Asian Games participation they participated in since 1951.

Whereas the ASIAD 2018 that ended on September 02, 2018 saw the country winning ‘one silver, four national records and a total of 24 wins including all events’ adding to its sports victory bank. 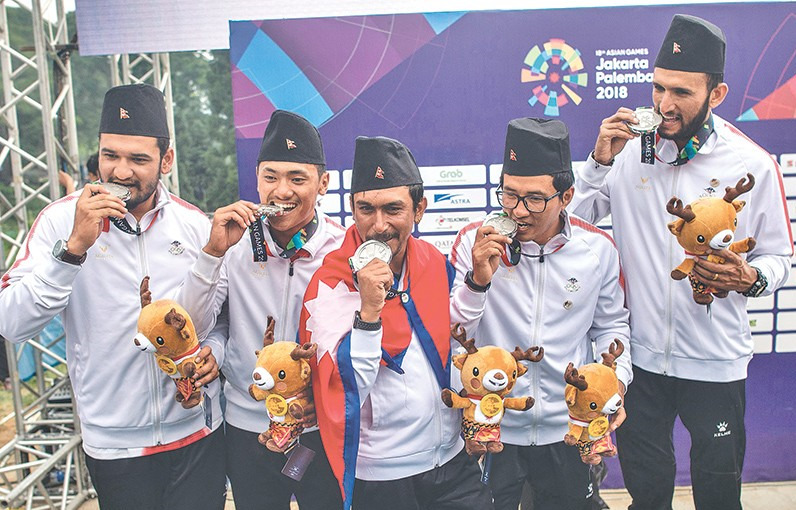 Expectations & Realities
Among 29 sports events that Nepal fielded its participants, the country expected a lot from Taekwondo, Swimming, Kabaddi, among other sports.

With a strong history of holding 14 out of 23 medals that the country won until ASIAD 2018, Nepali taekwondo team was high on expectations in the Asian Games 2018 for its team strength that had the most successful players- Deepak Bista, Sangina Baidhya, Badri Prasad Ghimire and Norbu Lama.

Swimming is another category that the country expected a lot from in the Asian Games 2018, majorly because of the country’s swimming sensation Gaurika Singh.

Another is the Kabaddi team, a classic example of breaking the barriers! ‘Participation’ in the Asian Games 2018 itself was a tough scenario for the Nepali kabaddi team.

The kabaddi team made it to the Asian Games 2018 after a long gap of 19 years, 18 months after the previous editions of Asian Games held in Beijing.

However, the kabaddi team’s entry in the Asian Games 2018 was backed by the encouragement that the team drew from the 2010 South Asian Games by winning ‘Bronze’ medal and the 2nd position in the International Invitational Men’s Kabaddi Tournament.

Karate is another category that was high on expectation for its rich background of bringing in three bronze medals for the country in the Asian Games and also as the winner of the medal in the 2014 Incheon ASIAD.

Boxing, the other category with a history of giving six bronzes to the country, ended up with nothing in Asian Games 2018.

Despite winning medals, few wins in some categories gave new hope to the country to perform well in the events to come. They were:

On an End Note
Be it in cricket, football or any other sport that the country is famous for, relentless efforts and strong will to shine at the international level have been the unique aspects of Nepali athletes that are pushing ahead the country in the world sports.

More local support in the form of training and related efforts by government and local sports groups like NSC will empower the country’s athletes perform more better.

Overall, the Asian Games 2018 has been a ‘fight against tide’ for the Nepali sportspersons and must have given them more confidence needed to face the events to come.

Hard Work has no substitute. Keep up the spirit Nepal!