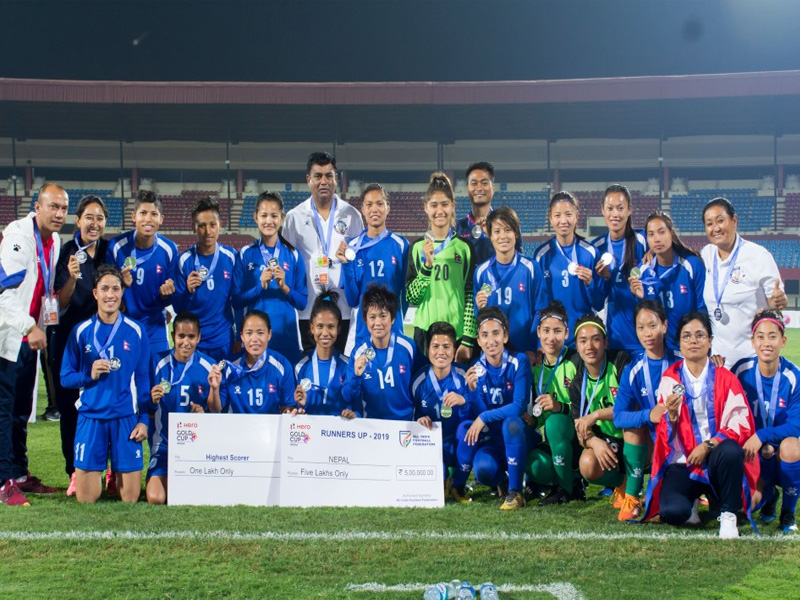 Nepal had to settle as runner-up at the Hero Women’s Gold Cup after Myanmar won the Champions trophy in India on February 16, 2019!

The Nepali side suffered a 3-1 loss at the hands of Myanmar, who stand 44th in the FIFA standing of the tournament.

The final game began with a strong attack from Nepal, which Myanmar failed to defend and score any goals in the first half-an-hour of the game.

Then came Myanmar’s Yee Yee Oo at the 35th minute, whose lightning strike to the goal made a hopeful start for her team.

Nepal was quick to settle the score with Myanmar minutes before the first half of the match ended. Manjali Kumari Yonjon’s shot past Myanmar goalkeeper, to Gita Rana’s free kick registered Nepal’s first goal in the final match of the series! 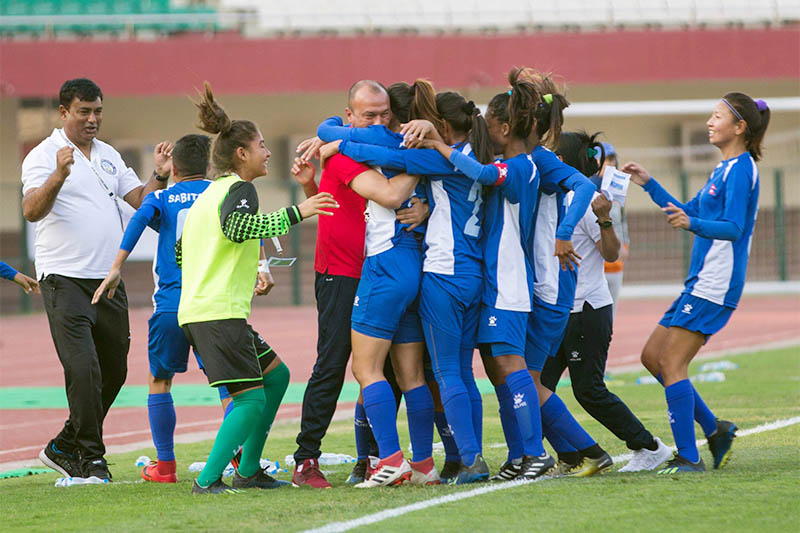 Moving forward, the pace of the game remained neutral until Win Theingi Tun registered another goal for Myanmar in the 53rd minute!

And while Nepal was still recovering from Tun’s sudden move, Yee Yee Oo took led another free kick to the finish at the 62nd minute, which Nepal goalkeeper Anjila Tumbapo failed to brace.

The match may have gone in favor of Myanmar but it acted as a perfect practice platform for Nepal’s participation in the SAFF Championship and the Olympic Qualifiers.

Nepal’s feat as runner-up speaks of its remarkable journey throughout the championship, where it beat strong teams like India and Iran at crushing 2-1 and 3-0 victories, respectively.

Great going Team Nepal! All the best for the SAFF Championship!