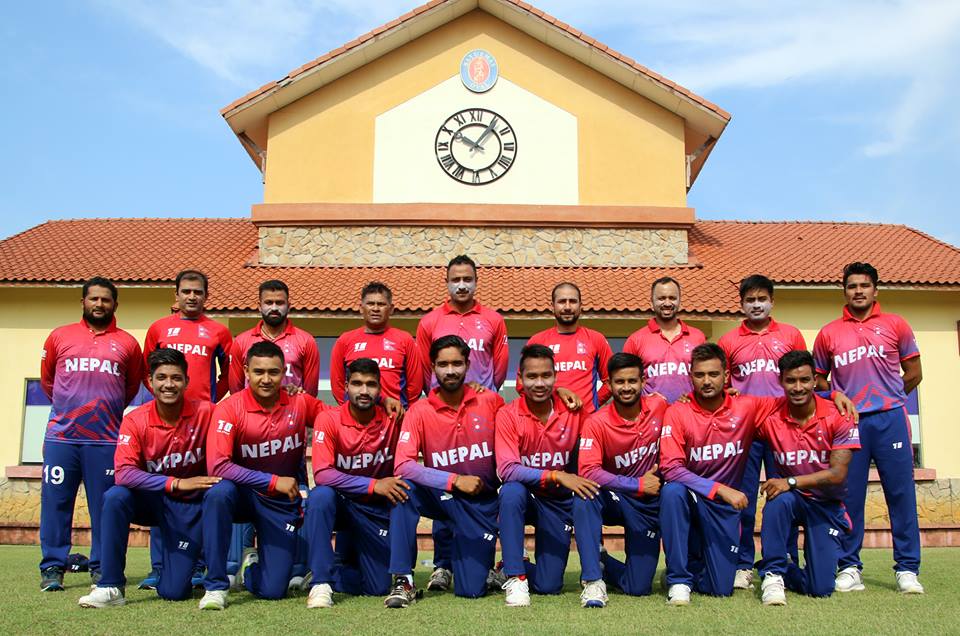 Nepal seems to be going great guns at the ICC Twenty20 Qualifier Asia. The Himalayan nation gave Thailand a defeating blow in their third consecutive win of the Eastern Region ICC Twenty20 series on October 07, 2018.

Opening the game at Bayuemas Oval, Nepal continued to struggle till the 17th over with 127 in 17.2 overs owing to Thailand’s smart bowling. However, the game turned tables for Nepal when KC stepped in.

His significant contribution of 40 runs from 14 deliveries led Nepal to a 172-7 victory at the end of 20 overs.

It was time for payback when Nepal was bowling. Lalit Narayan and Lamichhane stepped in to wipe out Thailand’s batsmen in the first over itself.

Lamichhane was his best-self as usual. He stumped Thailand’s top and middle order, leaving Thailand to a score of 18-9 in 8.5 overs, after which rain sealed Thailand’s fate completely.

Nepal Players Score Contribution
It was impressive to see how each player contributed to Nepal’s smashing victory. Binod Bhandari opened his innings with a ‘six’ and ‘four’ to finish with a 15 for 8 balls. Anil Kumar Sah contributed 25 runs from a 17-ball delivery.

Sharad Vesawakar and Dipendra Singh Airee contributed another 45 runs before the third wicket ended their turn to play. Airee as always made a remarkable feat with 30 runs from 26-ball delivery and three ‘fours’ and one ‘six’.

While the others did their part despite their short innings, it was KC who stood out. His ultimate winning shots ended Nepal’s game with a prestigious score.

With the current performance, Nepal share top position with Singapore in terms of the ‘net run rate’.

Conclusion:
Nepal is all set to take on Bhutan in their next match on October 9, 2018. Hope they continue the winning streak.