Sandeep’s name was awarded this honor in the NCCS-CPAN Cricket Awards ceremony held at the Russian Centre of Science and Culture.

Sandeep was recognized for his outstanding performance of claiming 84 wickets in 32 matches, collectively, he played part of the senior and U-19 teams.

He was also the ‘Player of the Match’ in the ICC World Cricket League Division 2 in Namibia and has a crucial role in driving Nepal’s identity in ODI matches. 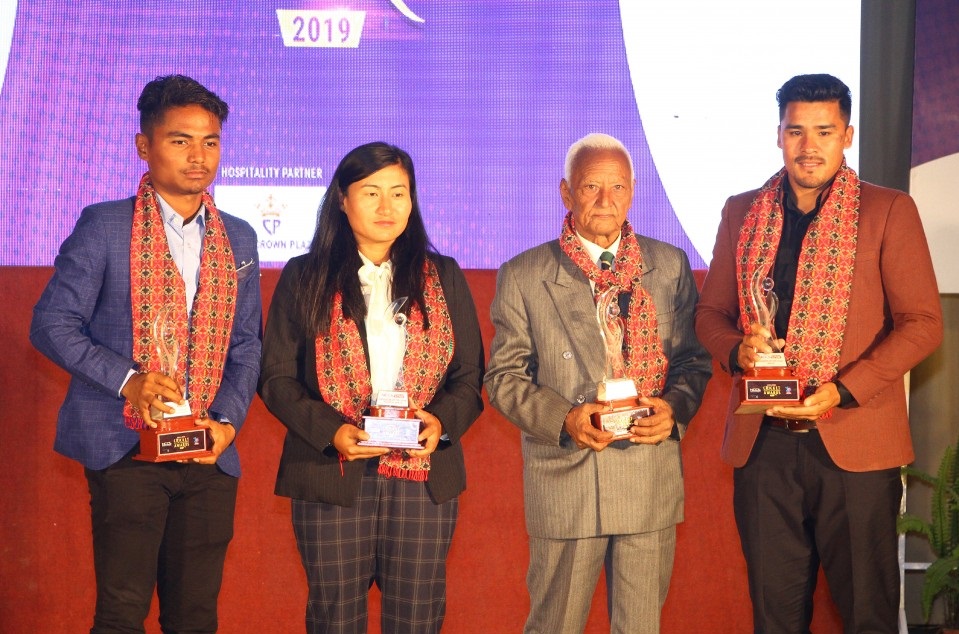 Nepal national team captain Paras Khadka received the award on behalf of Sandeep, who is currently in UAE tour for the Pakistan Super League.

Sita was recognized for her performance at the Thailand Women’s Twenty20 Smash that ended in January 2019.

Rohit Kumar Paudel’s name was announced for the ‘Emerging Cricketer of the Year’ award for his performance at the ICC World Cricket League Division 2 in Namibia.

Paudel was also appreciated for his record as the ‘youngest ODI half-century holder’ in the history in the lines of Indian legend Sachin Tendulkar and Pakistan’s Shahid Afridi.

Karan KC was named for the ‘Moment Of The Year’ award for his instrumental performance against Canada in the ICC Division 2 tournament in Namibia, which was key for Nepal’s ‘ODI Nation Status’.

Komal Pandey was chosen for the ‘Lifetime Achievement Award’.

Other than ‘Male Player of the Year’ category, other winners were awarded NPR 66,000 cash prize, each. Nepali actor Sandeep Chhetri, live performance by Singer Dharmendra Sewan and cultural performance from the NCCS students were other highlights of the show.