400 players and 40 official members from Bangladesh, India, Japan, Nepal and Pakistan will be participating in the event
News
Sports 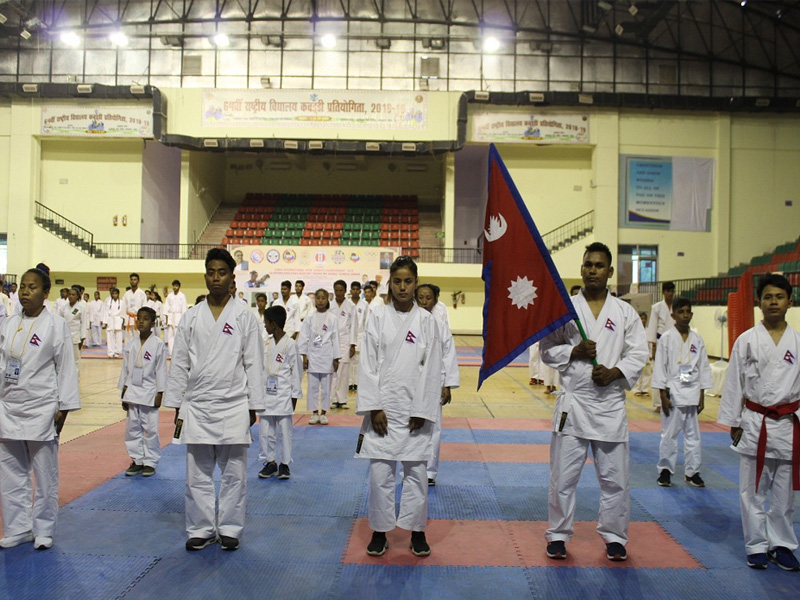 Nepal is gearing up for some action as the 2nd International Karate Championship is all set to take place between May 24-25, 2019.

The championship is being organized by Toyakan Nepal Wado-Ryo Karate Do Association Central Committee with the slogan – ‘Sports for Health, Sports for the Nation’.

According to Association Vice President and Program Coordinator Ajaya Bhakta Shrestha, 400 players and 40 official members from Bangladesh, India, Japan, Nepal and Pakistan will be participating in the event.

The international championship will be divided into 30 various departments including kata and kumite.

Winners and runners-up will be presented with 30 gold, 30 silver and 60 bronze medals. Besides, the winner of the kick-boxing competition will be rewarded with NPR 10,000, followed by NPR 5,000 for second place and NPR 3,000 for third.

Association General Secretary Arun Kumar Karki said the event is being organized to promote Nepal in the national and international level with the aim of promoting sports culture and production of talented sports persons.