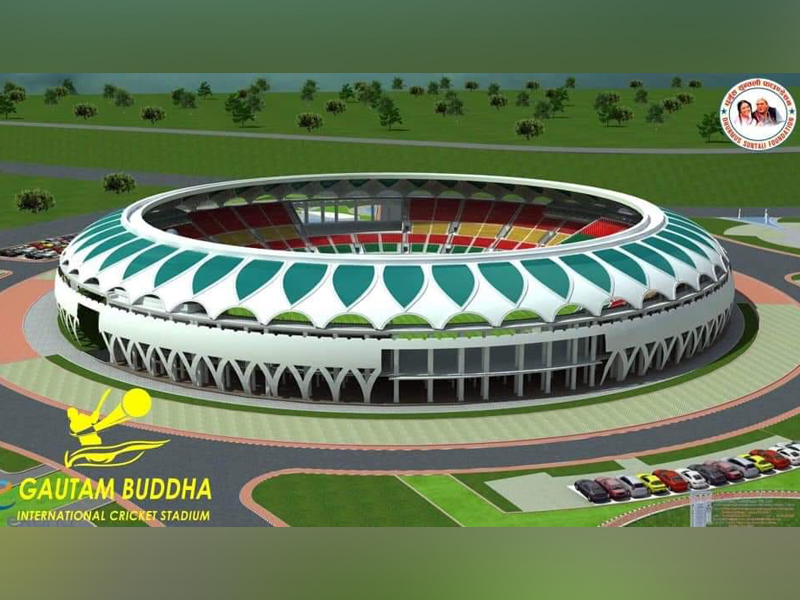 On January 30, 2019, the Dhurmus Suntali Foundation— a social organization announced that it will construct an international cricket stadium in Chitwan district’s Bharatpur Metropolitan City.

In this regard, an agreement was signed between the Dhurmus Suntali Foundation and the Bharatpur Metropolitan City at an event held in Kathmandu.

The Gautam Buddha International Cricket Stadium will be built in an area of 20 bighas and six katthas land, currently owned by Tribhuvan University and occupied by Agriculture & Forestry University. 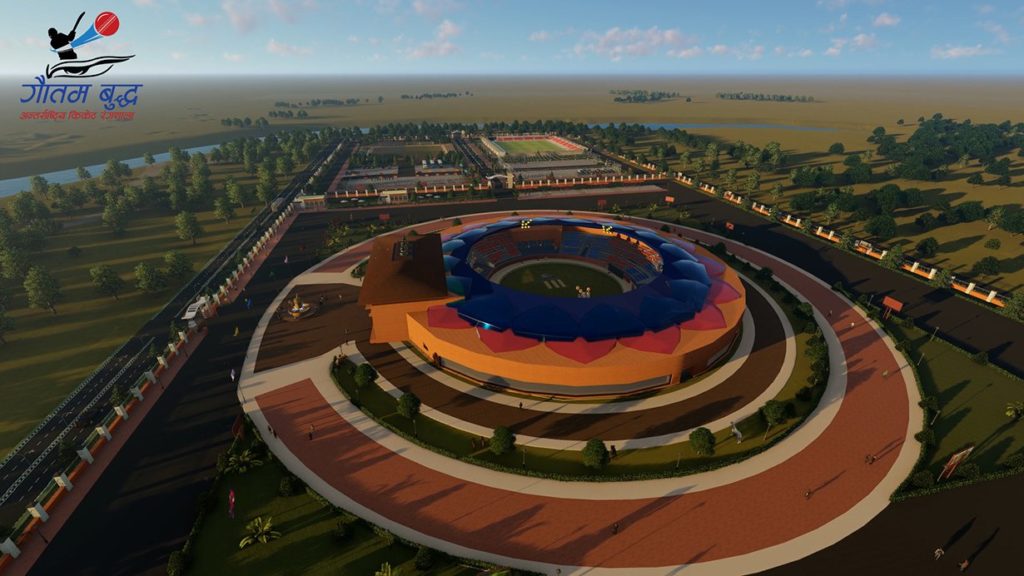 According to the agreement, the international cricket stadium would be constructed at an estimated cost of NPR 3 billion in Bharatpur-16.

The proposed stadium is expected to be completed in two and a half years and will be handed over to Bharatpur Metropolis. 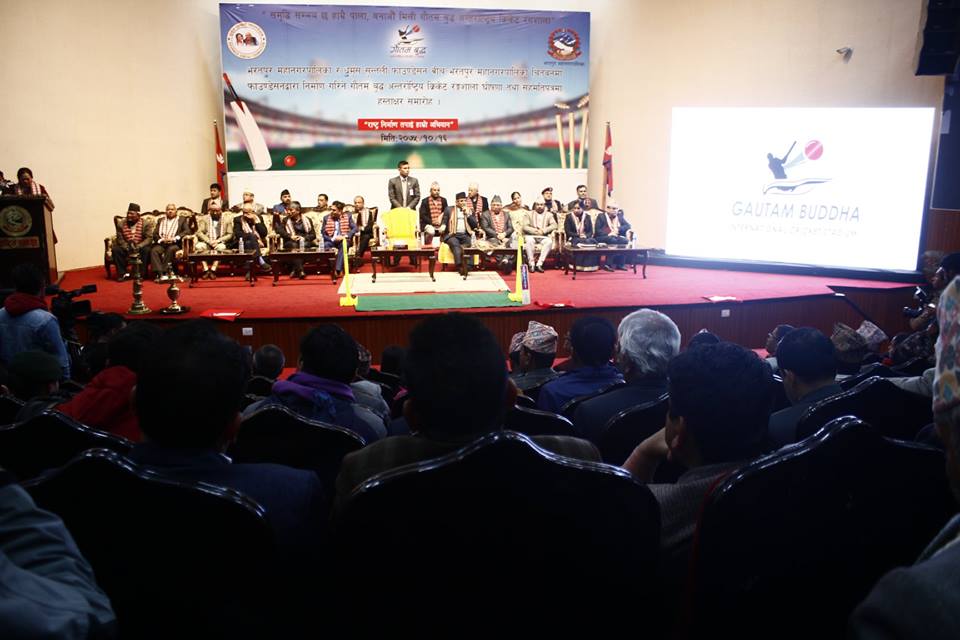 Dhurmus Suntali Foundation Co-founder Kattel informed that funds for the project will be collected from citizens in Nepal and Non-resident Nepalis living abroad. 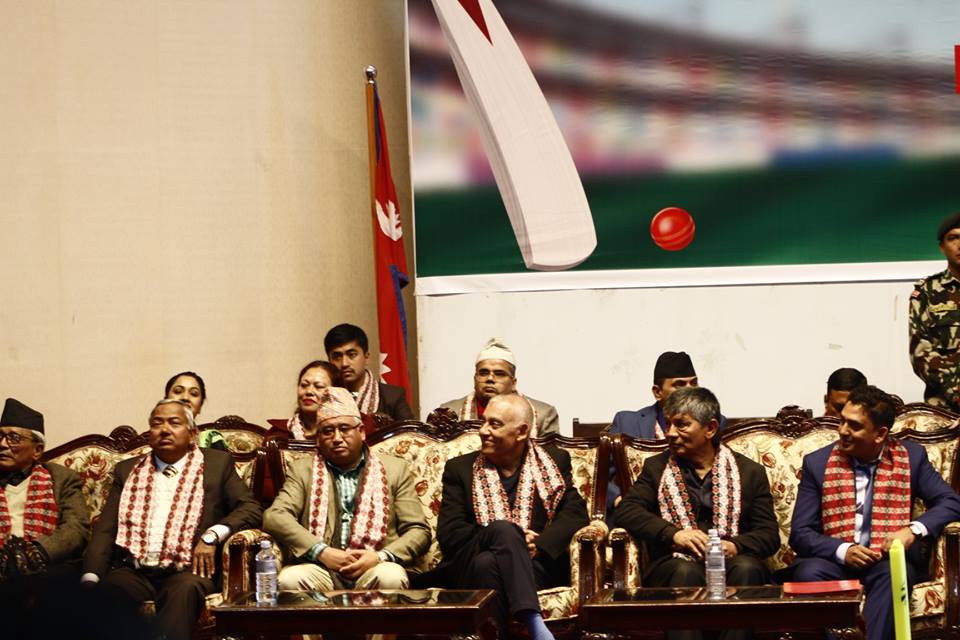 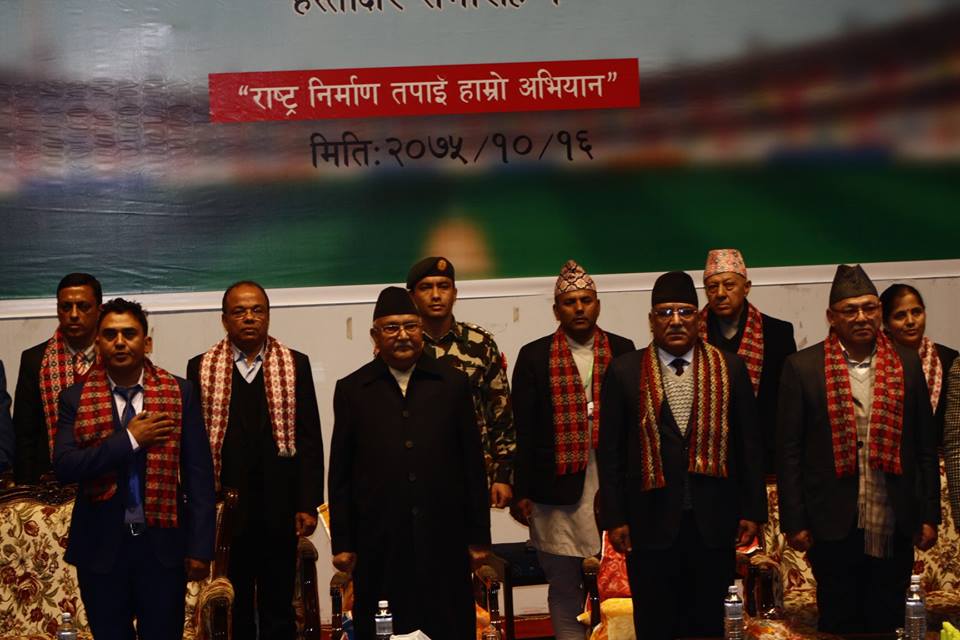 In a new update on the Gautam Buddha International Cricket Stadium, the Dhurmus-Suntali Foundation has started its fundraising campaign for the project in full swing.

As per an update from the foundation, it has raised NPR 3.5 million from the three events it organized in Malaysia.

Dhurmus and Suntali said that they were inspired to see so much interest and excitement for the project among Malaysia’s Nepali community.

The foundation is currently performing shows in and out of Nepal to raise funds for the stadium.

Currently, a detailed project report (DPR) is being prepared and should be ready within the next six months.

The campaign for the Gautam Buddha International Cricket Stadium was started by Sitaram Kattel/Dhurmus. The stadium’s name is inspired by the nearby site Lumbini, Lord Buddha’s birthplace.

Designers have completed the 3D design of the stadium, which was initially planned in a lotus shape design. The stadium’s entrance will reflect traditional Nepali architecture.

The international cricket stadium will also have two grounds for practice on its outskirts.