With 10 points each from five wins, Nepal and Singapore stand out for final match!
Cricket
News
Sports
World 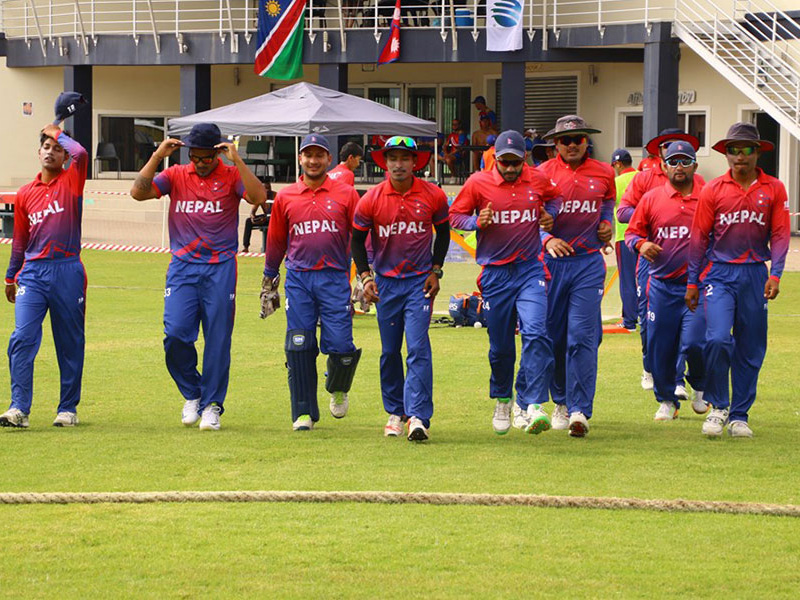 The final day has come in to showcase the winner of the ICC World T20 Asia Qualifier ‘B’ Eastern Region title.

Nepal and Singapore are going to test their luck in a final match to be held in Malaysia on October 11, 2018.

With 10 points each from five wins, the two teams are finally at the top place after a series of fights against the seven teams that participated in the tournament.

Nepal is currently high on energy for its last rejoicing win against the Chinese team on October 10, 2018, which lasted for less than 15 overs.

On the other side, Singapore is also riding on a 95-run success it saw against Bhutan in a match held in Bangi.

Now, both teams stand qualified for further round of the tournament and will move to ICC World Twenty20 Asia Finals, alongside either Thailand or Malaysia.

Thailand is currently at third with seven points more than Malaysia, which is set for its final match with China on October 12, 2018.

Trailing on a net run rate with Nepal, a win against Nepali cricket team matters a lot for the Singapore team to win the trophy, and vice-versa.