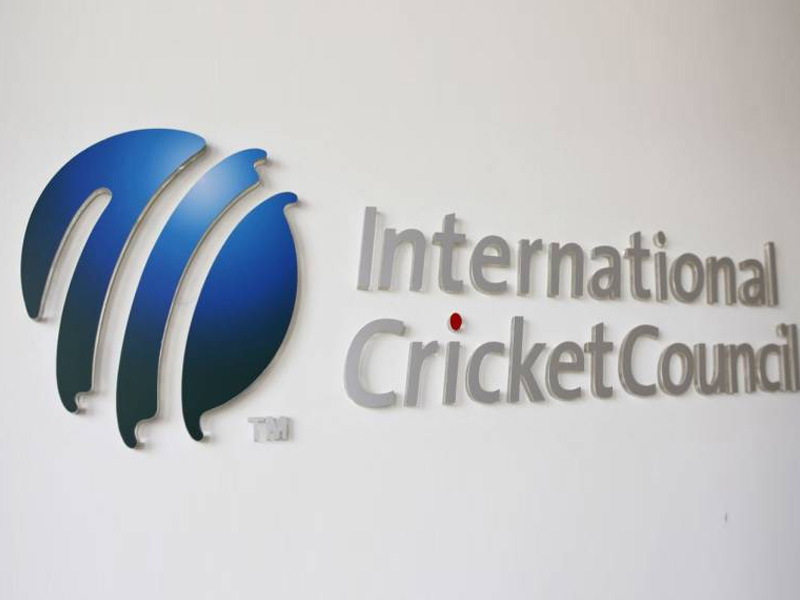 In a major update to cricket lovers and the participating countries, the International Cricket Council (ICC) approved a new qualification pathway for the ICC Men’s Cricket World Cup (CWC) 2023 to be held in India.

“From 2019, a new simplified 50-over league-based qualification structure for the ICC Men’s Cricket World Cup will be introduced that will see the amount of cricket played as part of the Road to India 2023 rise to 372 matches across a 2-3-year qualification period,” ICC said in an official release.

ICC Men’s Cricket World Cup qualification process from 2019 will be as follows: 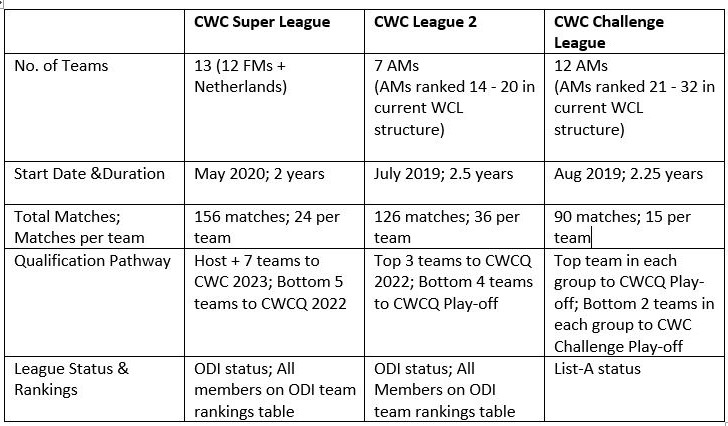 Besides, the Board also decided to relax the entry criterion for both men’s and women’s teams in the World T20 qualification round.

Now, the new rules require only eight unique domestic teams with a record of playing at least ‘five matches’ over the last two years, unlike 10 matches previously. And, the entry fee for the same has been removed.

Further to increase the frequency of matches, the Board also gave its nod for a structured multi-day competition on a cost-sharing basis, allowing Members the choice of playing longer form cricket.

The new structure significantly increases the number of matches and competitive playing opportunities for our Members as well as shortening the whole qualification process to two and a half years, when previously it was six. There is a clear pathway now for teams looking to qualify for the ICC Men’s Cricket World Cup. T20, which is our global growth vehicle, already has a qualification structure in place and by removing the participation fee and lowering the entry levels we’re making it even easier for more Members to qualify in the future. – David Richardson, ICC Chief Executive

Besides, the Board also gave enough boost to the Women’s category by expanding the ICC Women’s Championship to ten teams in the next edition.

The Board has also brought in changes in naming conventions of the tournaments to encourage inclusive environment for both men and women categories as: 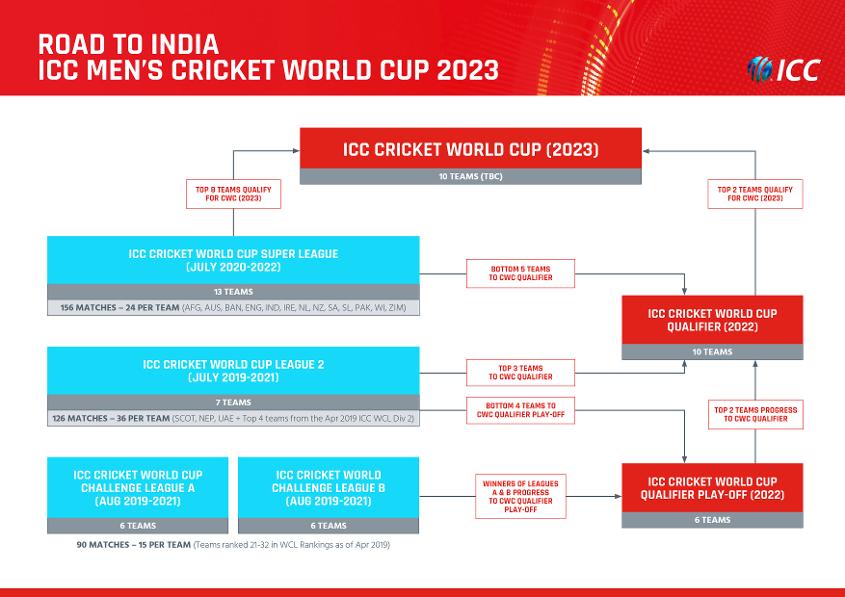 Besides, the Board has also taken other measures that would address off-field behavior involving corruption practices, harassment, indecent attitude across all ICC events.