"I'm not worried about (the) future of the team -- there are a lot of youngsters.
Cricket
News
Sports 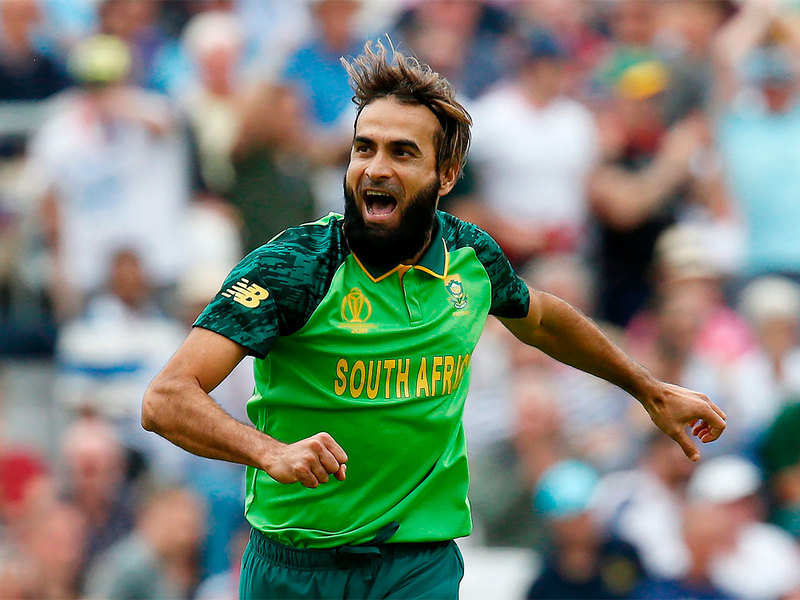 South Africa’s Imran Tahir is readying himself for an emotional farewell to one-day international cricket, although the veteran is upbeat about the Proteas’ future.

Saturday’s World Cup match against reigning champions Australia is set to be Tahir’s 107th and last ODI before the leg-spinner bows out of the 50-over game at international level.

Born in Pakistan but married to a South African, the much-travelled Tahir made his ODI debut in February 2011, just a month before his 32nd birthday.

But the 40-year-old has still taken 172 ODI wickets heading into this weekend’s match in Manchester.

This has been a disappointing World Cup for South Africa, with just two wins from eight games so far and the Proteas have long been out of the race for semi-final qualification.

“As a team, we need to think about finishing on a good note,” he said. “But it makes me feel very sad and emotional that I’m going to leave.

“It was always my dream to play international cricket and I’m really grateful to everyone who helped me along on the way. They accepted me for who I was, the guy who came from overseas.

“It’s a big moment of my life –I always wanted to play cricket and play as long as I could and now is the right time to go.

“It will be quite a hurtful and sad moment for me but I’ve prepared myself for that, so hopefully it will go well for me and the team.”

‘Not worried about the future’

Tahir added: “I’m not worried about (the) future of the team — there are a lot of youngsters.

“I strongly believe there is lots of talent but they just need experience and then they’ll get to the stage where everyone wants to see South African cricket.

“People expect higher and a lot from us -– this World Cup was totally different but I’m pretty sure things will be fine for South Africa.” 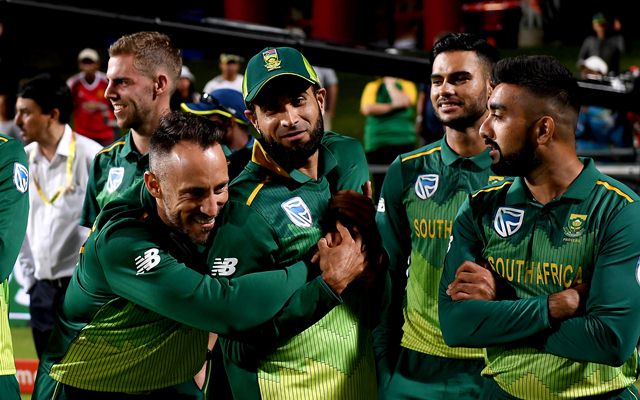 Saturday’s match is set to be the first time Australia’s Steve Smith and David Warner have faced South Africa since they were involved in a ball-tampering scandal during a Test in Cape Town last year that saw both senior batsmen given 12-month bans.

But Tahir, while confident the Proteas would not initiate any ‘sledging’ regarding Smith and Warner, said South Africa would not take a backward step if there were any ‘verbals’ from Australia.

“If it’s coming from them, then obviously we won’t be holding back,” he said.

“But I think it’s going to be a fair game of cricket. It’s at the back of everyone’s mind, but we don’t have to think about that. We are looking forward to the game.”

Saturday’s match will, if he takes a wicket, provide Tahir with one last chance in a South Africa ODI shirt to demonstrate his now trademark celebration that sees him stand with arms aloft and then sprint in a large semi-circle around the infield.

Tahir said he had no additional elements planned for his farewell appearance.

“There won’t be anything extra because I don’t have a clue what I do when I take wickets to be honest with you!” explained a smiling Tahir.

“I got to where I am today by coming through really tough times, so that’s probably why I want to release whatever is inside me.”