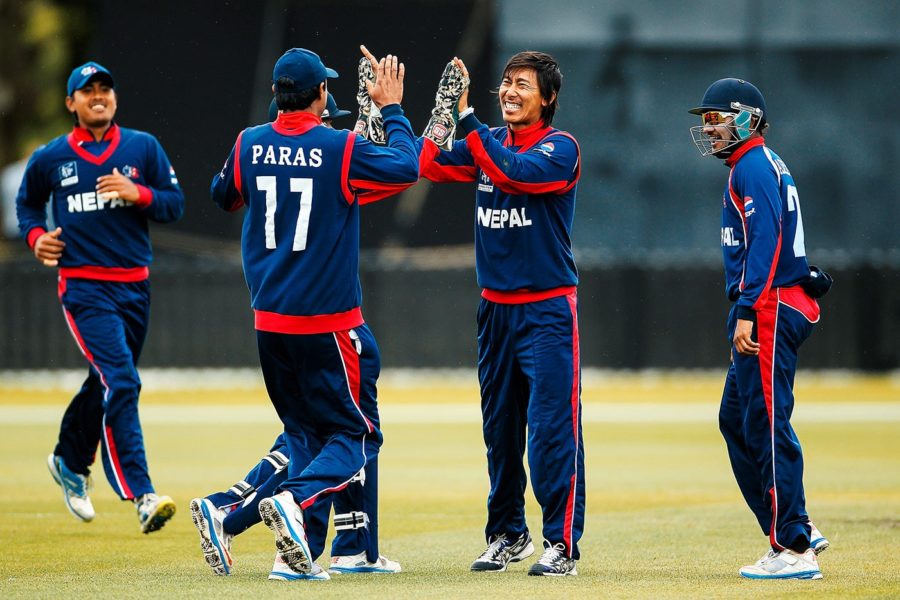 Nepal and Canada are all set for their final match of the ICC World Cricket League Division Two at the Wanderers Cricket Ground in Windhoek, Namibia on February 14, 2018.

The Nepali cricket team currently ranks third on the points table with six points behind Canada and Namibia, and must win this do-or-die match to move to the Top-2 position with an enhanced run rate.

Only two teams qualify for ICC World Cup 2019 Qualifiers to be held in Zimbabwe in March 2018.

Nepal has thus far prevailed over Kenya, the UAE and Namibia, with only a single loss against Oman.

Nepal’s Sandeep Lamichhane, the leading wicket-taker in the tournament with 14 wickets, is expected to play a key role in the Canada match.

Skipper Paras Khadka, the leading scorer for Nepal with 129 runs, will spearhead the team’s batting efforts. Khadka had scored a swashbuckling half-century in the previous match with UAE.

The team is also looking for openers Anil Sah and Gyanendra Malla, along with middle-order batsman Dipendra Singh Airee to play crucial in this match.

Canadian team opener Ravindu Gunasekera, the tournament’s leading scorer with 207 runs, and the team’s captain, 168-run scorer, Nitish Kumar will be focused on continuing their scintillating form in the match.

Nepal and Canada have won one match each in their two previous encounters in 2014 and 2015, respectively.