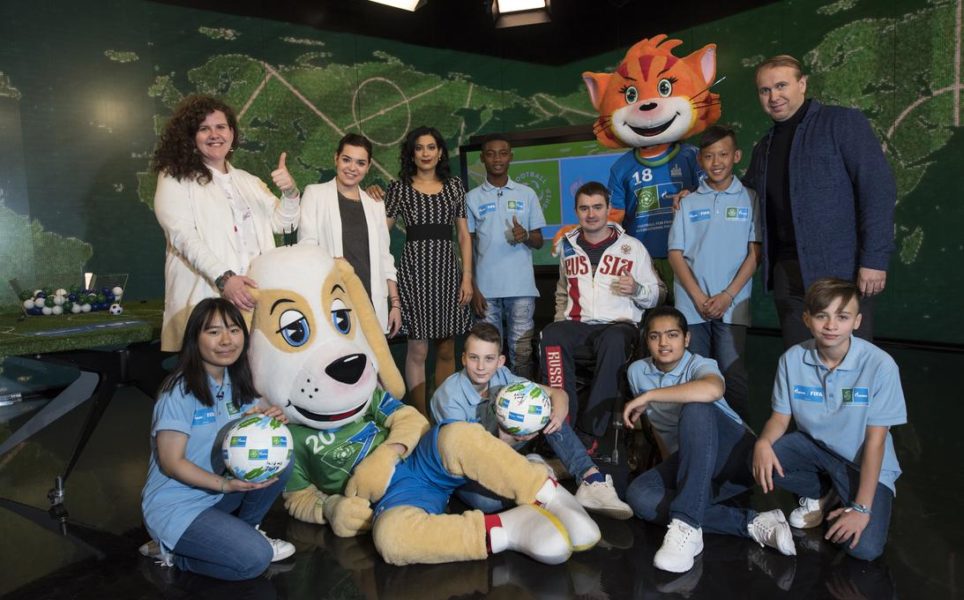 Two young Nepalis have been selected for the Football for Friendship (F4F) International Children’s Social Project being supported by FIFA and renowned organization Gazprom.

Twelve-year-old Nepali football enthusiasts Girish Maskey and Anmesh Rayamajhi have been selected as Nepal’s representatives for this program launched in Nepal recently.

While Girish Maskey is set to join young footballers from around the world in Moscow in June 2018, Anmesh Rayamajhi is going to act as the young journalist to report on all the local and global activities of the F4F programme as part of the International Children’s Press Center and will also spread awareness on the core values (friendship, equality, fairness, health, peace, devotion, victory, traditions and honor) of the program.

The two Nepalis will be part of the 32 International Teams of Friendship and play against each other in the championship that aims to bring together children from around the world and celebrate the unifying spirit of football.

Besides, the two young Nepalis will also take part in the Sixth F4F International Children’s Forum in Russia along with the participants from different countries, wherein, they will discuss with famous footballers and journalists on the ways to promote key values of the F4F programme, globally.

The sixth season of the program will conclude with a visit by the participating children to the opening ceremony and the first match of the FIFA football World Cup 2018.

Nepal is joining this program for the first time in its history alongside 210 other countries and regions.

The F4F program, supported by Gazprom and FIFA aims at developing youth football and a healthy lifestyle as well as promoting tolerance, open-mindedness and respect of different cultures and nationalities between children from across the globe.