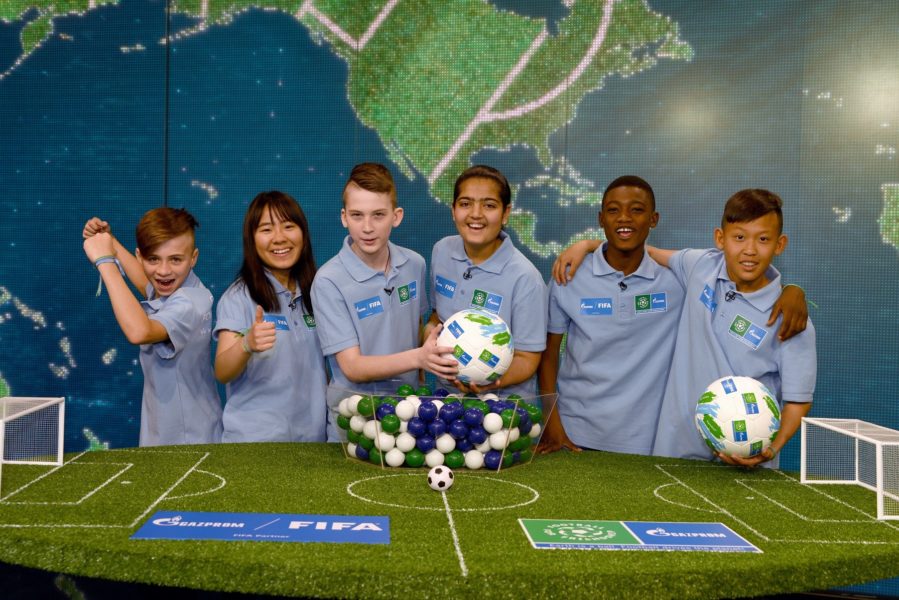 In a move engaging youth towards promoting human values, peace and harmony, a special program called the Football for Friendship (F4F) International Children’s Social Project has been launched in Nepal.

The program launched by Gazprom, the official partner of FIFA and FIFA World Cup 2018, intends to promote human values, friendship, equality and respect among young communities of the world.

“The sixth Gazprom Football for Friendship, being held in collaboration with FIFA, is an event that brings together children from 211 countries and regions. We are delighted to support the program and will be nominating two young students from Nepal to participate in the programme in Moscow in June,” said Sanjib Mishra, Deputy General Secretary of the All Nepal Football Association in an official release.

“We look forward to these young children becoming a part of the global movement of football for peace,” adds Mishra.

With regard to the project, an open draw was held in Moscow, wherein, 32 International Teams of Friendship and relevant player roles (midfielder, forward, defender and goalkeeper) were identified.

Of these, a young Nepali footballer has been selected for the forward role in the African Elephant team.

Post the championship, all the finalized young ambassadors will participate in the sixth International Football for Friendship Children’s Forum, wherein, they will discuss ways to take ahead the program’s key values.

Reflecting the protection of ecoology theme behind the program, each of the teams were named after the endangered animals across the globe.

“The sixth season of the international children’s social program, Football for Friendship is officially open. This year, F4F is supported by 211 countries and regions. We live in an age where people all over the world seek to unite behind the principles of equality and respect for each other. The project is a crucial element in this process,” says Viktor Zubkov, Chairman of the Board of Directors at PJSC Gazprom.

Meanwhile, the FIFA Secretary General Fatma Samoura also said, “We are glad to support this unique initiative from the FIFA partner, Gazprom. The forum is a perfect example of how football can be used to open doors for girls and boys from all backgrounds, a mission that FIFA supports actively.”