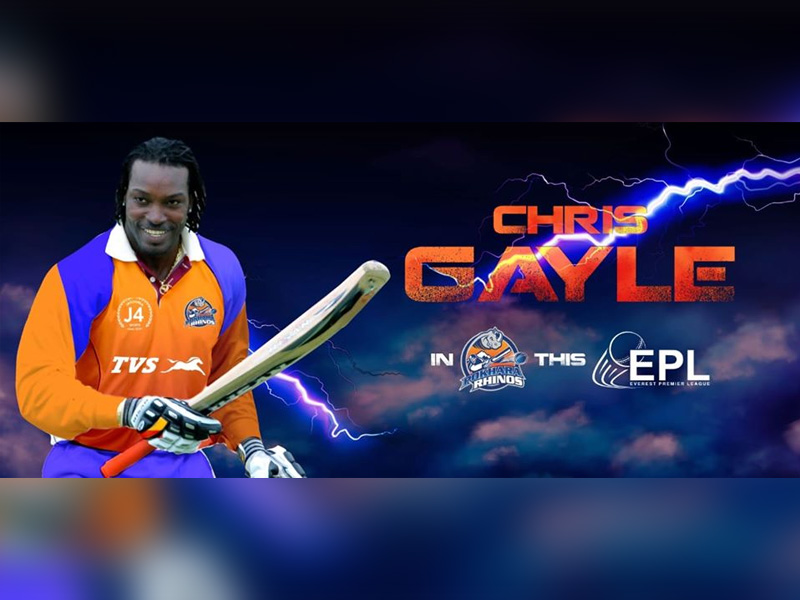 West Indian cricketer Chris Gayle is all set to play for Pokhara Rhinos team in the upcoming 4th edition of Everest Premier League (EPL) in Nepal from March 14 to March 28, 2020.

During a press meet on January 30, 2020, Pokhara Rhinos has signed Gayle as the iconic player of their team.

The ‘Universal Boss’ has twitted that he will be heading to Nepal to play for Pokhara Rhinos in the Everest Premier League. He requested his fans to support his team.

“I will be visiting Nepal for the biggest sporting event, the Everest Premier League. Come and support my team Pokhara Rhinos and be part of a magnificent cricket fiesta. Nepal, get ready for the Gayle storm.”, he tweeted.

Christopher Henry Gayle aka Chris Gayle (@henrygayle) to Grace TU Stadium in the upcoming season of @eplt20official. Get ready for #GayleStorm, #UNIVERSEBOSS for a reason ❤️ pic.twitter.com/4hvy0V2JeV

Likewise, the EPL organizers also confirmed the participation of Gayle in the league in a post on their official twitter page.

Other big names in the league include:

The upcoming event is expected to promote Nepal Cricket into the global stage. Moreover, it is considered to support Nepali tourism during the ‘Visit Nepal 2020’ campaign.