Going beyond, the EPL 2018 tournament also proved to the world what Nepal can be if it decides to!
Cricket
News
Sports
World

Fighting out the odds, Nepal successfully completed the third edition of its high-budget T20 cricket trophy, the Everest Premier League.

Amid thousands of local cricket fans, the grand finale of EPL 2018 at the TU Cricket Ground emerged as a big hit for Nepali cricket lovers and also drew wide global traction.

EPL 2018 made it to the top of Nepal sports headlines above all such cricket premier leagues held in the country in the recent times, such as Pokhara Premier League (PPL), Dhangadhi Premier League (DPL) and others in Upandehi, Karnali, Banke, Sarlahi, and Rautahat.

Going beyond, the EPL 2018 tournament also proved to the world what Nepal can be if it decides to! 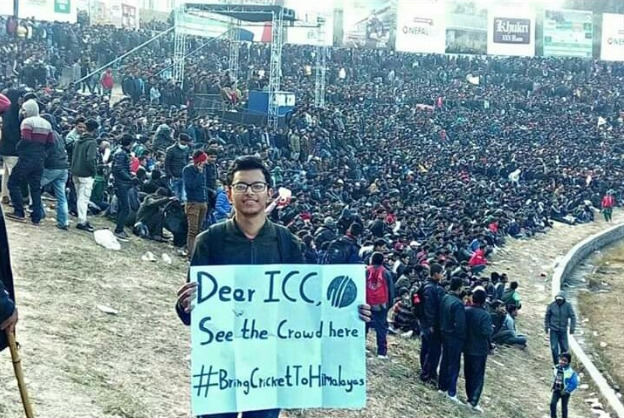 There is no exaggeration in saying this as ‘Nepal undoubtedly stands among the very few world nations that successfully held cricket premier leagues’ till date.

With #EPL2018, Nepal executed something many world nations such as Sri Lanka, Afghanistan, New Zealand, UAE, among others are still struggling to do.

Replacing the inter-provincial T20 setup, Sri Lanka formed its own premier league in 2011 but failed to execute due to various reasons such as organizing failure and lack of sponsorships.

Afghanistan Premier League managed to host at least one recently but is struggling to earn recoveries on the investment made. New Zealand also doesn’t have its own premier league. UAE planned its T20X, but stopped it within months of initial announcement after failing to attract bidders.

Many others such as Ireland and many reputed ODI countries such as Scotland and The Netherlands are also in the list of countries that failed to implement T20 leagues till date.

Considering these aspects, it’s undoubtedly to say that Nepal did a rare feat with its T20 premier leagues in the recent past to the latest #EPL2018.

And, for the first time in Nepal cricket history, EPL 2018 also brought foreign commentators such as Sri Lankan Farveez Maharoof, New Zealand current woman international cricketer Frances Mackay, Indian sports broadcaster Navneetha Krishna and Irish commentator Andrew Leonard for live broadcasting of the event, which is being considered as the ‘next-level’ in the local-level telecasting of sports events.

But this success did not come so easily for the Himalayan nation. #EPL2018 underwent months of wait for ICC approvals for execution, among many other inter-organizational and external pressures.

You need to have vision. Year 2016 was all about domestic scene, 2017 was about international flavor, and 2018 was about capitalizing what we did in 2017. Every year we need to graduate. I never believed in the short-cut. It won’t happen anywhere in the world. We have a plan and it is working as expected,” says EPL Managing Director Aamir Akhtar.

Whatever success wipes off hurdles felt…EPL 2018 proved it!