After the successful completion of the 13th South Asian Games, Nepal is back with another sports event i.e. the 2nd Pokhara Premier League (PPL).

The second edition of PPL has begun on a grand scale on December 15, 2019.

The first match of the event saw Kathmandu Golden Warriors and Pokhara Paltan cricket teams facing each other. But Paltan’s won the match for 119-1 beating out Golden Warriors target of
115-8.

Now, the second match is already on between Expert Dhangadi and Biratnagar Titans. Dhangadis have already finished their winnings at 117-8 and Titans are playing to test their luck with current score at 15 for the loss of 2 wickets.

Post this will be the third match of the tournament on December 16, 2019, i.e., between Butwal Blasters and Kathmandu Golden Warriors starting 12.30pm. 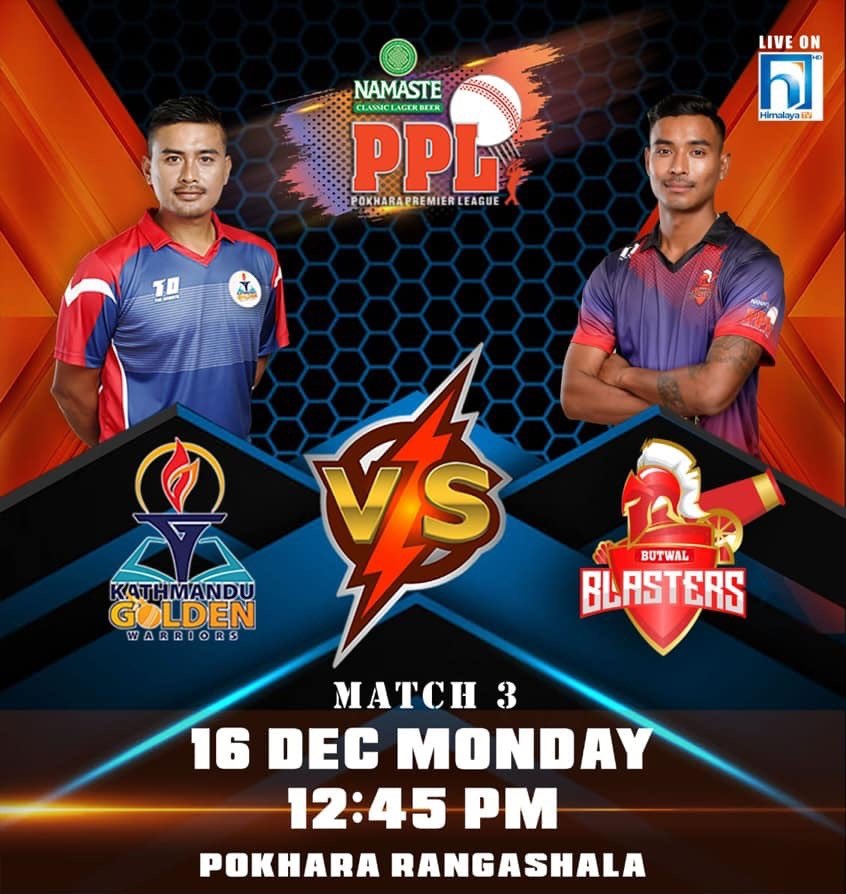 This is an important match for both, as Blasters are playing their maiden match and Golden Warriors are playing second match of the series after a defeat.

It’s worth waiting to watch ‘who gets what’!