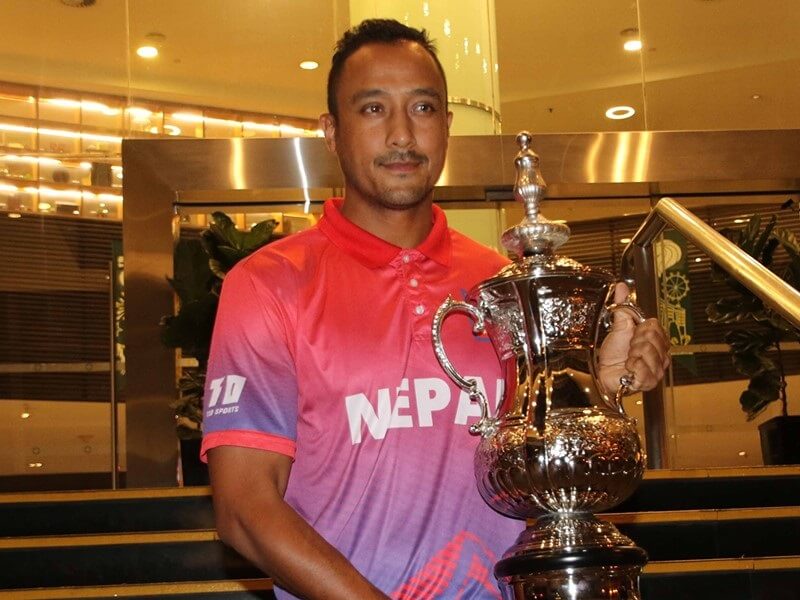 Nepal lost its first match against Qatar by 4 wickets. Nepal has to win the remaining three matches in the series to secure its position in the ICC T20 World Cup Qualifiers.

The match was delayed due to rain in Singapore. Consequently, the match was reduced to nine (9) overs for each of the teams. The match began with Nepal winning the toss and choosing to field first.

The Malaysian team made a dull start where Anwar Arudin was run out in the very first ball of the first over.

However, Syed Aziz was quick to cover up for the loss with two consecutive fours for his team. At the end of the first over, Malaysia lost its second wicket when Sompal Kami bowled out Shafiq Sharif.

Sadly, Aziz’s stint came to an end when Sandeep Lamichhane bowled him out in the fourth over. Virandeep Singh’s entry in the fourth over raised the hopes of the Malaysian side. However, his innings was shortened with a bowl out from Regmi.

Syed Aziz and Virandeep Singh remained the top scorers of the team with a contribution of 30 and 21 runs respectively.

Overall, Malaysia scored 83 runs from 9 overs at the loss of 7 wickets.

In the Nepali innings, PS Airee and G Malla kicked off a great batting partnership that registered 11 runs for their team in the very first over.

The duo kept delivering a fair share of fours and sixes in every over until Malla was run out in the 6th over. By then Nepal had reached a score of 66 runs.

After Malla, B Bhandari took over the field, delivering steady 1 and 2s with occasional sixes. Shortly after Malla, PS Airee fell prey to Muhammad Syahadat’s run out.

Then came in DS Airee, who sustained his position until the 8th over. The match was then dependent on the Bhandari-Vesawkar partnership. It was Bhandari’s sixer that gave Nepal winning runs and beyond.

G Malla and Bhandari remained the top scorers of the Nepali team with 51 and 13 runs, respectively.

On the bowling side, Nepal’s Sompal Kami remained the highest Malaysian wicket-taker with 3 wickets to his credit. This was followed by Lamicchane, Karan KC and Bohara taking two wickets each.

Congratulations to Team Nepal for a great match and remarkable win against Malaysia!

The winning team will challenge Kuwait in their next match on July 27, 2019