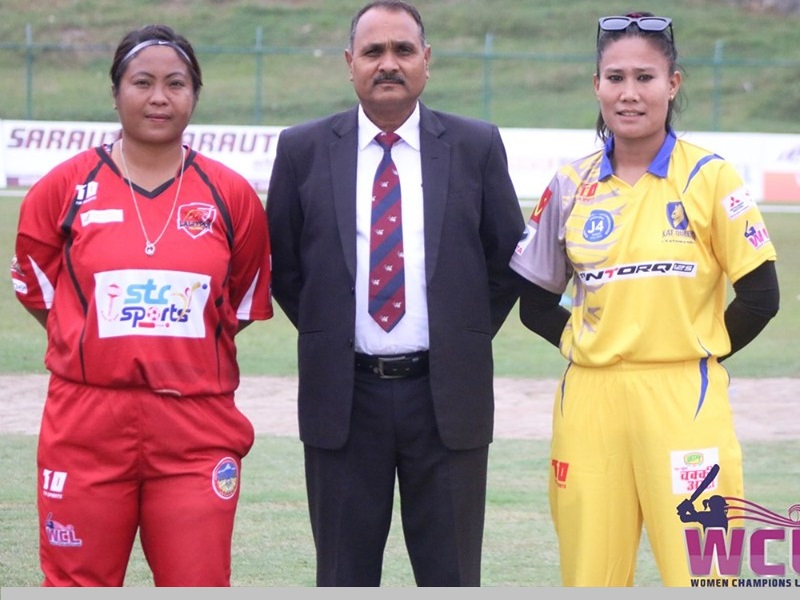 Lalitpur Falcons won the toss and elected to bat first.

Falcons made a total of 105 runs from 20 overs and a loss of 5 wickets. B Roshani scored the highest for her team with 29 runs from 50 overs.

Kathmandu’s Rubina Chhetry was announced Player of the Match.

Kat Queens and Lalitpur Falcons will be facing each other in the eight-match of the WCL T20 Tournament on October 20, 2019 at the Tribhuvan University International Ground at 9:30 AM.

Kat Queens has played three matches against Rhinos, Paltan and Titans. It lost to Rhinos in the first match by five wickets, won the second match against Paltan by 82 runs and won/lost the seventh match against Titans by (…..).