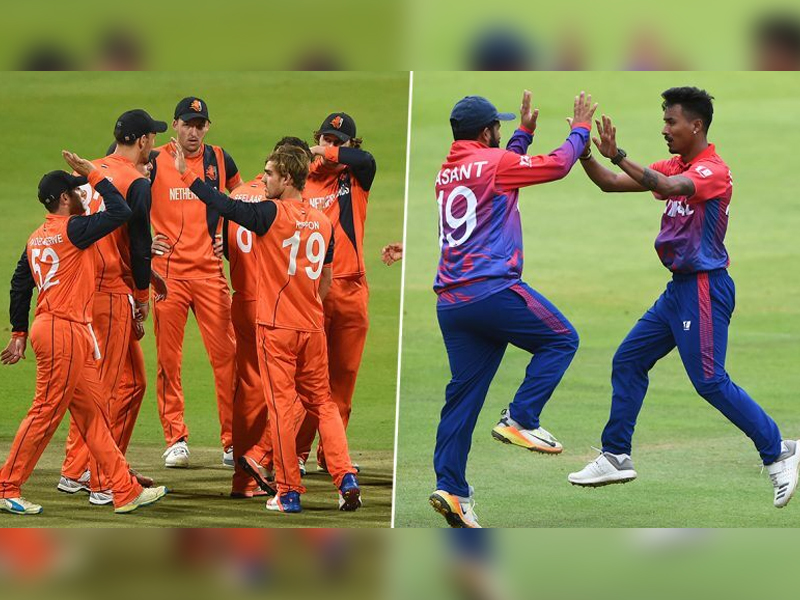 Nepal marked their second victory against Netherlands as part of the ongoing Oman Pentangular T20 Series at the AI Amerar cricket stadium in Oman today.

Nepal made a total of 134 runs from 19.5 overs, winning the match against Netherlands by 4 wickets and 1 ball.

Similar to their first match, Nepal won the toss and decided to field first.

Netherlands began their innings with TP Visee and MP O’Dowd who scored a total of 44 runs from 48 deliveries.

O’Dowd’s 44 runs was the highest score in the team, followed by CN Ackermann’s 29 runs off 20 deliveries.

At the end of their innings, Netherlands set a target of 133 runs for Nepal.

On the bowling side, RE Van der Merwe was the highest wicket taker, who picked 2 Nepali wickets, while four other Netherland players picked 4 wickets each.

Nepal opened its innings with 33 and 9 runs from Paras Khadka and P Sarraf. Karan KC was the next highest scorer in the team after skipper Khadka.

Nepal wound up the match in the 19th over with a total of 134 years with one ball remaining.

In terms of bowling, Nepali players Sandeep Lamichhane and Karan KC picked up 4 wickets each of the Netherlands team.

It is worth noting, Karan KC has been the highest wicket taker among others in the last two matches against Hong Kong and Netherlands.