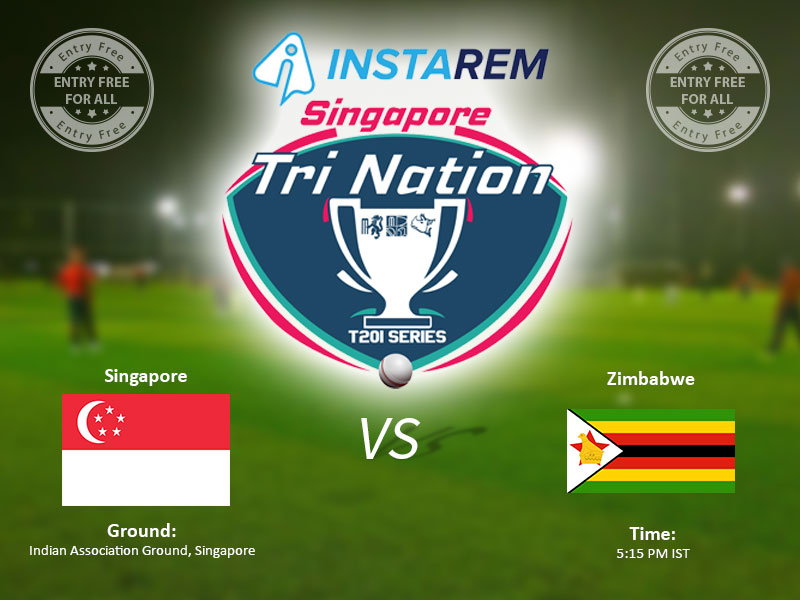 In a terrific match between the two big teams –Singapore and Zimbabwe on September 29, 2019, the former took home the winner’s title.

Host-country Singapore won the match by four runs against Zimbabwe that had a tough chase.

The match between Singapore and Zimbabwe was reduced to 18 overs due to rain. While Singapore sealed its victory with a total of 181 runs, Zimbabwe closed its innings with 177 runs at a loss of all wickets. 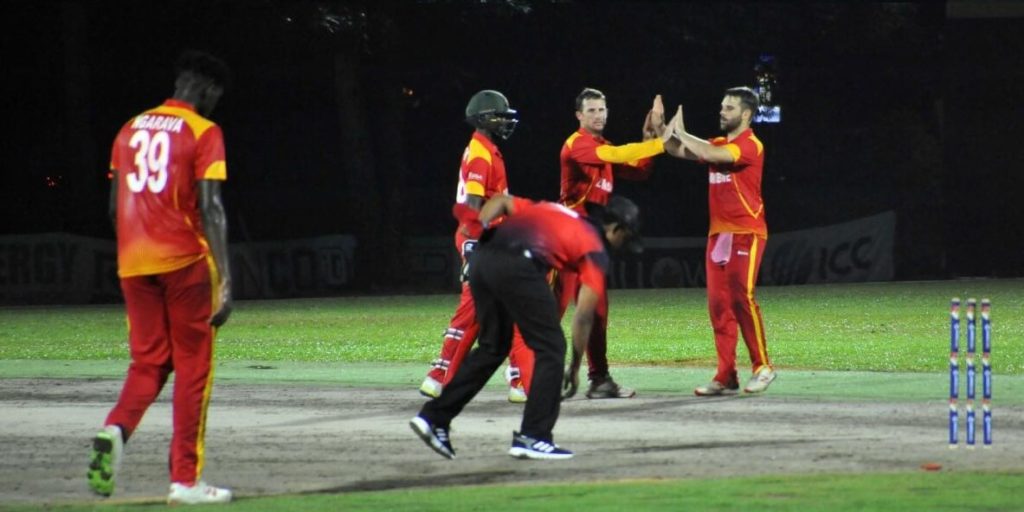 Singapore won the toss and chose to bat first. R Rohan opened the team’s innings with 39 runs from 22 deliveries.

As the game progressed, the match saw a fair share of scores from each of the players with TH David and Manpreet Singh scoring the highest – 41 runs each from 24 and 23 deliveries, respectively.

On the other hand, Zimbabwe’s RW Chakabva opened the team’s innings with a whooping 48 runs from 19 deliveries. Third, in order, captain Sean Williams smashed 66 runs from 35 deliveries including 5 fours and 5 sixes. With his powerful stint on field, Williams became the highest scorer in the team.

However, his innings was shortened when Amjad Mahboob bowled him out.

On the bowling side, RP Buri and WP Masakadza remained the highest wicket-takers in the Zimbabwe team. Both players took 3 and 2 Singapore wickets, respectively. 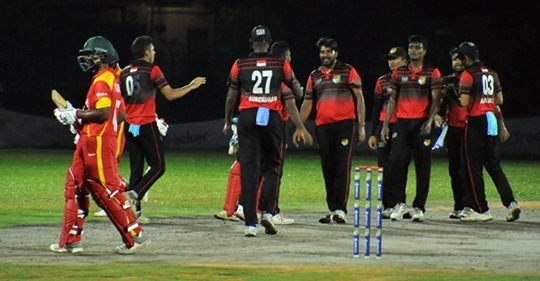 Captain Mahboob was proud of his team who pulled off a great match.

“I just spoke to my boys, ‘Just do your best, just fight until the last ball; just don’t care about the result and just give your best and see the result came in our favour. Yesterday we lost. Yesterday I didn’t play [against Nepal]. Just today I came and I told the boys pre-game that to play to our potential. To not be scared. We are a young side and it’s a great feeling to beat a Test nation. We are very happy,” said Mahboob.

On the other hand, Captain Williams expressed his distress over his team’s short-margin failure.

“I’ve been around for a while now and getting myself that close and not finishing the job is very disappointing for me and I take that to heart,” Williams said. “Obviously because I’m a leader of the side and I’ve got to be the one that stands up and finishing the job,” said Williams.

With this match, Nepal and Zimbabwe stand equal on the points table with two points each.