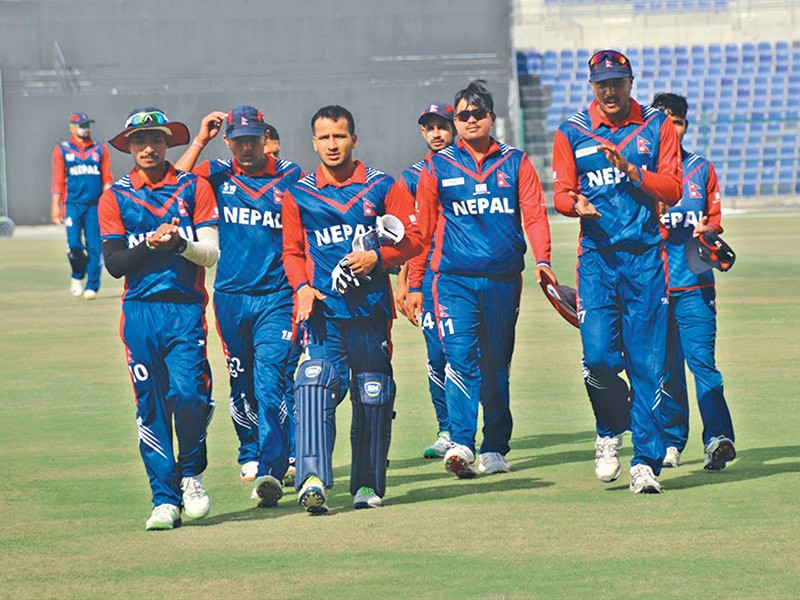 The ICC Mens T20 WC Asia Finals Qualifier has begun, wherein Nepal and Qatar are playing their first game of the series at the Indian Association Cricket Ground, Singapore.

Nepal won the toss and elected to bat first at the ICC Men’s T20 World Cup Asia Region Final 2019 opening match. In the Nepali innings, the team set a target of 123 runs for Qatar to chase.

Nepal began their innings with a steady partnership by skipper Paras Khadka and G Malla, who scored a total of 51 runs.

The game took a slump when S Vesawkar was ousted in the tenth over with just a score of 7 runs.

The remaining players struggled to get past single-digit runs and continued to play the same until the close of the Nepali innings.

On the bowling side, Sandeep Lamichhane took three Qatar wickets while giving away 33 runs in four overs.

Despite the tremendous effort put in by the Nepali team, they failed to win their first Asia final qualifier.

Nepal lost the match against Qatar by four wickets, where the latter made an overall score of 124 runs.

Qatar’s Inam-ul-Haq and Kamran Khan were the top scorers in the team with 41 and 22 runs, each.

The ICC Men’s T20 World Cup Asia Region Final, 2019 is a qualifying match for Asian countries to secure a position in the ICC World T20 Qualifier 2020.

Nepal will be facing Malaysia in its next match on July 24, 2019