Nepali cricket fans be ready for the comeback of Nepal’s own cricketing association – the Cricket Association of Nepal (CAN)!

Elections for the CAN – Central Working Committee (CWC) will soon be taking place between September 27-28, 2019.

The elections are being conducted after a meeting, involving the International Cricket Council (ICC), the National Sports Council (NSC) and an independent committee, decided on the reinstatement of Nepal’s cricket association. 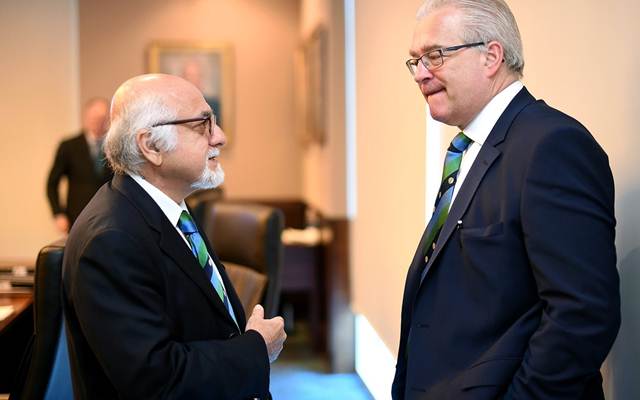 Silwal shared that the meeting parties reached an agreement to conduct the CAN elections in a free, fair and disciplined manner.

The upcoming elections will also pave way for Nepal’s reinstatement in the ICC.

“I am optimistic that upon conclusion of the central elections, the ICC Board will be in a position to consider Nepal’s reinstatement at its October meeting in Sydney,” said ICC Deputy Chairman Imran Khwaja in the ICC’s press statement.

The district and provisional elections have been completed in accordance with the CAN constitution and the CWC elections will be held during the CAN Annual General Meeting (AGM) between the given dates.

“I’m glad to note that the CAN district and provincial elections have been concluded and we are at the final stages of conducting the central elections. I am thankful for the NSC’s support in ensuring that elections are conducted in a free and fair manner devoid of any political interference, which is an important prerequisite for the reinstatement of Nepal’s ICC membership”, said ICC Deputy Chairman Imran Khwaja.

CAN has been absent for a long time following its dissolvement by the ICC in 2016 owing to factors such as rampant corruption within the association and political interference. Cricket in Nepal received a major hit due to this.

The association’s reinstatement will revive the spirit of the game within Nepal.