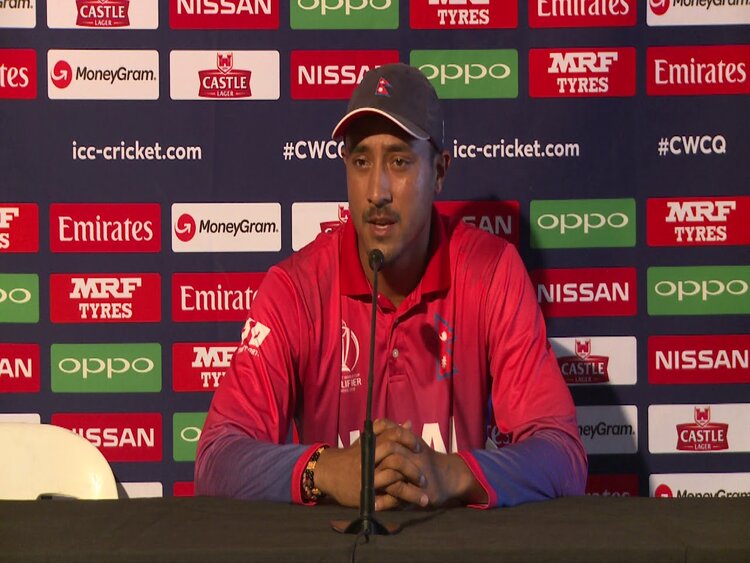 Paras Khadka, the face of Nepali cricket, has announced his retirement from international cricket.

“With utmost clarity, respect and gratitude, I have now decided to retire myself from playing international cricket,” tweeted Khadka.

The former captain of the national cricket team started his cricket career in 2002 in the Asian Cricket Council U-15 tournament. He made his debut for Nepal’s national team in 2004 in the Intercontinental Cup in Malaysia.

The 33-year-old cricketer led Nepal’s national team from the status of ‘Division 5 team,’ the lowest tier of international cricket, in 2010 to ‘one-day international (ODI) nation,’ the highest tier, in 2018. It is a rare achievement for any country to achieve that status in such a short period.

Khadka even played a crucial role in qualifying Nepal for the 2014 T20 World Cup, the first time Nepal faced the top cricket nations in an ICC event.

“As the team leader, he deserved most of the credit for Nepal’s winning outcomes,” said Jagat Tamata, Nepal’s former coach.

“Besides that ability to motivate his team and the ability to make the right decision at the right time, luck also played a part in his becoming the most decorated cricketer of the country,” he added.

“Cricket was not very popular in Nepal until we played the 2014 T20 World Cup. The game’s popularity rose massively when Nepal played the World Cup in Bangladesh,” said Poudel.

Nepal’s top leg spinner Sandeep Lamichhane, who debuted in 2016 under Khadka’s leadership, said, “It was an amazing experience and a dream come true to play under Khadka’s captaincy.”

“He was always there whenever anyone in the team needed him. Not only was he a fantastic cricketer, but also a great motivator,” added Sandeep.

“This amazing journey on a cricket field as an international cricketer ends here, but the cricket dreams for my country have just started,” tweeted Khadka.