Navigation
Navigation
Home > Sports > Cricket > ACC U19 Asia Cup 2019 – Nepal Vs Bangladesh: Nepal loses by 6 wickets, Out of the tournament

ACC U19 Asia Cup 2019 – Nepal Vs Bangladesh: Nepal loses by 6 wickets, Out of the tournament

Nepal put up a good show with a total score of 261 runs at a loss of 8 wickets.
Cricket
News
Special Stories
Sports 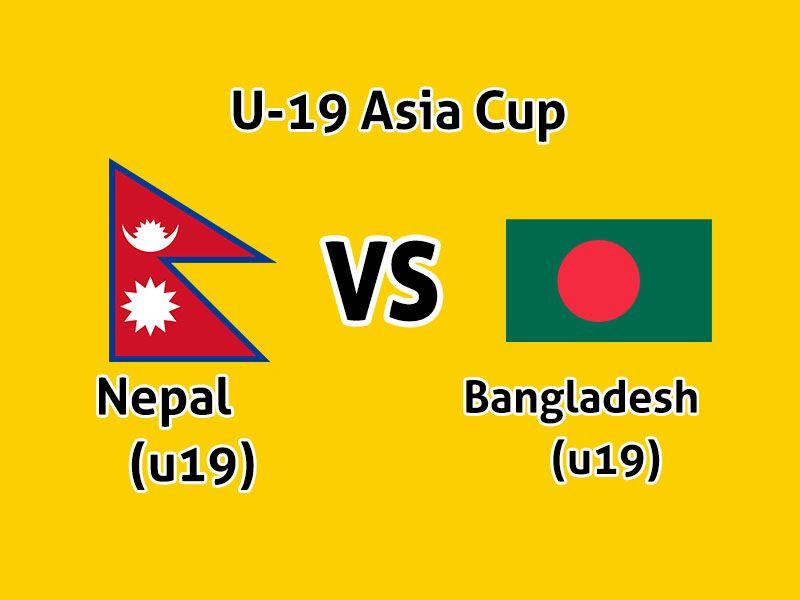 In another saddening defeat, Nepal lost its match with Bangladesh by 6 wickets in Colombo on September 08, 2019.

Bangladesh won the toss and elected to field first.

Nepal put up a good show with a total score of 261 runs at a loss of 8 wickets. All the Nepali batsmen put in their best efforts. Rit Gautam and Pawan Sarraf opened the match for Nepal, contributing 45 runs until the fall of the first wicket. 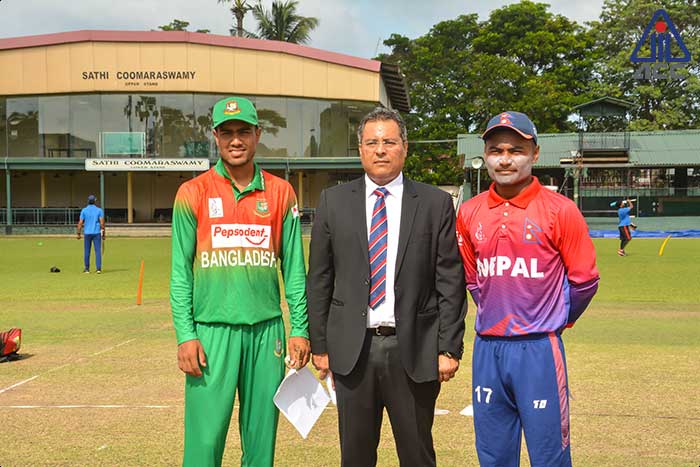 Following through, S Jhora’s batting provided the much-needed push for the Nepali team. Similarly, a fair share of scores from Kushal Malla (28) and Bhim Sharki (21) added to Nepal’s big total of 261 runs. 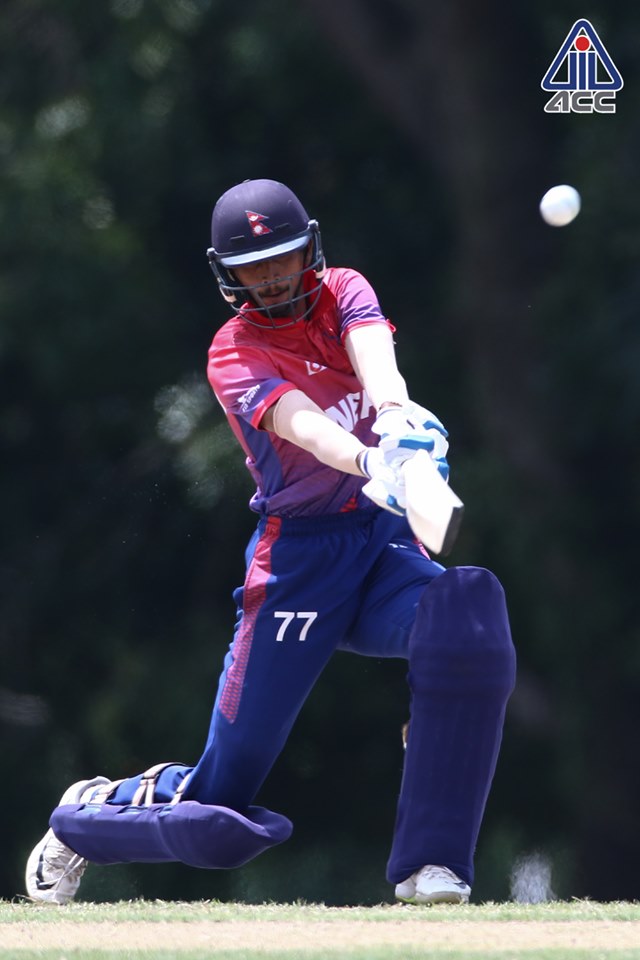 Sarraf remained the highest scorer for the Nepali U-19 team with 81 runs from 109 deliveries. This was followed by Jhora’s 56 runs off 37 balls, who was the second-highest scorer. 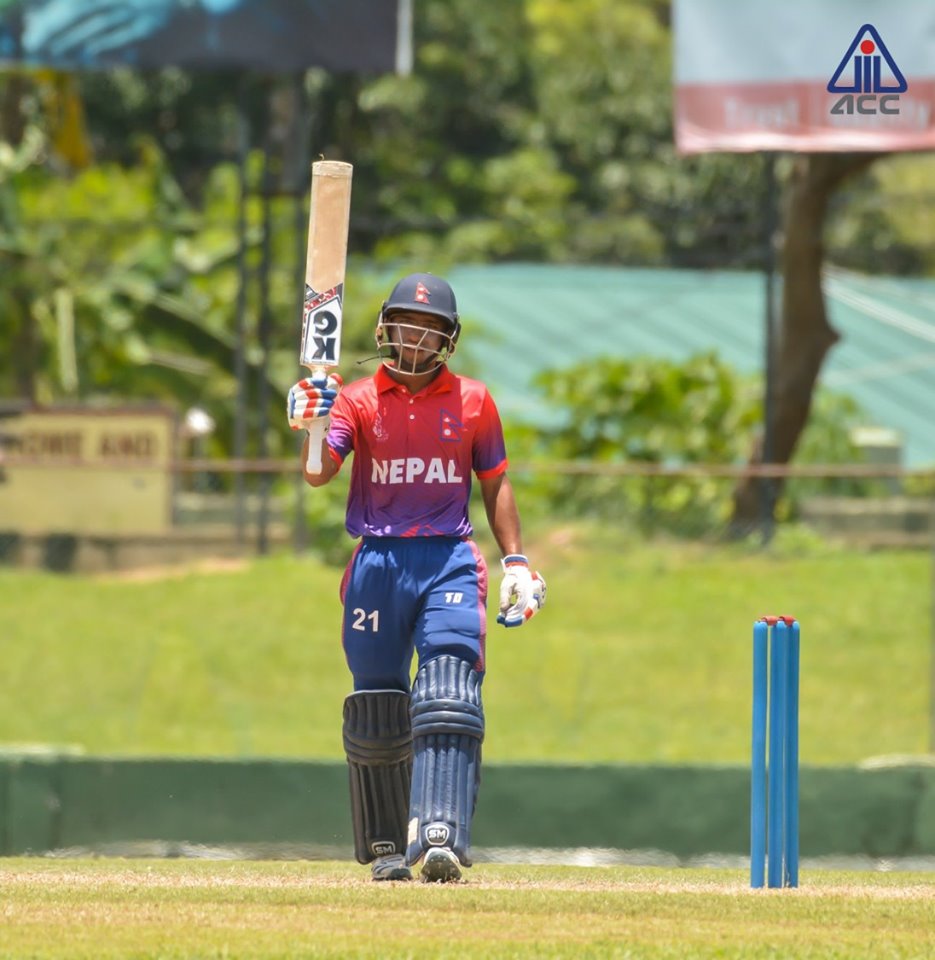 Bangladesh’s innings began slowly, with the team losing 2 wickets even before they could make 20 runs.

However, Mahmudul Joy and Towhid Hridoy came along and scored 40 and 60 runs respectively, lifting Bangladesh’s game.

On the bowling side, Nepal’s KS Airee remained the highest wicket-taker who took two Bangladeshi wickets.

Following the defeat to Bangladesh, Nepal is now out of the tournament. A lot was expected from Nepal U19 skipper Rohit Paudel, who couldn’t score many runs for Nepal (14 runs off 26 deliveries) during the match with Bangladesh. The expectations were high as Paudel had earlier played alongside senior Nepali players in international games. However, his performance remained disappointing for both games – Nepal Vs Sri Lanka (47) and Nepal Vs Bangladesh. 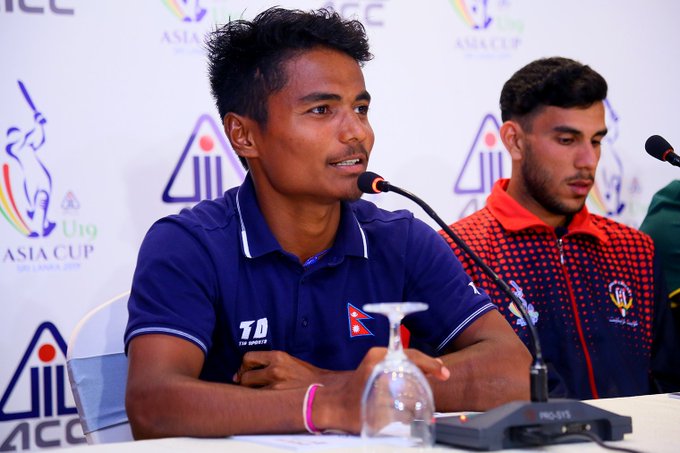 Meanwhile, the victory against Nepal has settled Bangladesh in the semi-finals. The upcoming game between Bangladesh and Sri Lanka will decide the champions of the group level.

Bangladesh Under-19s won the toss and elected to field! 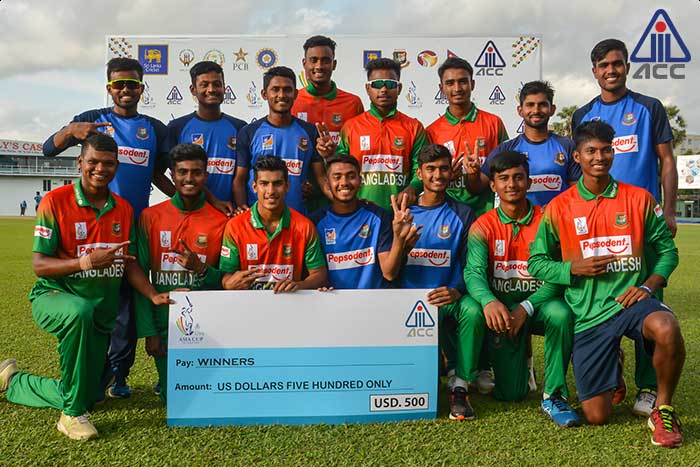 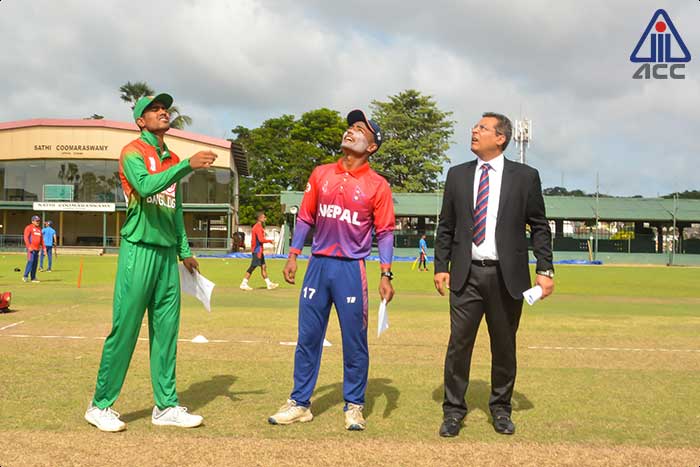 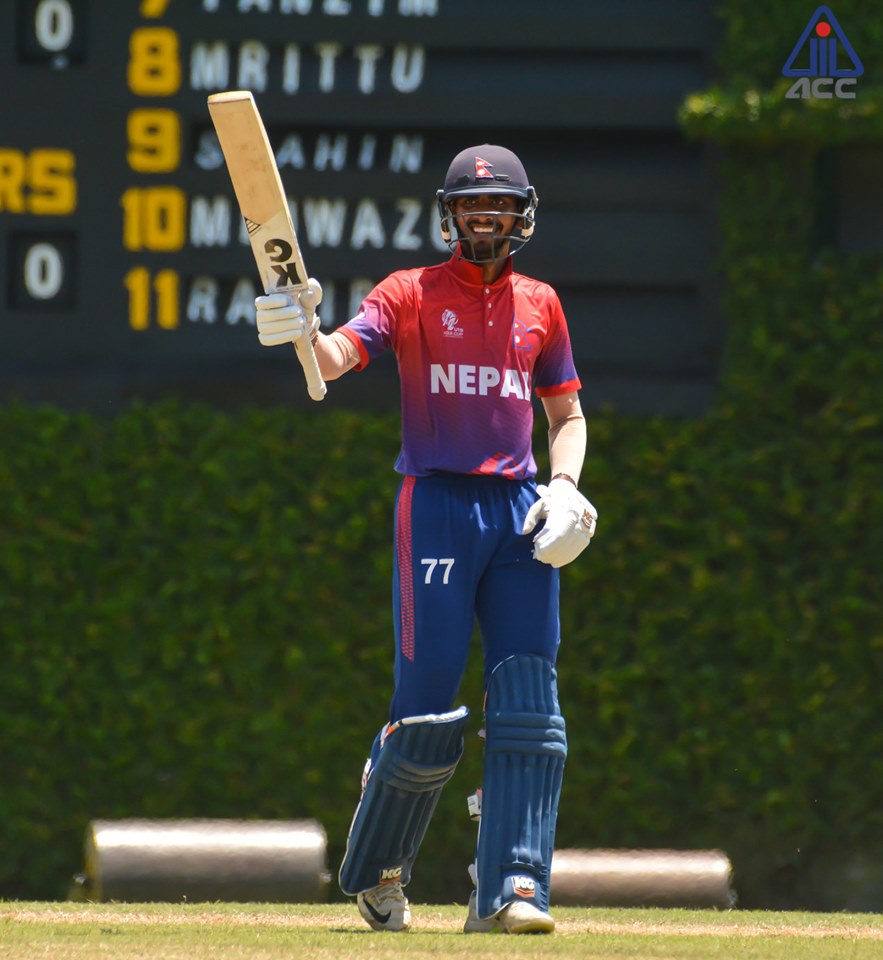 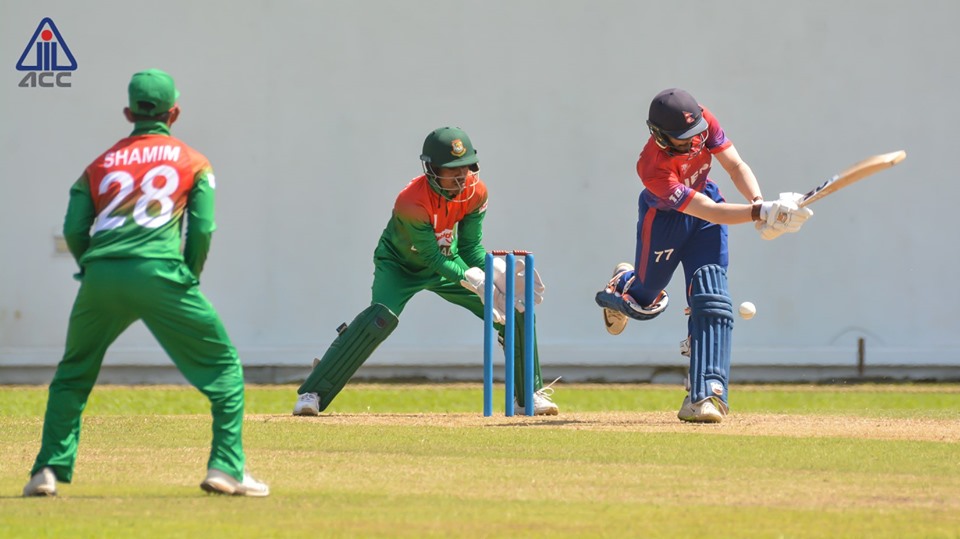