AFC U23 Qualifiers- Nepal Pitted Against Afghanistan, Oman, Qatar in ‘Group A’ 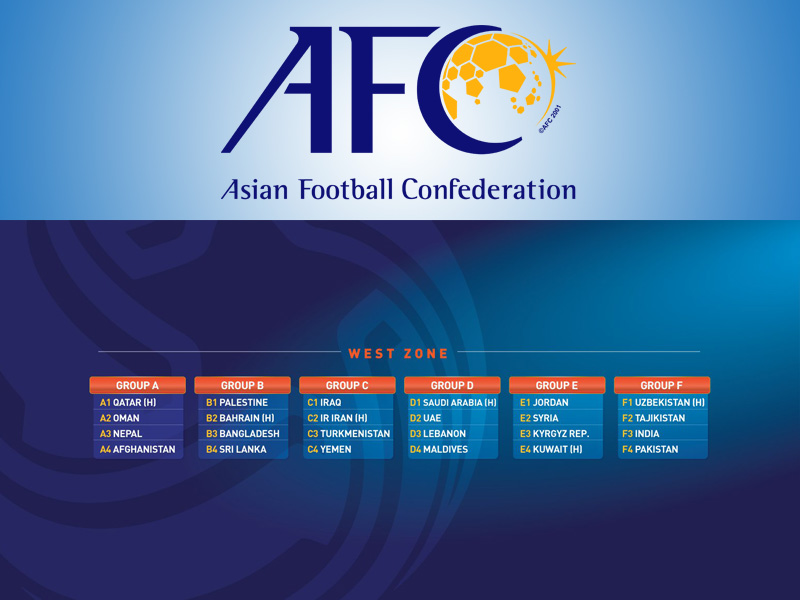 Nepal is gearing up for the upcoming Asian Football Confederation (AFC) Under 23 Championship Qualifiers, after a significant performance at the AFC U19 Championship.

In the most recent update for the upcoming game, Nepal has been grouped with Afghanistan, Oman and ‘host country Qatar’ in Group A and will play against these countries on the following dates:

The AFC U23 Championship qualifiers will begin in March 2019 with 44 qualifier teams from two zones competing against each other– West- 24 teams, East- 20 teams.

Group B and C
Group B host country Bahrain has been setup with Bangladesh, Palestine and Sri Lanka. This will be Bahrain’s ‘fourth’ attempt to qualify for the finals.

Meanwhile, Group C host country ‘Islamic Republic of Iran’ will battle it out with inaugural champions Iraq, Turkmenistan and Yemen.

Group D and E
Saudi Arabia of ‘2013 AFC fame’ will be hosting Group D matches and play against Lebanon, Maldives and United Arab Emirates (UAE). The country is eagerly looking forward to going beyond their previous group-level stage, where they failed in January 2018.

On the other hand, Group E will include Kuwait, Kyrgyz Republic, Jordan and Syria.

Group G host country Mongolia will be up against DPR Korea, Hong Kong and Singapore.

Group H and I
Group H’s Cambodia will be hosting group mates Australia, Chinese Taipei and Korea Republic and while striving to reach the finals.

With the AFC U23 2019 Qualifiers, Myanmar will make a ‘comeback’ after two years against AFC U23 2016 winner Japan, Timore Leste and Macau.

Group J and K
Malaysia made history for their country, when they reached the quarter-finals of AFC U23 2018 championship in January. This time they’re aiming to win the trophy but not before they beat opponents China PR, Laos and Philippines.

Vietnam came close to the trophy this year but failed to bring it home. However, with the matches scheduled throughout the AFC U23 2019 qualifier season, it hopes to do so by defeating Group K countries Brunei, Indonesia and Thailand.

Eventually, all the 11 groups’ winners and their runners-up teams will make it to the finals of the AFC Under 23 2020 Championship in Thailand. What is interesting is that host countries of the finals will receive ‘automatic qualification’.

May the best team win!

Football fans! Get ready to be entertained to Asia’s biggest football tournaments.