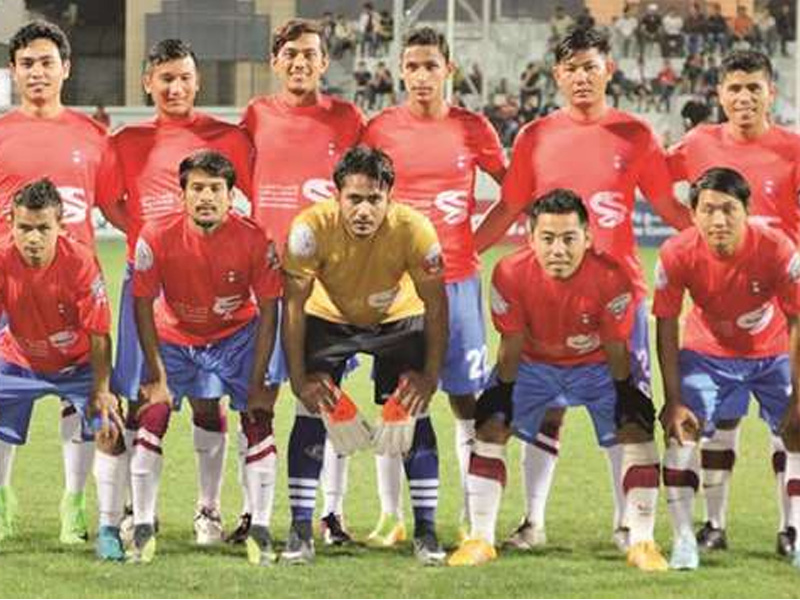 Nepal bagged another victory in the world sports. But this time, it’s not cricket as every time, that’s football.

In a recently-held football tournament, the non-resident Nepali football team registered a grand victory against Sri Lanka in a match held as part of the Sixth Asian Non-Resident Football Tournament.

In a match held in the Sports Stadium, the Nepali team beat Sri Lanka for 2-0 and secured its position in the semi-final round of the tournament.

Shiva Shrestha and Rakesh Saapkota drove the team to success with stunning goals with Shiva hitting his goal in the sixth minute of the second half of the match and Rakesh in the 19th minute.

Skipper Shiva Shrestha was declared the Man of the Match for his outstanding performance.

“The semi-final is crucial for us. We are eyeing the trophy this season,” says Sanjeev Ranabhat, Chairperson of Nepali football team.

The Nepali team will now play the semi-final match on March 22, 2018 against the winner of the Lebanon-Bangladesh match, which is yet to happen.