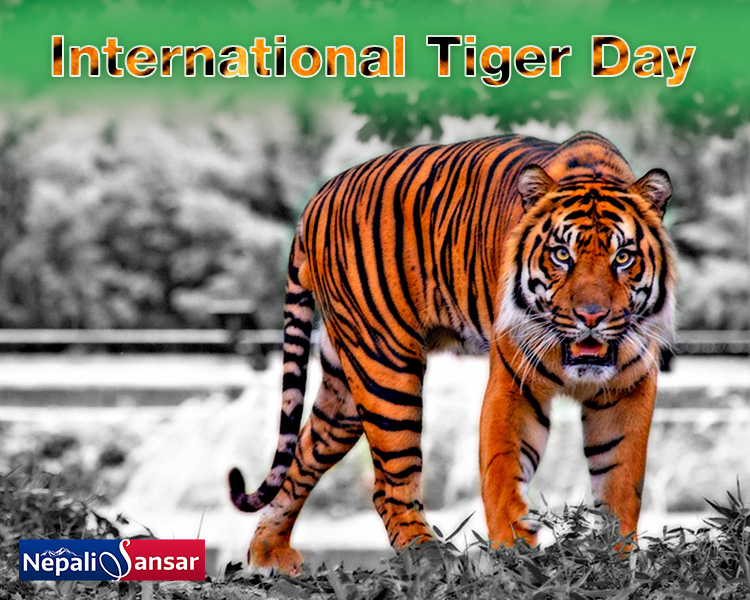 World nations observed the International Tiger Day 2018 on July 29, 2018 with conservationists pitching for the need to save the big cats from becoming endangered.

The World Tiger Day (WTD) 2018 shed light on need for awareness about tiger population globally along with challenges and success stories of tiger conservationists in achieving the same.

While the World Wide Fund (WWF) 2018 reports rise in tiger population in its 2016 report, tiger conservationists took on social media on the eve of WT 2018 voicing their concerns about the current status of tiger conservation, globally.

When it comes to conserving biodiversity, Nepal holds a special place in the world as a home to some of the world’s rare flora and fauna- Tigers among them.

World Tiger Day 2018 in Nepal
In line with the global convention taken at Saint Petersburg of Russia in 2010, Nepal has been successfully observing the World Tiger Day on July 29 of every year.

Continuing the journey, Nepal celebrated the World Tiger Day 2018 on a grand scale amid wide range of programs and discussions on ways towards successful conservation of big cats!

To mark the seventh edition of the day, Nepal’s Department of National Park and Wildlife Conservation planned various special programs across the country.

However, the most-awaited Tiger Census Report by Nepal Government was not released on the occasion, leaving a little disappointment for the related stakeholders of the country.

The government feels that it would require additional time for a detailed analysis of the scenario before coming up with final survey report.

After field work, we began data analysis on May 15. We have to analyze and compare every single picture from the field. Since we also have to go through data similarly processed by the Valmiki Tiger Reserve of India, it is likely to take more time, says
Gopal Prakash Bhattarai, DG, Department of National Parks and Wildlife Conservation (DNPWC)

“We have to best utilize science, technology and our own experience rather than misusing it in the rush. The government will publish the report at the right time after conducting a thorough analysis of available data,” says Oli.

The country’s potential tiger reserves are basically across three regions: Chitwan-Parsa, Banke-Bardiya and Shukla-Laljhadi-Jogbudha, which are further categorized into a total of 1,887 grids with each covering a 4 sq.km area.

As part of the survey, a total of 1,643 camera traps were installed across these grids to monitor and record tiger movement.

It’s noteworthy here that Nepal has been at the forefront with regard to one of the most-endangered snow leopard species and has already put forth its plans towards conserving the same.

This delay in release of the report gave scope to rise of concerns over the dismaying decrease of tiger population in the country’s tiger reserves especially the Chitwan National Park (CNP), a protected area with the highest number of big cats in the country.

While the 2013 census report records adult tiger population in CNP at 125, the latest reports show some alarming decline of the same i.e. nearly 11 deaths in the last three years including six in 2017-18 alone.

According to the Department of National Parks and Wildlife Conservation (DNPWC), Nepal saw deaths of 33 tigers in the last five years across the country’s protected areas due to natural disasters.

Need of the Hour!
The Global Tiger Day was established following a global convention agreed upon among heads of nearly 13 countries as part of a conference held at Saint Petersburg of Russia in 2010. 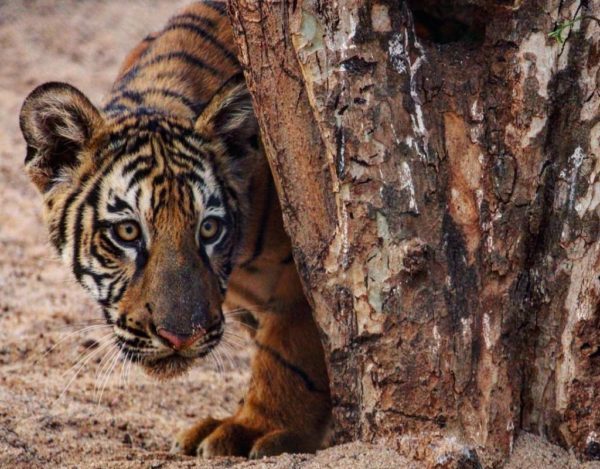 For the first time in more than 100 years, WWF reported a rise in tiger population in April 2016.

As the records show, the world currently has around 3,890 tigers across the forests more than an estimated 3,200 recorded in 2010.

This rise is majorly attributed to effective conservation measures taken over the period.

According to conservationists, intensive poaching activity is causing a major hurdle for the increasing tiger population, majorly for their fur and bones for medicinal purposes.

Looking at this scenario, global biologists feel that continuing such a trend may lead to full extinction of tigers in the coming ten years.