"Women's fight for equality is a constant fight, which can never end so it has to be guarded very safely," --Valerie Julliand, UN Resident Coordinator for Nepal
Nepali Mahila
Special Stories 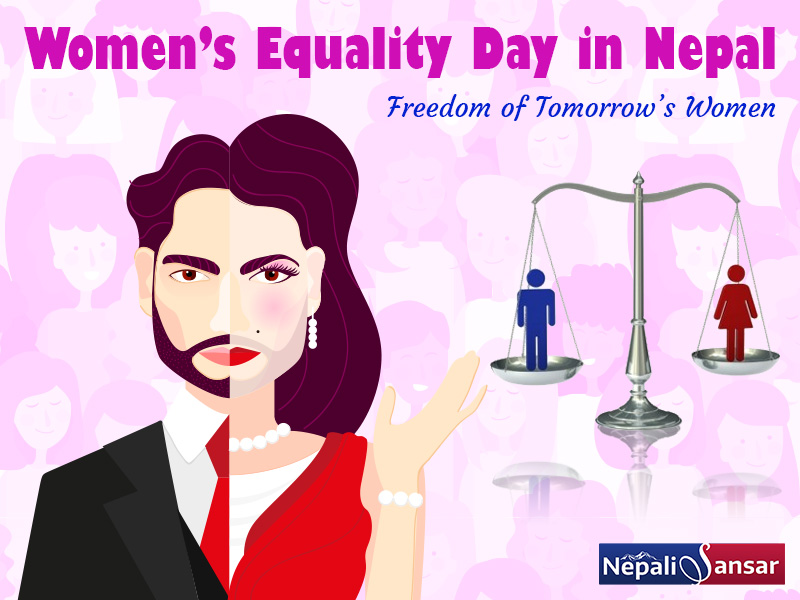 The months between October 2015 and June 2016 saw some exceptional Nepali women rise to power – the President, the Speaker of the Parliament and the Chief Justice of the Supreme Court!

A victorious moment for all Nepali women around the world indeed! But that didn’t put an end to an ancient tradition of suppressing women’s freedom. In fact, the journey is a long way to go.

Yes! Nepal definitely has a long way to go in bringing empowering its women. But some recent events from the year 2017 have reinstated our faith in humanity and justice.

Social Stigmas and Inequality against Nepali Women:
Nepal is a developing nation, but there are many traditional practices and other societal thought-processes that influence the ideologies and mindsets of the citizens of this nation; restricting their women from exercising their rights.

Some of which include:

What measures need to be taken?

“Awareness and advocacy are very important. If women are intellectual and have access to education and economic opportunities, empowerment is possible,” says Valerie Julliand, UN Resident Coordinator for Nepal.

The United Nations has been working closely with the N Nepali adult fe epal government, lawmakers, judiciary & executives with national and international civil societies in law, policies and capacity building to do the following:

So, how have Nepal’s ‘S’heroes contributed to Women Equality? 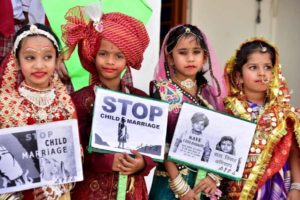 Change needs to be brought about at the grass-root level and no one understands this better than Sangita BK. She currently leads the Pariwartan Girls’ circle and is teaching 28 girls to fight for their rights.

Sangita convinced her parents out of her own marriage at an early age and now she’s convincing the government against child marriages in Nepal.

With skills and training from UNFPA, she now shares her knowledge with girls who have the same story as hers and who can still be saved from the curse of child marriage.

Sangita now has a community that supports her cause against child marriages and chhaupadi, a practice that keeps menstruating women away from their homes. 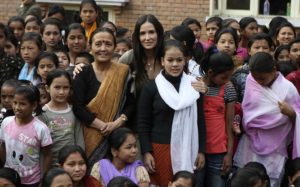 Aama is Nepal’s most loved mother and why not? Anuradha Koirala is a mother to every survivor of human trafficking because she leaves no stone unturned in saving them from the menace.

With an ever-vigilant team, she has been rescuing young women since 1993. Not only does she rescue them but supports them mentally and emotionally. She helps them make a living for themselves.

Bridging the gap between urban and rural population in Nepal, GET Nepal empowers young girls through travel.

While travelling is not an option that the rural community would consider, Sajana’s team works to bring these girls out of their societal stigmas and learn & understand the world through different cultures, lifestyles and exchanging skills/knowledge.

And then we cannot overlook Aama Surakhsya’s contribution in ensuring safe childbirths by drastically reducing maternal mortality and infant mortality in Nepal.

Other than providing timely transport to ensure safe childbirths, the community is working in challenging the existing health practices in Nepal.

Thanks to the program, more than two million Nepali women have access to medical services in the hilly terrain of Nepal.

The recent bill on single-motherhood sent some waves across the country and provided the much-needed relief for single mothers in Nepal.

The new bill titled Right to Safe Motherhood not only enables single mothers to pass on their identity to their child but also incorporates some stringent laws concerning the medical health of mothers.

The History of Women’s Equality Day

August 26, 2018 marked Women Equality Day, which was first celebrated in the US in 1920. The day commemorates the adoption of the 19th amendment to the UN Constitution, which granted American women the constitutional ‘right to vote’.

“The struggle for women’s suffrage, however, was only the first step toward full and equal participation of women in our Nation’s life. In recent years, we have made other giant strides by attacking sex discrimination through our laws and by paving new avenues to equal economic opportunity for women. Today, in virtually every sector of our society, women are making important contributions to the quality of American life. And yet, much still remains to be done”.

Coming back to Nepal, the journey for Women’s rights has been as old as the People’s War, which petitioned against economic stagnation, high unemployment, poor education among many other factors prevailing during the monarchic rule.

The 40-point set of demands penned down by Maoist Communist Party included a specific demand for women calling for equality through ‘stopping of patriarchal exploitation and discrimination against women’.

The CPN-M later formed the All Nepal Women’s Association which organized grassroot campaigns against caste and gender discrimination throughout the war.

The movement encouraged women to become action-oriented and insurgency participants. A lot of women believed that a struggle for democratic rights should be a struggle for women rights.

The belief would help them bring about legal equality, political participation and socio-economic empowerment. Throughout the People’s War, women were political activists and guerrilla soldiers, contributing to 40 percent of the military group.

Conclusion:
While the rest is history, we hope for a brighter tomorrow in Nepal’s economy where women are equally empowered as men and utilize their rights as Nepali citizens to their full potential.