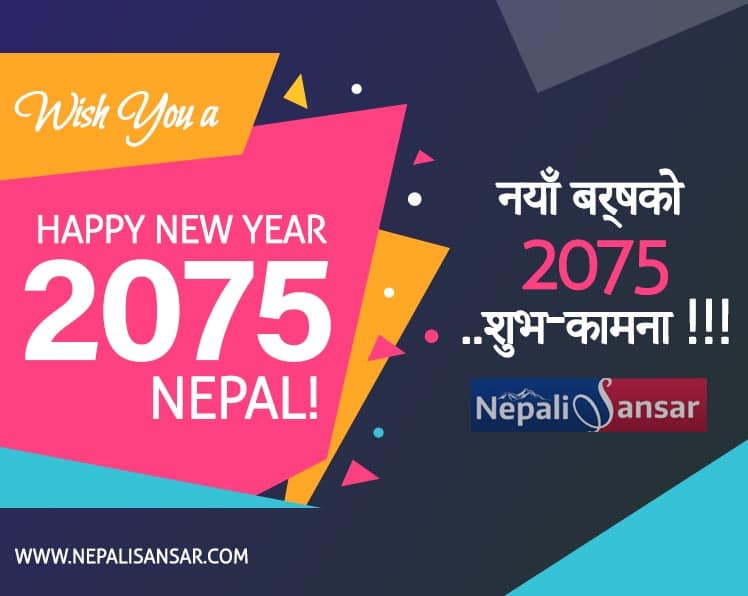 2074 has really been the year of transformation for Nepal as evident in the developments the country has witnessed during the period.

New year for Nepal is something different from that of others as the country follows its traditional Hindu calendar called Bikram Sambat.

Nepali New Year falls in the month of Baishakh as per Bikram Sambat.

With more than 60 ethnic groups with respective cultures, languages and traditions, Nepal celebrates nine different new years in different parts of the year, reflecting its nature of unity in diversity.

However, the one that comes in the month of Baishakh is considered as the national new year and the country’s official calendar starts on that particular day which usually coincides with April 14 of the Georgian calendar.

Bikram Sambat derived its name from the Indian Emperor Vikramaditya and has been the official calendar of Nepal since times.

Now, let’s take a closer look at some of the interesting events and celebrations on the eve of Nepali New Year 2075:

On the eve, the Karnali Province has also decided to observe the New Year 2075 as the Rara-Karnali Visit Year-2075. Towards this end, the Karnali Provincial Government has called on all domestic and international tourists to make a visit to Rara to experience the beauty of Karnali.

As part of the national health program ‘My Year 2075’, by the Ministry of Social Development ‘My Year 2075’, Province 1 i.e., Biratnagar has planned a health awareness campaign under the theme ‘Responsible for Health, Basis for Prosperity’. 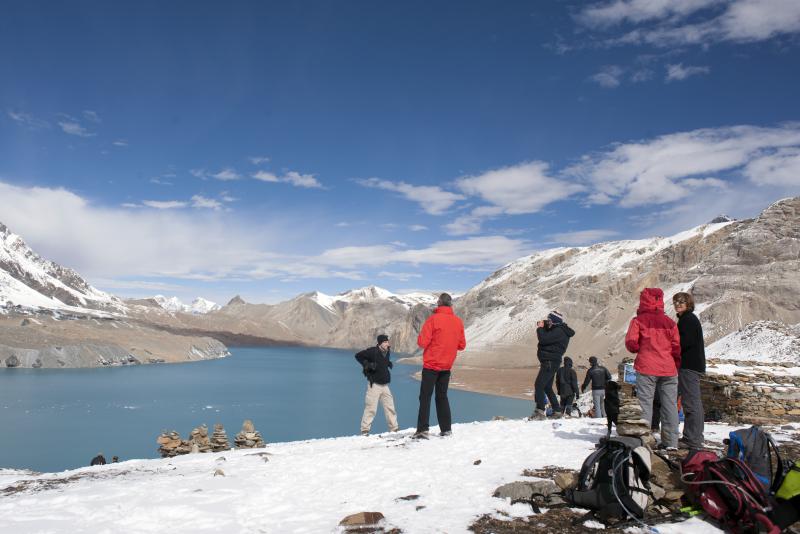 The number is expected to be higher for 2075, says the Chairperson of the Tourism Entrepreneur Association of Manang Binod Gurung adding that the hotels in and around the place remain packed during new year time.

Tilicho Lake is known as the world’s highest lake for its size and is a popular trek destination in the Annapurna Circuit trek.

Nepal Tourism Board (NTB) has also planned a sponsored street food festival in Bhairahawa on the eve of the new year.

The festival to be held along the Belhiya-Butwal trade road is being held for the third time consecutively since the last three years at the entrance of Lumbini in Bhairahawa.

For the first time, Chitwan has hosted the ‘Narayangadh Food Festival’ on the occasion of New Year 2075. The festival that began on April 13, 2018 will continue till April 16, 2018. As many as 60 food stalls have been placed with varieties of food items. Around Rs 2.5 million is estimated to be spent during the festival. 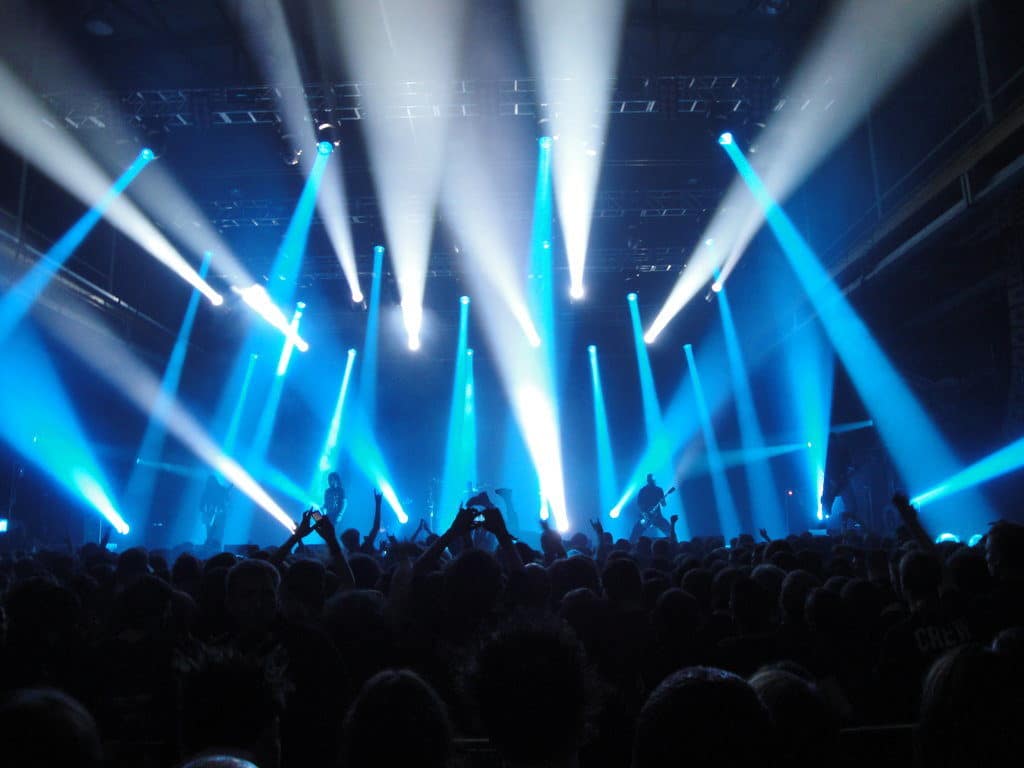 Marking the 2075 celebrations, a special musical program has been planned in Bardaghat of Nawalparasi District on April 14, 2018. 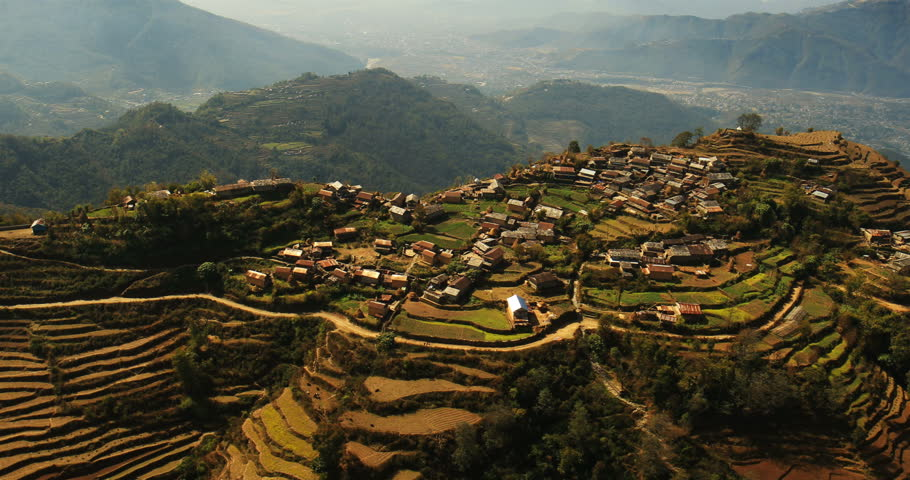 The West Bengal Newar Development & Cultural Board has planned various celebrations in the hilly areas of Nepal on the eve of the New Year 2075.

“Almost everyone in the Hills often talk about the Lakhey dance. The people know that it is a Newari dance ritual, but there are several other rituals or programmes like the Bhalakhey and the Bhucha-khacha. Our cultural unit will perform and showcase the different cultural items on the occasion of Nepali New Year-2075 on April 14 in Kurseong,” said Sunil Pradhan, Chairman of the Board.

The Board is also planning to bring Nepali Newari experts to teach different Newari traditions and culture to the people living in the hilly areas.

For the first time in Portugal, the Non-Resident Nepalis Association (NRNA) Portugal has planned for special celebrations marking the arrival of New Year 2075 promoting Nepali folk and art.

According to the Chairman of NRNA Portugal Kuber Karki, the event is also aimed at promoting Nepali tourism in European countries.

As part of the event, various stalls promoting Nepali garments, handicrafts, products and Nepali dishes, among others will be held. 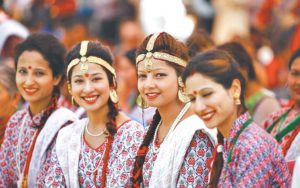 “The main attraction of Pokhara, Fewa lake is shrinking year by year due to pollution and other reasons. The festival seeks to promote tourism here by spreading awareness about the conservation of the lake at the same time,” says the Western Regional Hotel Association Pokhara (WRHA) General Secretary Ganeshraj Pahari, informing that the festival is expected to witness over 100,000 visitors.

Nepal Tourism Board (NTB) is promoting the event.