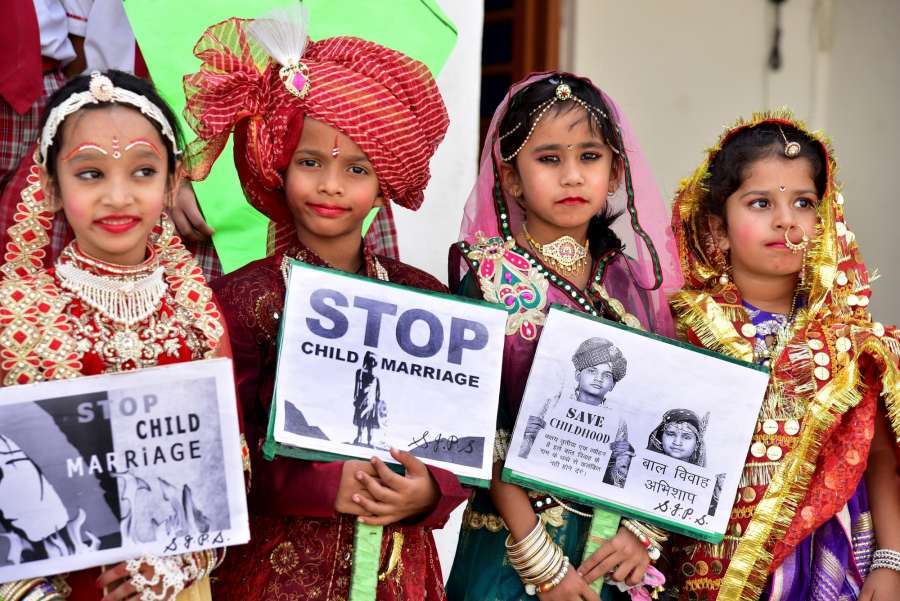 Women are key to the development of any society. This is the fact that has been reverberating around us since generations.

But, digging to what extent that’s being applicable in the today’s world sheds light on real concerns surrounding a woman/girl child. One such major concern that many world nations have been fighting for centuries is ‘Child Marriages’.

Development over the years brought in societal transformation in many nations. However, there are few nations that are yet to see a full-fledged transition in all terms. Nepal is one among them.

Despite crossing over centuries, Nepal is still fighting with some age-old practices, one of them being ‘child marriages’.

Child marriages in Nepal has been a long matter of debate bothering many communities across the country for generations, with some of them strictly following it as a customary and socially-established practice.

Key Reasons and Impact
According to international bodies who reported Nepal’s scenario so far, child marriages in Nepal are majorly attributed to the lack of awareness, literacy, openness to change, social inclusion and other aspects among the majority of the population. 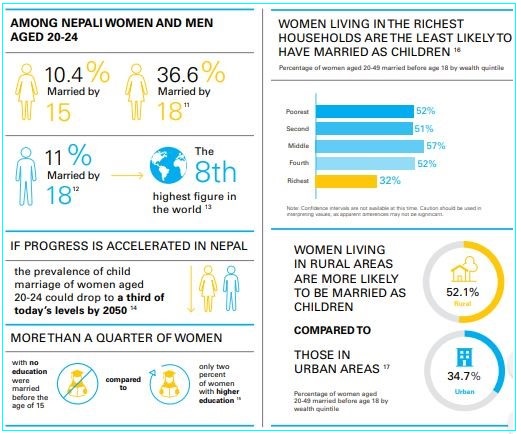 A survey based on the Nepal Multiple Indicator Cluster Survey (MICS) 2014 data reports high contribution of child marriages to the increasing school drop-outs among girls in the country.

Fig. 2 Distribution of the highest grade completed by women aged 20–24 who left school due to child marriage

Fig. 3 Number and percentage of girls aged 15–17 by schooling status and marital status

Adding to the concerns, the April 2015 earthquake raised fears over supposed increase in number of child marriages owing to worsened situation of the public.

What Addresses the Menace?
Considering the aforementioned factors, there are few ways that renowned international rights bodies recommend, to stop child marriages. These include:

Social and human rights organizations of Nepal feel that the existence of child marriages menace is obstructing the country’s progress in line with the Millennium Development Goals (MDGs) set by the United Nations.

Despite the existence of relevant laws that stipulate 20 years as the legal age for marriage for both girls and boys, the Ministry of Health records show nearly 30 percent of girls getting married at 15-17 years of age.

“We certainly need to strongly lobby against early marriage, but we are hampered by a very poor monitoring system to implement the existing law. Our biggest challenge is the family’s attitude towards educating their girls,” says Dibya Dawadi, Deputy Director-General, Department of Education, Nepal.

Unfortunately, child marriages work against all these MDGs stopping the sustainable growth of the Nepali citizens.

Activists feel that the change has to start from touching roots of the problem i.e. addressing unemployment, economic situation, among others forcing families to indulge in anti-social practices like child marriages.

What Key Associations & Their Leaders Say?
Unless people are made aware of devastating multi-pronged effects of early marriage, they will not strive to eliminate it from society. People should also be made aware of human rights, so that they are aware of their own rights and the rights of children. Only then will parents be motivated to ensure that their children enjoy their right to childhood  – World Plan International

Child marriage is a common problem in Nepal’s rural areas. About 50 percent marriages take place before youth turn 18 due to a lack of awareness, poverty and weak enforcement of child marriage legislation.  – Plan International

Women living in rural areas are more likely to be married as children those in urban areas. Nepal has one of the highest rates of child marriage in Asia – for both girls and boys. Although the legal age of unions for both sexes is 20, more than a third of young women aged 20-24 report that they were married by the age of 18, and just over one in ten by 15.  – UNICEF

Child marriage deprives girls of educational opportunities. However, supply-side issues such as poor access to school, low quality of educational provision, and poor skilled employment prospects, as well as demand side challenges such as concerns over safety and security or the need for unpaid household labor may be important contributing factors to child marriage. Girls may therefore discontinue their education due to a range of factors and then, as they are unable to complete their education, enter into marriage.  – A Study based on the Nepal Multiple Indicator Cluster Survey (MICS) 2014

Early marriage should be stopped because it not only affects girls’ education but also their health. After marriage, these girls rarely come back to school and even if they do, their performance is very poor. Early marriage negatively impacts their self-confidence.  – Sumon Tuladhar, Education Specialist at UNICEF Nepal

Sticking a mother in jail is not helpful when she may have other young children with no one to feed and protect them. Child marriage is extreme denial of children’s rights. Many girls also suffer from abusive marriages as they are married to older boys.  – Helen Sherpa from World Education

Child marriage not only discriminates against women and girls in Nepal, it is a violation of their basic human rights. Young brides are pressured to give birth soon after marriage and are susceptible to both domestic and sexual violence—escalating harms that have a profound negative impact on the health, education, employment and dignity of women and girls. The government of Nepal has an immediate obligation to stop child marriage.  – Melissa Upreti, Regional Director for Asia, Center for Reproductive Rights

The government needs to prioritize the implementation of laws prohibiting child marriage in Nepal. We have to guarantee that our women and young girls can exercise their constitutionally protected rights and end this discrimination against them in the name of marriage.  – Seikh Chand Tara, Chairperson, National Women Commission

On an End Note
Hope, continuous efforts by governments in the form of laws and human rights activists supported by global aid agencies will address the long-standing menace of child marriages in Nepal, contributing to the country’s developmental path. 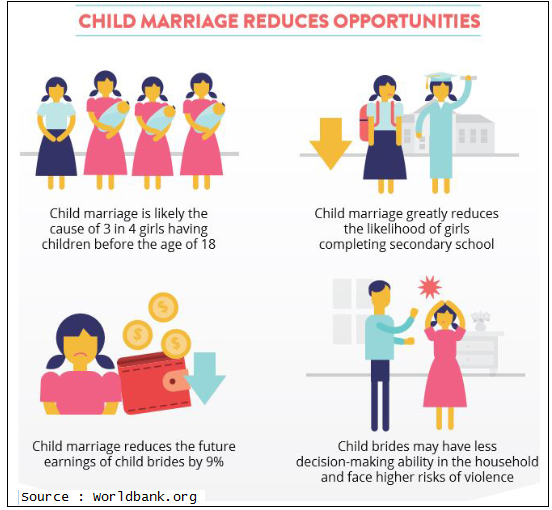