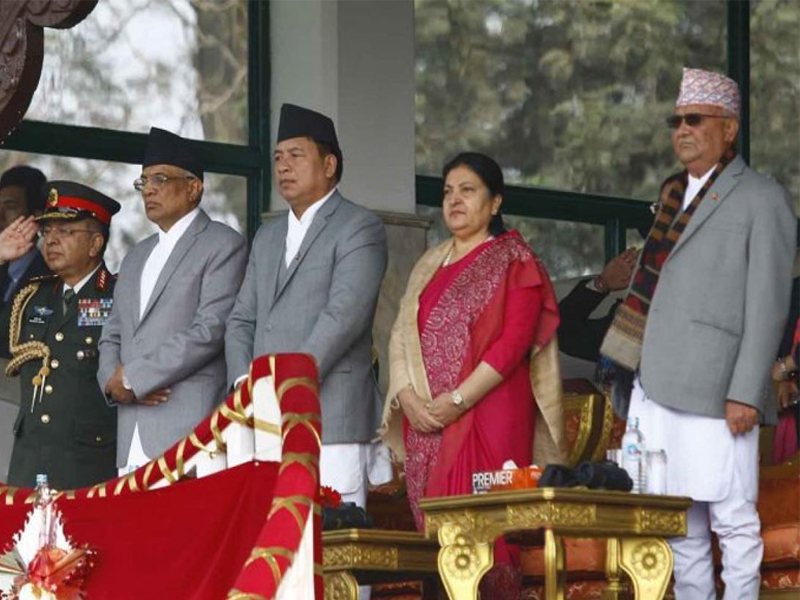 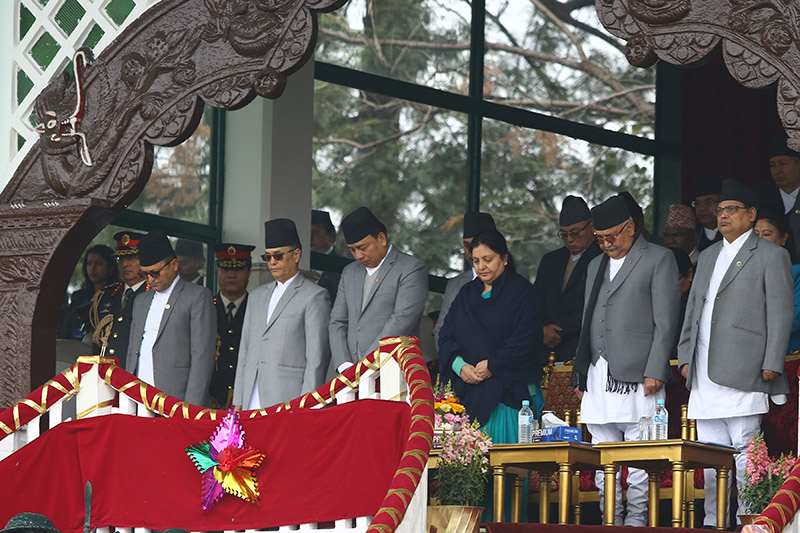 During the event, Nepal’s national anthem was recited and homage was paid to all the martyrs. A Nepal Army helicopter hoisted a banner with the words ‘69th National Democracy Day-2075’. 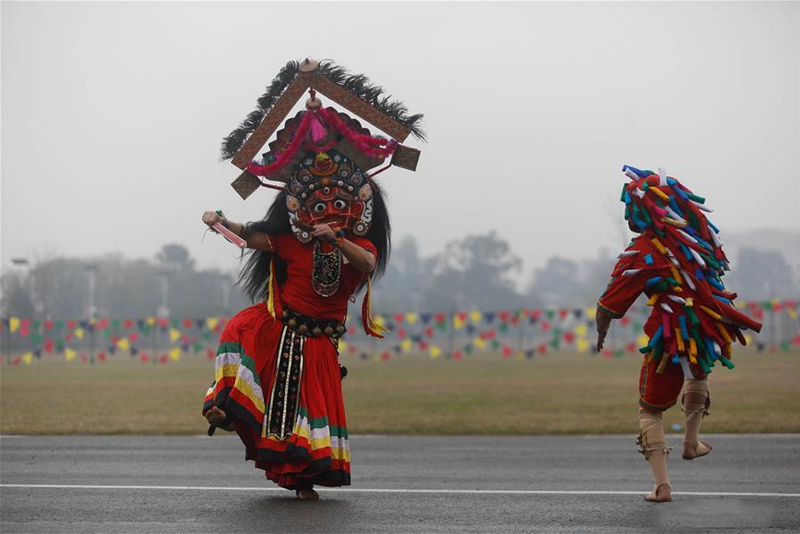 While addressing Nepal on the occasion of the 69th Democracy Day, PM Oli gave emphasis to proportional development in Nepal.

“Nepal has arrived at this point by overcoming various obstacles, averting adverse situations and defeating the then absolute rulers. The time which we have gained now is not possible through absolute development and hinders the constitution we have adopted,” said Oli.

“I appeal to all natives, well-wishers and the foreign countries to come participate and help in the development move,” added the Prime Minister.

Under the chairmanship of Chief Minister Sher Dhan Rai, Province 1 formed a 501-member main committee Rai to host a three-day celebration in view of the 69th Democracy Day.

Several arrangements were made across the province, including illumination at educational & private institutions, industrial centers and government offices, distribution of fruits at child rehabilitation centers and in Koshi Hospital and a morning rally among others.

Democracy Day, also known as Rashtriya Prajatantra Diwas is celebrated as a reminder of Nepalese freedom from the 104-year old Rana regime.

The people of Nepal suffered under the corrupt Rana rule that robbed them of a lot of opportunities. On the other hand, the Ranas enjoyed a life of luxury and comfort. During that time Nepal was rampant with corruption, discrimination and violent treatment at the hand of the influential.

The end of the Rana rule established democracy in Nepal –  rule of the people, by the people and for the people! 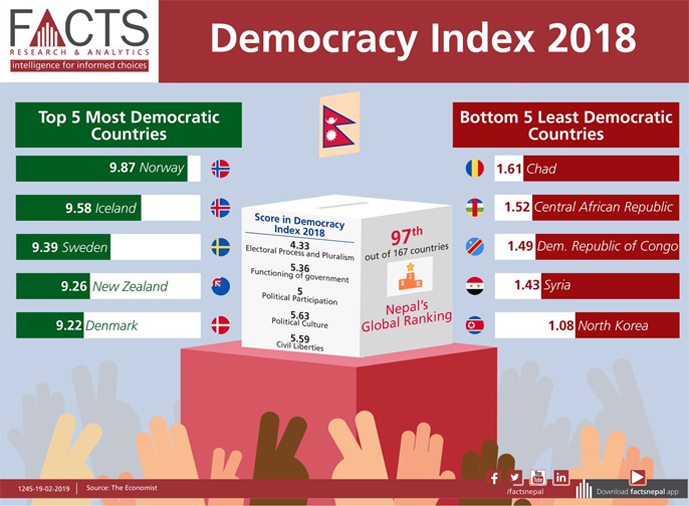 During the famous decade-long revolt against the Rana autocracy, as many as 13,000 people lost their lives and about 1,300 went missing. Besides, there were many reports of human rights violation.

The Nepal Government had formed a commission to investigate the missing reports. However, hardly any progress has been made in this area, which has drawn attention from world governing bodies.