Week-long ‘Gaijatra’ All the Way in Nepal! 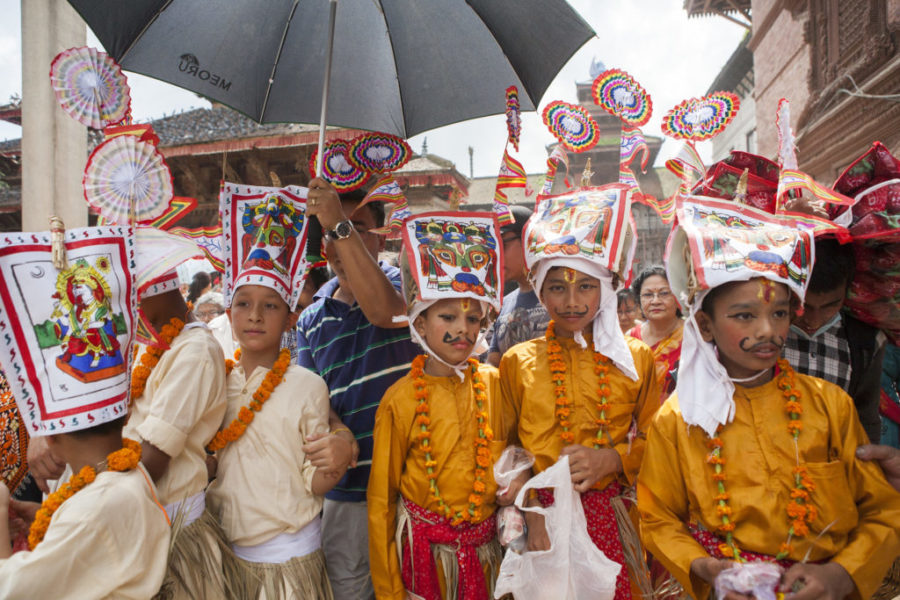 Nepal’s Gaijatra 2018 or the ‘cow festival 2018’ began on August 27, 2018 on a grand scale and is being celebrated across three cities of the Kathmandu Valley and other key regions of the country.

Following Nepal’s vedic calendar, the festival began on the first day of the waning moon in the month of ‘Bhadra’ (Nepali month).

As the festival arrived, all sections of society roam around the city in the guise of cows and lunatics, in traditional attire to commemorate those who passed away in the past one year.

As part of the procession on this auspicious day, public offer fruits, bread, beaten rice, curd and money to the participating members and cows in the name of their deceased family members.

The cow is highly regarded in this festival owing to a strong belief that the deceased cross a legendary river after their death safely only by holding a cow’s tail.

The festival has been under practice since ages and is believed to have started during the reign of King Pratap Malla. King Malla, in a move to console his wife who was crying at her son’s demise, ordered his populace to organize humor and satirical programmes in various comic postures.

Since then, the festival has been continuing as a means to public in presenting their views on the contemporary social issues in the form of comic postures and attires.

The festival is majorly observed by the Newari community of Nepal and will last for a week period.